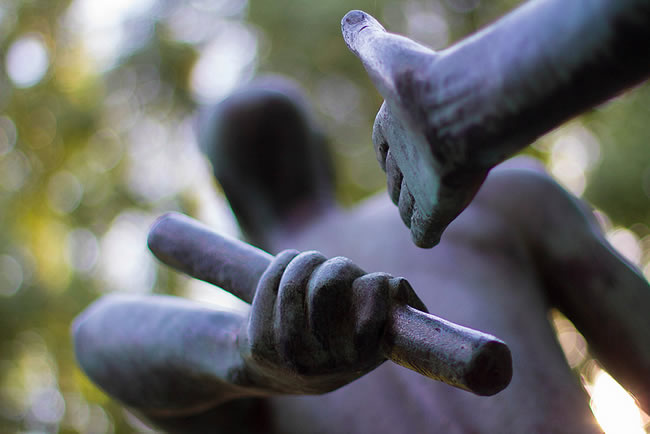 Traditionalist caucus groups like to draw out the extremes of progressive expressions and claim, “this is what The UMC will look like.” But is that true? Will United Methodism suddenly become this bastion of progressivism at last, inclusive of all LGBTQ+ persons, progressive theological claims on God and Jesus, dogs & cats living together, mass hysteria?

No. They won’t. And math and polity are the reasons why.

In our polity, decisions about doctrine and practices of The United Methodist Church are made at the General Conference. The UMC is a representative democratic institution, meaning that ~800 delegates from the varied regions of United Methodism meet to vote on its doctrine and polity at General Conference (basically our Congress). The next one is in May 2024, delayed from May 2020 due to the COVID-19 pandemic.

In practice, the UMC is not really representative or democratic, and it games the system by counting dead people to boost representation, as voting delegates are awarded like the House of Representatives in the U.S. Congress: population determines the number of votes. For 2024, a populous conference like Oklahoma gets 14 votes split between clergy and laity, whereas a smaller conference like Pacific Northwest gets two votes.

Since at least the 1980s, progressives have been a minority in the church at the General Conference, whereas conservatives (and more recently, fervent Traditionalists) have the majority vote. Any change to be more inclusive in our doctrine and polity with regard to LGBTQ+ persons has not yet reached a majority opinion in the denomination.

But is that soon to change?

With the expected exodus of people, property, and finances to the Global Methodist Church starting on May 1st, progressives and traditionalists alike are claiming this will immediately lead to a progressive takeover of The United Methodist Church.

They are both wrong. Let’s see why.

Traditionalists like to use scare tactics that the UMC, after separation, will become this heretical, deep pit of despair. For example:

However, such claims fall short when you look at the United Methodist polity. Those foundational beliefs are baked into the sections covered by the Restrictive Rules, which state:

The Restrictive Rules are found in Section III of the Constitution, stating the General Conference may not “revoke, alter, or change” the Articles of Religion, the Confession of Faith, or the General Rules of the Societies.

The barrier to changing those is so high that finding a supermajority of progressives in The United Methodist Church willing to change those beliefs is prohibitive. Even in more progressive church denominations, such intrinsic beliefs have not changed. So this is just a scare tactic to get people to leave The UMC and bring their people, property, and finances to a separatist movement. Don’t believe it, and shame on Traditionalists for their craven lies.

On the other side, posts from progressives such as “looking forward to a more just UMC in 2024” and “so glad when the Global Meths go away we can vote in full inclusion of gay and lesbians” are prevalent on social media. Here’s why that also is in error.

So what happens to this redistricting after a large group of conservatives leaves The UMC? Does it change the calculus in favor of progressives? Let’s use simple numbers:

Those numbers are still not enough to get a majority vote on LGBTQ+ inclusion.

Why do I name this? One of the most devastating moments for progressives like me was at General Conference 2012 when we narrowly lost votes for inclusion or “agree to disagree”–a shock after some of our leaders claimed we had the votes. I don’t want to set up 2024 to be more of the same, so we need to be transparent about the numbers.

Detailed Addendum: It’s actually worse than the above. If a church has rejected the United Methodist connection, they likely haven’t been connectional enough to keep accurate membership records–instead, they are artificially inflated. We examined this in 2019, showing the data in membership has not reflected the reality. So when megachurches (or folks who didn’t care about the connectional quality of data) leave, they take with them a disproportionate number of member seats. That reduces the regional numbers overall at redistricting time, which further reduces the voting strength of those suddenly-more-progressive regions.

Inclusive Churches are built on Hope

Traditionalists have fake news, but thankfully, progressives have more than false hope. We have the same hope that has sustained us in our minority movement since the 1970s: the road is long, but it bends towards justice. The hope that sustained women seeking ecclesial suffrage and black Americans seeking to end segregation–that same hope sustains progressives seeking LGBTQ+ inclusion now.

Progressives are committed to that ongoing work–and we need to be clear our goals won’t come automatically. May 1st won’t be a done deal. The exodus of Traditionalists is not our finish line. We won’t get to a fully inclusive church by default. When Traditionalists leave, we need to do the work to figure out “who are we now” and “what do we need to do next” to be the Christ-centered, justice-seeking people God needs us to be.

We won’t stop working for it. We will get there. Progressives can keep organizing and making disciples and nurturing relationships of equity and mutuality. It’s in our nature to care for the connection, and unlike the GMC’s locked-down polity, there’s always an open door to effect change in The United Methodist Church.

Along with this work, the two paths to a unified and more just church are quite attainable:

For conservatives and traditionalists reading this article, if you know in your heart you will never, ever want to affirm LGBTQ+ full inclusion in your church, then get out while you can. Stop the harm and democratic abuses that the traditionalist Caucus Groups are manipulating you to do (so you keep sending them checks) and move your membership to the GMC that you seek.

Scare tactics by conservatives that the UMC will fall down a deep, dark liberal pit are as wrongheaded as progressives claiming the exit of The GMC will automatically create a progressive-majority UMC. Our polity and math simply don’t support either scenario.

But progressives have a solid path ahead of us if we do the work and don’t assume justice will come by default. Let us share, support, and organize to build the next Methodism full of justice, grace, and an enthusiasm to transform the world into disciples of Jesus Christ.