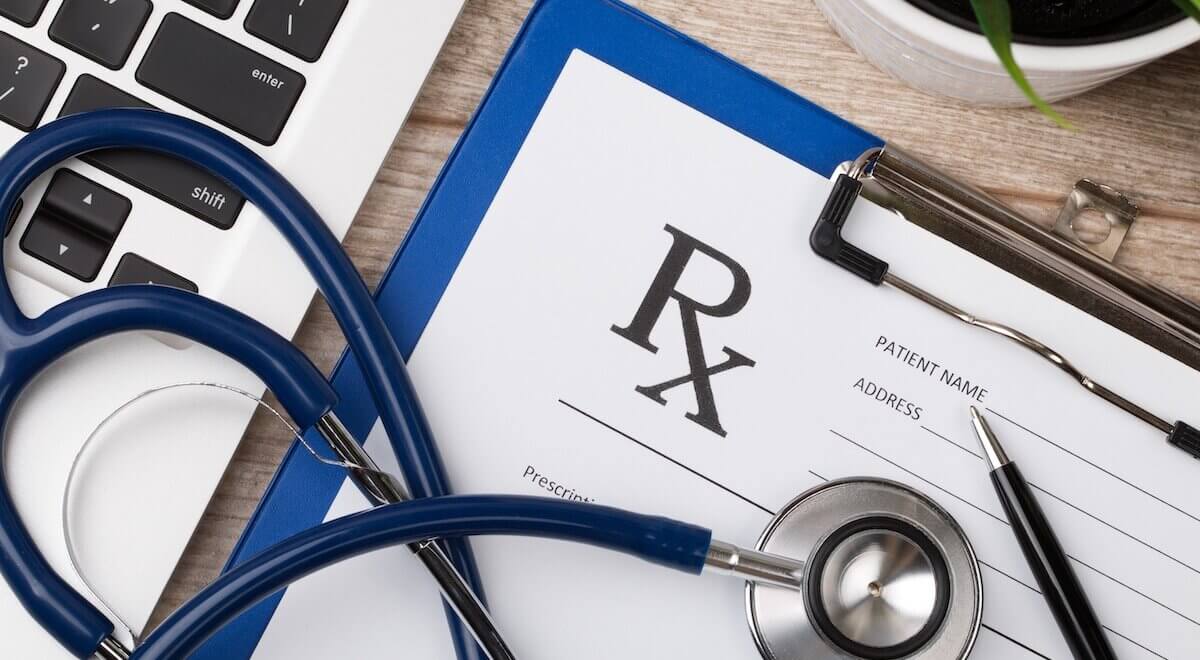 Five states significantly reduced the effects of the opioid epidemic through one unusual accountability practice, and Methodists of all kinds would do well to pay attention.

On a July 2022 episode of his podcast Revisionist History, Malcolm Gladwell looks at the opioid epidemic. He stumbled upon an “ah-ha” moment that made me think of the United Methodist Church.

In the episode “In Triplicate,” Gladwell examines an obscure line in the California Narcotics Act of 1939 that stated prescriptions of addictive painkillers (i.e., opioids) had to be prescribed on particular forms in triplicate. You’ve seen the white forms with yellow and pink carbon copies, right? One copy would stay with the physician, one to the pharmacist, and one to the central oversight agency, all to be kept on file for years.

What looked like a bureaucratic nightmare actually had a tangible effect on rates of prescription abuse. A recent paper looked at the data and saw that the five states that required triplicate forms in the 1990s had demonstrably lower rates of opioid abuse than neighboring or similar states that didn’t have a triplicate program.

It’s easy to imagine why. If physicians knew pharmacists and oversight agencies could tell the number of opioids being prescribed just by the number of carbon copies in the physicians’ file folders, they would be hesitant to prescribe too many. And the opioid drug companies noticed, writing “triplicate laws seem to have a dramatic effect on the product usage behavior of the physicians.” Gladwell claimed those triplicate states had 50% lower rates of opioid abuse than other states and as much as 25% lower violent crime, even 20 years into the opioid epidemic.

In summary, triplicate forms cause a chilling effect on physicians over-prescribing opioids because the forms remind those physicians that other people are watching over them.

In Matthew 8, we see that accountability mattered in Jesus’s exchange with the Centurian. John Wesley heeded this scriptural call to accountability. His original structure of the Methodist movement included small groups that asked, “how is it with your soul?” and class meetings that provided accountability for sloth and other sins. Accountability was face-to-face in small groups, but it usually included someone “higher up” monitoring those relationships, even after John Wesley died.

As Methodism built institutions to perpetuate the gains of the Wesleyan movement, accountability followed. As a result, general church structures monitor how minorities are empowered and how clergywomen are supported in the largest American denomination to ordain women. Even though United Methodism falls far short of the ideal or acceptable in these areas, I shudder to think how worse things might be if there wasn’t oversight and resourcing of those minority voices.

Incidentally, I wrote this article in January, when “End of Year Reporting” becomes an expectation of every church in the connection. Without accurate data, there’s no accountability. For example, after noting irregular membership numbers, I called for a Jubilee Year on church membership numbers to get us more accurate and stop the over-representation of megachurches. We didn’t. As disaffiliating churches take away thousands of members on paper that do not sit in the pews, it makes United Methodism look bad by the numbers.

Accountability has become a lightning rod in United Methodism. Those who most often call for accountability against LGBTQ+ inclusive actions are also the ones that roll their eyes at the monitoring reports by the oversight Commissions and that rail against statistical reporting in Facebook groups. After years of budget cuts, those oversight Commissions are among the smallest staffed in United Methodism, and faking statistical reports is an acceptable joke amongst the clergy. Still, it’s sobering to imagine where United Methodism would be without them.

The separatist movements from United Methodism will not have an equivalent to the General Commission on the Status and Role of Women monitoring how many men hog the mic at their gatherings. No Global Methodist Commission on Religion and Race will ask why persons of color receive less funding. There will not even be reporting of statistics in any meaningful way that provides outside accountability for executive pastor compensation or budget excesses.

Sure, separatist groups may put on paper that they affirm women’s ordination and the leadership of BIPOC clergy and laity. But there’s no triplicate form: no one is watching over those values in love. And without the chilling effect on sin that the Wesleyan Accountability practiced by United Methodist structures and statistics provides, I lament what might come in the coming years.  These separatist movements may trumpet how harsh they are on LGBTQ+ inclusion, but they have no interest in protecting from other excesses that United Methodism has held at bay for decades.

Our monitoring agencies are the recipient of many complaints. Our reporting of our annual statistics is a bane of every single pastor, even the geek ones like me. And yet knowing we are being watched over causes us to change our behaviors, aside from the really bad outliers. I am concerned about what could be coming for those who practice Wesleyan Accountability without these investments.

Watching over one another in love

Wesleyan accountability is best in triplicate. While often maligned, United Methodist structures have been sticking their fingers in the leaky dams of sexism and racism for decades. Our statistical reporting has provided at least a data pool from where accountability can start. The chilling effect of monitoring leads to a more robust form of Wesleyan Accountability than the ones practiced by the separatist groups leaving United Methodism.

I’m glad to #BeUMC for the coming years when we shed the weaponized forms of “accountability” against LGBTQ+ inclusion and continue to support the triplicate forms of accountability that watch over one another in love.