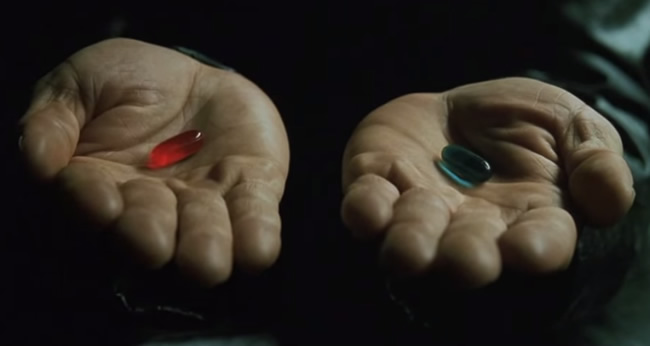 Churches that disaffiliate from The United Methodist Church are overwhelmingly choosing to remain independent rather than join the Global Methodist Church’s splinter denomination. Why is that?

What’s the Matter with Texas?

But there was an oddity: the resolution simply said to disaffiliate from The United Methodist Church. It didn’t say it intended to join the Global Methodist Church. Huh. That is strange considering the Woodlands houses the Good News Magazine, the principle thought leaders undermining United Methodism since the days when the UMC approved clergywomen and racial integration.

Faithbridge is another megachurch that held a vote the same day as the Woodlands: 100% in favor of disaffiliation. Again, the same story: they voted to disaffiliate, not to disaffiliate and join the Global Methodist Church. Huh. You can read the UMNews article here.

Those decisions come with legal and costly repercussions: newly-independent churches have to file for non-profit status now they aren’t under the UMC umbrella, changeover of benefits from a group membership to individuals, tax and legal documentation…all of which they would avoid if they simply changed denominations and went from one group to another.

But even with these cost factors, the Woodlands’ and Faithbridge’s decisions are not uncommon. In many annual conferences (we are still receiving full reports), less than 20% of the disaffiliating churches joined the GMC.

So why didn’t they just immediately vote to join the GMC? It comes down to strategy and control.

(Edited to add 3 hours after publication) I received “I was in the room” feedback on the original version of this post that I was missing some data, so here it is and some clarity:

So to be clear, what I’m commenting on in the following conversation are churches that held disaffiliation votes but did not hold subsequent votes to join the GMC. That’s an oddity to be explored.

If a church is wanting to join the GMC, then there’s a strategic reason to wait to join.

Looking at the GMC documentation, the threshold for joining the GMC as a United Methodist Church is a majority vote if joining the GMC vote is held as a United Methodist institution holding the vote after the 2553 conference above. (Side note: I’d love an analysis of how long disaffiliating churches have had their senior pastor…I suspect most have had them longer than the “Methodist average” of three years).

However, the threshold for joining the GMC as an independent church is…anything. A local church has to have a congregational meeting, approve a resolution, and then their application is done. It says in the documentation:

So we see that it could be 25% threshold instead of 51% that take a congregation to The GMC, if the insistent play their cards right. So a much smaller group of people can take a church to the GMC than if they voted the “United Methodist” way which includes more voices and alignment. So the average congregant should be wary of their church leadership if they are gaming their voting process in this way.

The second is the opposite of this: for churches that want to remain independent, at least for a time, disaffiliating rather than jumping to the GMC is worth the extra legal hassle because they can consolidate control without the accountability of outside polity.

It’s no secret that many churches are using disaffiliation to go independent if their theology has gone even further afield from Methodism. The aforementioned Faithbridge, for example, already offers baby dedications in violation of United Methodist polity–in fact, in violation of Global Methodist Church polity too!

But when a church becomes independent, they don’t have to structure anything according to United Methodist hard-won standards. Pastors can stay forever, financial decisions can be made by whoever they decide, there don’t have to be women on Trustees, etc. Free reign! It also means they don’t have to report any numbers or finances or be accountable for violations within their closed books or doors. Wesleyan Accountability as practiced by United Methodism keeps people who are in control TODAY from always being in control TOMORROW, by pastor or conference action. That won’t happen in independent churches as the people in power TODAY can be in power in perpetuity.

For people who are drowning in a rhetoric of freedom, there are plenty of control issues here. Time will tell if they thrive on their own or if they tether their tendrils to a new host denomination. The average congregant in these churches should be very wary of the power grab that could come from their leaders once they step out from under the umbrella of Wesleyan Accountability.

How should The UMC respond?

While I lament for the average congregant who may not know what abuses are on the horizon, it’s their choice to support such churches. What I’m more interested in considering is how does this trend affect how United Methodists are framing this moment.

Faithful readers of this blog know I haven’t committed a lot of space to analyzing Global Methodist Church polity. Strategically, it doesn’t make sense to poke holes in their polity because they can change them, plug loopholes, or fix errors at a whim, whereas United Methodists have to wait until 2024 to change anything. Besides, there are several groups that have done good work in this regard: South Georgia has the best topical comparison, Western PA has a deeper dive, and Rev. David Livingston continues as the best in-depth commentary.

But we see now that churches aren’t deciding whether to join the GMC or stay UMC, they are simply deciding to leave The UMC.

Thus, faithful United Methodists have the right strategy in the BeUMC campaign: reminding folks of the value of remaining in the connection. Because the potential for abuse is high, the incentive for congregational leadership to take autocratic control is anti-Wesleyan, and the “moving of the goalposts” means a small minority may be able to take a disaffiliated church to the GMC by hook or crook after they leave.

While progressives like me have long been frustrated by–or outright abused by–The United Methodist Church’s sinful shortcomings and sinsick structure, neither of these scenarios are better than our continued work towards a more just church on the inside.

These are all things to be wary of and lament for these churches that the grass is definitely not greener on the other side.