Home/United Methodist Church/The cruelty is the point: behind Florida’s veto of an entire class of new UMC clergy 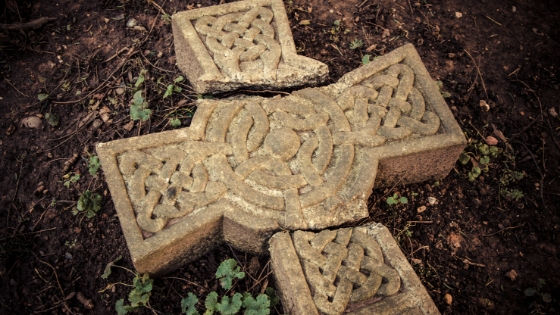 An entire class of 16 clergy candidates in The United Methodist Church was voted down in Florida because two of them were so unacceptable that Conservatives were willing to throw out the entire class rather than let “those people” live out their call to ordained ministry.

The Cruelty is the Point

In secular politics, The Atlantic writer Adam Serwer coined the phrase “the cruelty is the point.” It means that repeatedly targeting particular minority groups is not just scoring cheap political points but is intended to exclude that people group entirely from any positions of power or from even being able to vote at all. Antagonizing people out of politics and power entirely is the point.

That phrase now applies to 28% of voting clergy in the Florida Annual Conference who voted down an entire new class of clergy, 16 people in all, solely to target and remove two LGBTQ+ candidates, no matter the collateral damage to straight candidates and fellow conservatives. Unbelievable.

Let’s take a look at the details.

A quick primer on the ordination journey that has multiple steps and years along the way. Here are (roughly) the steps:

This is a long process. I went through almost the fastest you could, and it took me four years to get to Step 6, and eight years to get fully ordained. It’s a lot of time. As you can see, by the time a candidate comes to Step 6, they are well known by elected and nominated members of this process. Like Wesleyan Accountability being best-practiced face-to-face, the closer people are to candidates, the best they can discern with them whether ordained ministry is in their calling.

However, at each level are folks who see themselves as gatekeepers, as people who feel the need to keep the standard of clergy high and keep the riff-raff out. For most, it’s not a cruel decision as they are setting an arbitrary standard regardless of the candidate. Fine, whatever.

But for some, that gatekeeping is to keep specific demographics of people from becoming clergy: either grads from THAT seminary (this happened to me) or–yes, really!—women, or members of the LGBTQ+ community. It doesn’t matter the candidates’ call or fruits of ministry; the cruelty is the point of keeping “them” from conference membership.

At the Florida Annual Conference clergy session, we see examples of this type of gatekeeping turning into petty obstructionism, with very real consequences that were unnecessary and indiscriminately harmful.

Here’s what happened in Florida at Stage 6 of the above process on June 9th, 2022.

Florida had a class of 16 provisional candidates (11 elders, 5 deacons) that were up for a vote at the Clergy Session of the Annual Conference. Discipline mandates a 3/4 affirmative vote for passage. Keep in mind, up to this point, candidates have passed multiple examinations by people who know them directly and well. So it is very rare for a clergy session to dismiss the work of the ordination journey at that point, especially as people mostly don’t know the candidates well.

Florida has a tradition of voting for candidates as a class, not individually, so they were all up for a vote together. And yet when the vote came, for the first time in recent history, the entire class was voted down. Yes, you read that right. Conservatives and Traditionalists and WCA members voted down the entire provisional class. All 16 of them. All because two members of the class had publicly identified themselves as LGBTQ+. The cruelty was the point.

While 72% of Florida UMC clergy present affirmed the personal calls and collective discernment processes of these candidates, 28% voted no. One such person who voted “no” bravely called for a second vote to reconsider the denial of the entire class. It failed by a heartbreaking 7 votes.

There is real indiscriminate harm done here by this scorched earth action. The class included seven graduates from Asbury Theological Seminary, the vanguard conservative institution. Really? Were they unacceptable?? And while the provisional elders can get licensed for ministry anyways so that they can serve as clergy, the five deacon candidates have no such option and are cut out entirely. They remain laity until June 2023. Really? It was worth it to upend 16 lives and send families home empty-hearted after a canceled Commissioning?

Finally, what I want to know is how many of those “no” votes were from pastors who will no longer be in the UMC? While the FLUMC is voting on only 14 church disaffiliations this year, the actual number of churches intending to disaffiliate is much higher than that. It stands to reason that all or most of those 7 deciding votes came from pastors who aren’t planning on staying in The UMC anyway.

Other than voting down the LGBTQ+ candidates without regard for the collateral damage, I don’t really know what those nay-voting clergy were thinking. Maybe they were hoping the non-LGBTQ+ candidates would feel aggrieved and embrace some type of angry victimhood which would help the nay-voters justify their actions.

As it turns out, they couldn’t be more wrong.

The part of this story that sticks with me is that hours after this vote, with their guts punched and their futures uncertain, that entire class of candidates served Holy Communion at an annual conference service. Looking into the eyes and serving the bread and cup to likely some of those very clergy who derailed their lives with reckless abandon and erased years of discernment by people who actually knew the candidates inside and out. “The body of Christ, broken for you.”

That sort of resilience and faith is what the UMC needs. My prayer is that the clergy session vote gets reconsidered, that people who voted “no” reconsider the collateral damage of their actions and vote “yes,” and if not, then the “no” becomes a “not yet”, and the next year’s class is even more incredible than this one.