Home/Uncategorized/What Shape of Church will escape the Maelstrom? 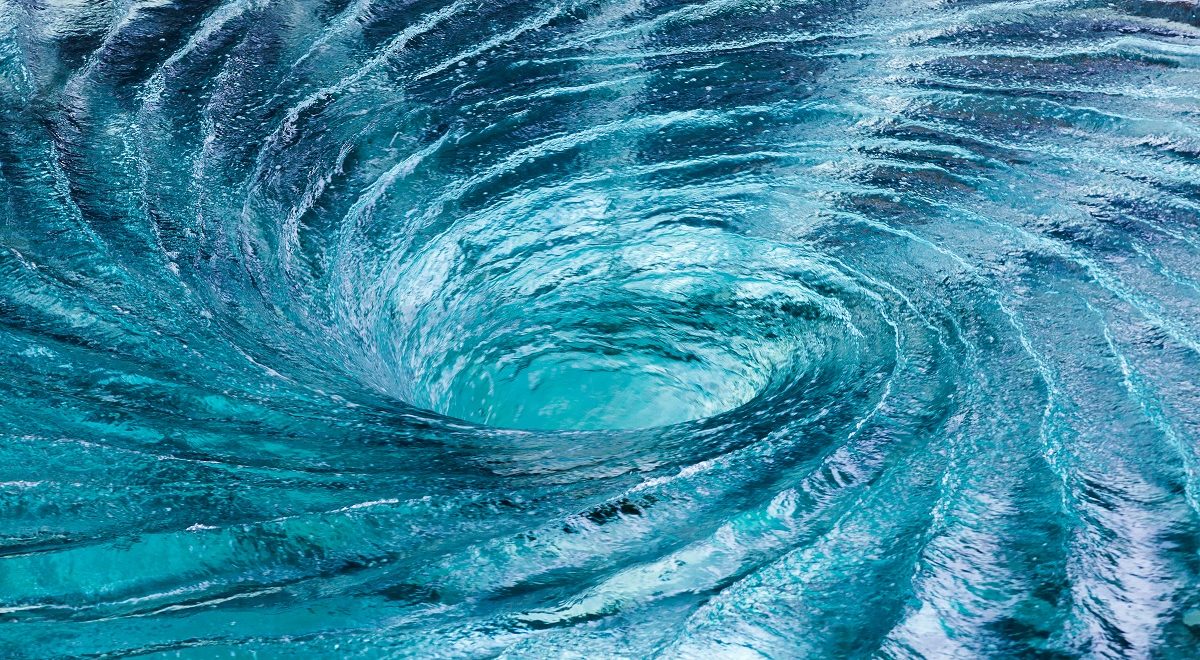 In 1841, Edgar Allan Poe, who is known for writing about birds who are just always so negative, wrote a short story called “A Descent into the Maelstrom” about a fisherman stuck in an ocean whirlpool. The story is a good metaphor for the Church as it tries to find its way out of the 2020s’ swirling pandemics.

Typical of Poe, the story “A Descent into the Maelstrom” has a lot of build-up, but in the closing pages, the fisherman and two others are in a boat that gets sucked into a maelstrom–a whirlpool, a devastating vortex in the ocean deep. His fishing boat is stuck in it, and for hours on end, they circle this whirlpool. If they keep their hand steady on the steering wheel, they won’t sink or escape.

Does that sound familiar to anyone? Anyone else spiraling in this season at times, feeling like we are in over our heads or in too deep, or other metaphors? Stuck sheltering in place while the world turns around us? Parents of young children just barely surviving online school while it seems neighboring singles or couples are thriving in isolation? Bueller??

But all was not lost for those stuck in the maelstrom. Poe writes about the moment of change for the fisherman when he realized they were just swirling and he could let go of his fear and start to live into the moment:

“The boat did not seem to sink into the water at all, but to skim like an air-bubble upon the surface of the surge. It stood like a huge writhing wall between us and the horizon…It may appear strange, but now, when we were in the very jaws of the gulf, I felt more composed than when we were only approaching it. Having made up my mind to hope no more, I got rid of a great deal of that terror which unmanned me at first.”

From Entropy to Escape

We know well that there’s a difference between your church enduring for a season and, as the season drags on, feeling like the foundation that keeps your church standing is slowly being chipped away. It can lead to fear, but it can also lead to faith and creativity.

Back to the story. The boat is approaching entropy, degrading in its swirling so that it will eventually be destroyed. So the fisherman loses his fear and becomes more curious while the other folks on the boat either get swept away or are petrified because of fear. But the fisherman looks around him and explores what he has to try to escape the whirlpool.

He throws off the cargo from the boat, and he watches to see what happens. Some things are sucked down and disappear, destroyed, but some things get thrown out of the vortex like a cow from a tornado in Oklahoma. The fisherman notices the pattern has to do with the object’s shape: Cylindrical things like barrels survive, while boxes and spheres and–obviously–boats don’t. So after failing to convince others of how to save themselves, he straps himself to a barrel and…throws himself into the whirlpool. Dude.

The fisherman is saved, launched out of the whirlpool to tell his tale. But the fisherman is also pretty wrecked himself: the stress of the escape caused his jet-black hair to turn white and his countenance to have aged a decade in a day–which hasn’t happened to any of us in this pandemic, of course.

Note: For this illustration, I’m indebted to UK theologian and professor Barry Taylor, whose course on H&Co I took this year.

Three questions for Churches in the Maelstrom

I love science fiction because it can take present realities or even future imaginings–this was written in 1841, after all–and can help us think through our present situation. Three questions for Churches came up for me.

My prayer for your church is that as we all keep steering our boats around this maelstrom, that we be willing to explore and make hard decisions, to pay attention and to care for each other until we have discerned the way out, and when we emerge on the other side, we may be so, so different than when we began.

Feel free to reprint this reflection for your leadership teams or staff to help give a framework for visioning in a pandemic. No permission is needed, only attribution.