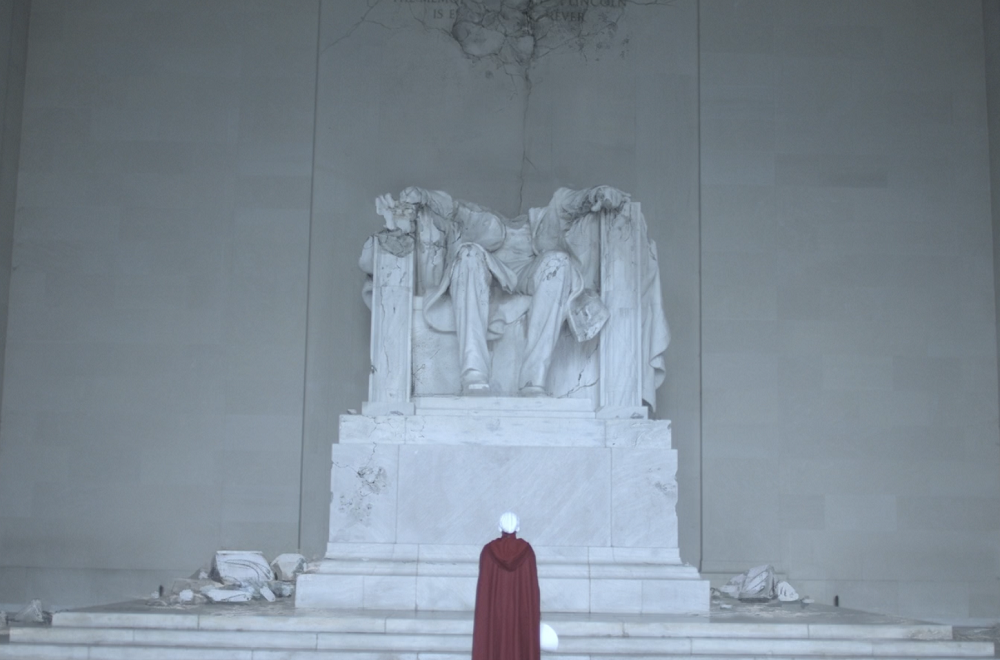 In religious circles, Sede Vacante means “the chair is empty.” Usually, it refers to the Roman Catholic Church after a Pope has died and before a new Pope has been elected by Conclave.

An absence of leadership or a rejection of authority leads to Sede Vacante. When chairs are empty, those who look to the chairs for authority are often lost until they’ve found a new authority to follow, leading to crises of faith of both the individual and the institution they once regarded.

The Chairs are Empty

There are tons of empty chairs right now. In boardrooms and offices. In pews and public transit. At teacher’s desks and wooden pulpits. So many chairs are now empty in this COVID-19 season we are in in church and society.

But “chairs” can also be metaphorical as society wrestles with a loss of authority in so many areas.

There are many others (add them in the comments!), but suffice to say: There is a crisis of authority in this country, and most of those crises are earned by the intentional failures of those in authority. However, in no previous era has the institutions themselves been so damaged and irredeemable while their broken husks continue to cause injustice, harm, and erosion of everything we hold dear.

What are we to do?

The Danger of the Interim Authority

When we are in between authorities, we wait for a new one. The Roman Catholic Church waits patiently for white smoke, indicating a new Pope has been elected. But for the rest of us, when we grow tired of waiting, we fall victim to trusting lesser authorities: authorities who play on your fears rather than better authorities that build on your hopes. The craven master manipulators of human emotion and psyches rather than appealing to our better angels, the divine spark within us.

These are the megachurch preachers who claim they can heal COVID-19. These are the television personalities who tell you to not trust the other media, only them. These are the backup, distant second, discredited scientists and government workers who are suddenly catapulted to the airwaves and hallways of power because of their abject loyalty to the Denier-in-Chief. And this is your uncle who told you crazy stuff all the time, and yet now, he seems to have more of the family (and a Facebook following) that listens. Ugh!

Without institutions and centralizing authorities that have credibility, we devolve into our echo chambers. But as the movie “V for Vendetta” reminds us, if we want to know who caused all of this, we have only to look in a mirror.

Researcher Bill Bishop in his 2008 Book “The Big Sort” examined the way how our diverse country has become more polarized in the past four decades. He studied the number of landslide counties: counties that went over 70% for a particular candidate in the presidential elections. Since the 1970s, the number of those counties increased 300%. That’s a lot of like-voting people living in the same place.  The question then was why did so many Republicans move to Cooke County, Texas, and so many Democrats to King County, Seattle in the past 40 years?

What the researcher was surprised to find was regardless of how much influence top-down gerrymandering or dark money in politics might have made for these landslide regions, the primary force for this change was bottom-up: choice of people like us. We moved to be in neighborhoods with people like us, who had the same Jed Bartlett 2020 bumper stickers we did.

We often choose the feedback loop of hearing our own thoughts of what is right or wrong reflected in our choice of watching Fox News or MSNBC, reading the Wall Street Journal or the New Yorker, reading daily bible reflections by Bishop Spong or Al Mohler, or listening to NPR or Talk Radio.

And now by divesting from the broadly-held authorities for years, investing our money, time, and attention only in our circles, only to those psychological manipulations, we cannot see “the other side” as having any authority whatsoever. We’ve all become sede vacante: every chair is empty except the leaders of our echo chambers who self-select who else will be in the seat tomorrow.

To get this country and church and your own family back on track, there’s three main components, and no, they don’t have to be consistent:

How else should we resist this erosion of truth, this denial of authority, and this rejection of the Gospel that calls for people to love God with their heart, mind, soul, and strength? Leave it in the comments.

Instead of sitting in seats, people are taking to the streets, looking for authorities to hold accountable or to give allegiance to. This crumbling of authority will only accelerate in the coming months and years, and I don’t want my three daughters to grow up in a world that has become so disillusioned they cannot function together, walking around in perpetual shock and entertainment-numbed inaction.

My hope is that by removing the bullies, turning red seas purple, and by becoming well-adjusted and well-read (the biggest fear of the sedevacantists), we can restore authority where it can be salvaged, and replace it where it can’t, centering those outside the majority culture that we have broken ourselves.