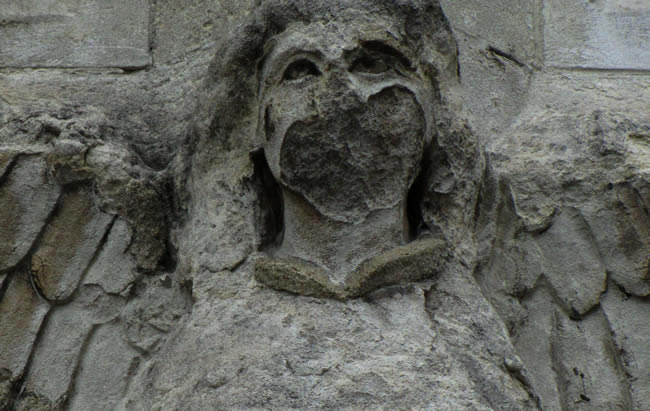 A Church that Eats Its Own

Back in 2014, this blog shared an anonymous article written by a person who works closely with victims of sexual assault, sexual abuse, and intimate partner abuse in The United Methodist Church. The writer shared the myriad ways how the system is stacked against victims of such violations, with examples:

Most of the people we work with are not people who were just beginning to write the required letter or because they did not know whom to contact. No, most of these conversations were because a person had filed charges, sought a resolution and were experiencing obstacles and miscommunication with those attempting to administer the disciplinary process. Church officials had ignored charges, assigned advocates who had been ignorant of the requirements of the Book of Discipline, and in one case, a victim was told she must attend a meeting with the Bishop and the alleged perpetrator without her advocate because the Bishop was going on a trip and would not reschedule.

Some of the people who have contacted me and others have initially appeared to be less than reliable, with a poor grasp on boundaries or reality. Others have been personally annoying or infuriatingly passive or conflict avoidant. I can easily imagine them failing to make their cases clearly or with the persuasive etiquette needed to succeed in a bureaucratic or judiciary setting. How convenient when predators choose victims who are already perceived as less trustworthy, persuasive or articulate than the successful and often charismatic perpetrator…

– This is sinful. Too many church leaders are poorly trained and unprepared to deal with disciplinary processes; therefore, victims must both advocate for themselves and educate denominational staff and leaders along the way.

– This is evil. Trials were not granted for the woman stalked by her pastor, the clergywoman bullied by her SPRC chairperson, the congregant who found himself without a church home because he had dated the pastor, and the clergy who left the ministry because the district superintendent asked her to remain appointed at the church after a member wrote a series of detailed threatening letters.

I’m sick and tired of it. I can’t sit silently by and allow my church to eat herself from within. We MUST do something differently.

Read the rest of the article here

Unfortunately, since that 2014 article, things have only gotten worse in The United Methodist Church for women in the pew and in the pulpit.

And recently, it was revealed exactly how broken our system of accountability is for victims of sexual assault, sexual abuse, and intimate partner abuse.

As reported by the New York Times and the Washington Post, a clergyman accused of multiple counts of sexual harassment and assault has been allowed to retain his clergy credentials (original UMNS story from earlier here). From the West Ohio UMC website:

A Just Resolution in the judicial complaint against Rev. Donald “Bud” Heckman has been reached. Effective December 23, 2019, Heckman was “retired under complaint.”  He is no longer under appointment nor allowed to conduct sacerdotal functions and will perform no ministerial activities in the name of The United Methodist Church. As a result of the Just Resolution, there will be no church trial.

This is an example of how screwed up our system is when it comes to sexual assault. A clergyman is credibly and compellingly accused of sexual assault, harassment, and intimate partner abuse, but his punishment is that he has to retire rather than turn in his clergy credentials. While his clergy pension would be protected either way (that’s the way the law works), retaining his clergy credentials means that he retains tax benefits and is allowed to keep calling himself “The Rev. Bud Heckman” for whatever ecumenical work he does next.

Unbelievable. But even this resolution may not be tenable.

The publicly shareable part of the resolution (see endnote) states that Heckman “will acknowledge any harm [these violations] has caused others.” But the WaPo article claims (emphasis mine):

Heckman admitted guilt on certain church charges, according to the church. But in statements to The Washington Post after the resolution was reached, he vehemently denied many of the specific allegations made by the women and investigated by [the committee on investigation].

Failing to comply with just resolutions results in immediate removal of credentials or other punishments. If WaPo can offer substantiation, the West Ohio AC may find that Heckman is violating the resolution already. Will it matter? Unsure.

The Heckman complaints reveal that United Methodism has an uneasy relationship with its trial and complaint processes. While the system is necessary to stop embezzlement and violations of persons (including sexual assault, however unjustly), it has become more broken over the years as it has been most often weaponized against LGBTQ+ inclusion, meaning against pastors who officiate same-gender weddings or are in same-gender relationships.

In fact, the punishments for LGBTQ+ inclusion are more severe than sexual assault. That’s right: a victimless violation is punished more severely than attempted rape.

What this tells us is the trial system is set up for church protection, not harm reduction. Harm done to victims is prioritized lower than violations of wedding policies. And violations of justice like the Heckman resolution mean that fewer victims will see the point in escalating mishandled complaints if the abusers get golden parachutes. That the West Ohio AC titled their Heckman release “trial avoided” tells us all we need to know about their priorities.

But wait: Should Complainants Have a Say in the Resolutions?

One of the tensions in our trial and complaint system is that complainants (ie. victims) are not included in the resolution (ie. punishment) phase like the one Heckman negotiated with the Bishop. But that is changing.

As part of the Traditional Plan, one of the changes beginning on January 1, 2020 is that complainants will be consulted in any just resolution (resolution of complaint) for bishops or clergy. The expressed purpose of this change is so that bishops cannot dismiss charges against LGBTQ+ inclusive actions (marriages) or LGBTQ+ persons serving as clergy without consulting the complainant. That antigay purpose is why movements such as All Belong have proposed reversing this rule change in their 2020 legislation (full disclosure: I am part of the All Belong team and submitted that petition on their behalf).

However, we see the new rule also would have benefitted the victims of sexual assault cases like Bud Heckman‘s, because according to The WaPo and NYTimes articles, they would not have consented to the “slap on the wrist“ he got. The resolution was negotiated between Heckman and the West Ohio AC—not the complainants. Under the Traditional Plan rule changes, the complainants would have had to have been consulted—although they technically still don’t have to consent to it.

So what are we to do when the same line in the Traditional Plan strengthens antigay polity but also strengthens protections for victims of sexual assault?

After discernment and conversation, here’s where I’m at: if the antigay polity is removed from the Book Of Discipline, then I’m comfortable keeping the Traditional Plan changes on these just resolution / complaint resolution processes. That’s right: I would vote against my own petition. But if the antigay polity is retained, then I still support removing these changes because their purpose is to enforce antigay polity—and until that sin is wiped out of the UMC, we cannot continue to prop it up.

We must continue to advocate for and support victims of sexual assault, sexual abuse, and intimate partner abuse in as many ways as we can.

Forward in care for one another

For any victims of sexual assault, harassment, or intimate partner abuse that wish to know what resources are available to them, please visit the UM Sexual Ethics website. This is the best one-stop shop place for how to respond.

For consultation and connection with advocates, feel free to contact me via Facebook Messenger and I can forward you to the women’s advocates in the Heckman case. I will handle responses with discretion, and the many articles written on this blog where I’ve honored confidentiality and anonymity should reflect that.

For the rest of us, we need to take up our responsibility to be educated about sexual assault and harassment, listen (and believe!) women who tell us of violations, and have your annual conference officials tell us in detail how they are reducing harm, not only with the Heckman case, but with all their policies and procedures.