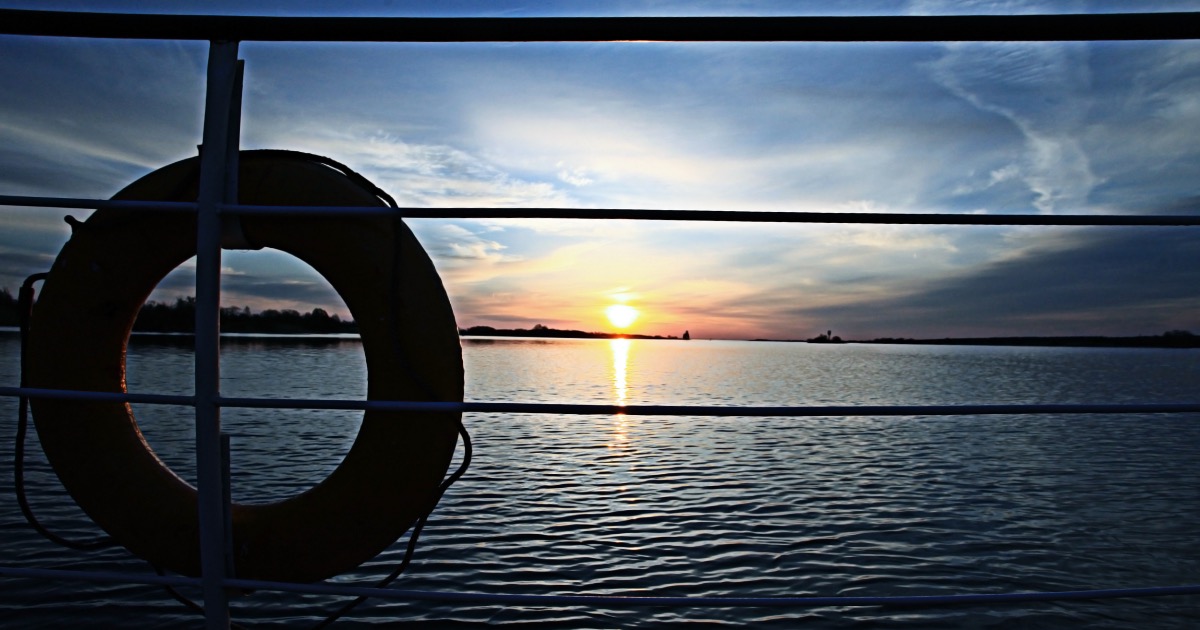 One of the defining features of United Methodism is threatened in the current crop of division, schism, and dissolution plans. Will the General Church fight back?

A friend of mine refuses to call United Methodism a “Big Tent,” a common moniker often derided by Traditionalists as meaning The UMC stretches so wide it actually stands for nothing. Rather, my friend calls Methodism “Mahayana” or “Big Boat” Protestantism. We are a diverse church in a big boat together, sailing the seas and seeking to make disciples of Jesus Christ for the transformation of the world in a multitude of ways under one flag. We have big global structures that can do the things that smaller boats cannot do.

I like the metaphor because it is active, but it is also descriptive of the problems plaguing The UMC right now. Being in a big boat is frustrating. I don’t like everyone aboard—sometimes I even want to cast people overboard! A big boat is slow to turn, molasses-slow to react, afflicted by inertia more than novel direction.

In comparison, those shiny non-denominational speedboats look fun to be in. So much freedom. So easy to get away and go where you need to go. Sure they are smaller—but they are effective and flashy, and they are attracting people who jump ship at every turn.

Chop Up the Big Boat?

It seems that some in The United Methodist Church want to take the Big Boat of Methodism and send it to dry dock to chop it up into pieces to make a bunch of smaller, flashier boats.

Some plans and proposals for United Methodism are fixated on division or dissolution, and a part of both of those types of proposals is asset division: taking the reserves and investments of the General Church structures (boards and agencies) that keeps the Big Boat together and distributing them to other entities.

The Indianapolis Plan (see HX coverage here) seeks to divide United Methodism into 2-3 expressions. Its asset division amendment proposed by Traditionalists in Wesleyan Covenant Association Leadership would take the assets of most of the connectional boards and agencies and divvy them up among the expressions (while oh-so-charitably saying “they can keep one year of operating expenses”). The money would not automatically go back to the agencies—it would reside with the amorphous leadership of those new expressions to do as they see fit. So in effect, all general agencies would have one year to live.

These plans have decided the best way through the tempest ahead is to dismantle the Big Boat and sell the parts.

Or Fix the Leaks?

For decades, we’ve heard of the wastefulness in expenditures at the general church level. Those apportionments were not used with restraint in mind because the manna keeps coming no matter what. It’s an odd narrative in retrospect when you consider that now Traditionalists want to take their reserves which were from…wait for it…fiscal stewardship! But efforts over the years have tried to plug those fiscal leaks—with good and bad effects.

In 2012, conservative and centrist reformers (the rabid anti-gay Traditionalists were not the drivers that year) tried to put the Big Boat under new management, forcing the General Secretaries to be able to be fired by a new layer of centralized authority outside their own boards of directors, and generally reorganizing the general church under more direct authority over finances and personnel. This PlanUMC was voted in by General Conference but then found unconstitutional by the Judicial Council because of those coercive qualities.

So now some reformers have gotten in bed with the Traditionalists and found a common enemy: the general church. By including general church agencies in a division plan such as the Indianapolis Plan, they can pull out as many planks as possible from the Big Boat Methodism and keep it from doing the common work that smaller boats cannot do alone, and then the tattered remains will be forced to reorganize for their own survival.

I don’t believe that the answer to fixing leaks is chopping up and selling the Boat. In times of crisis, big boats can move into hurricane zones and go deep into squalls and storms that smaller boats dare not tread. We should reform and fix rather than dissolve and leave ourselves with a lower capacity to do common work together.

Big Boats matter. Or do they? What can we do together that others cannot alone?

What do we already do together well? Is there a way to live together under one Big Boat in 2020? The term “organized religion” understandably leaves a bad taste in many mouths. Done right, however, bodies organized to do good work can sometimes accomplish it.

United Methodist Women is one example, most recently with their grants to help prevent suicide among LGBTQ youth—a seeming no-brainer but a significant action for a group within a denomination that refuses to affirm LGBTQ youth as fully included in the church.

Hundreds of thousands of women call themselves United Methodist Women members. When it comes to the decisions of building the beloved community, they don’t all agree, from what soup to serve at the community meal to what local mission to support to how to best achieve women’s equity, but they spend time in community, learning from and supporting one another. They, like our church, are wrestling with matters of inclusion. They, unlike our church, know they’re called by God to protect the vulnerable regardless of disagreements.

The big boat gets to the destination at a slower pace, but it brings more people there—and is a communal way to travel (as long as we stop putting people in steerage). This is the kind of bravery, decision-making, and leadership the Church needs.

Note: When it comes to GC2020, United Methodist Women is not on the same chopping block as some of the other agencies thanks to its lifelong fight to remain independent and make sure money from women gets used for women. But it’s certainly not unaffected … or ever out of the crosshairs of those who would rather women’s empowerment not exist.

Agencies: Be Thermostats not Thermometers

For decades, general boards and agencies have been reactive to the forces of United Methodism. They have been timid to be bold in the face of General Conference wrath. They respond to changes in temperature like a thermometer rather than actively change the temperature of the room like a thermostat (ala Dr. King). It has allowed them to survive Traditionalist wrath at only 5-10% cuts each quadrennium, but now that all the plans with conservative voices include raiding their treasuries or dismantling them completely, there’s no reason to be silent anymore.

My hope is that the gloves come off and general boards and agencies advocate for their right to survive. For decades they have not only inherited but have earned a place in the big boat. Boards and agencies are every bit as part of the church as the layperson in the pew who thinks giving a 10% apportionment is a sin. But only one of the two is loud about what they think should happen.

Now is not the season for rest or resignation. It is the season for action. Be bold. Fight for your work that saves and changes lives. You have only your entire existence to lose.

On the floor of the Leadership Institute in September 2019, Bishop Cynthia Harvey of Louisiana said this:

“Any plan that calls for getting rid of the boards and agencies that support ministry around the world, I have a problem with that. When you defund the agencies, you marginalize the marginalized.”

Many of our ministries rely on boards and agencies, such as MARCHA and other ethnic minority groups. Our work in malaria and now global health would not be possible without our boards and agencies. Training for boards of ministry, seminaries, district superintendents, and even bishops would not be possible without these common structures. And this only scratches the surface.

Boards and agencies: You are an active and essential part of the church. Don’t sit back in 2020. We are better together and we need your advocacy.

We are all part of the Body of Christ, and we all have a role to play. Informed by 1 Corinthians 12, we do not have to say to the Big Boats “I have no need of you” just because they are not as swift as the small boats.

Big boats do not set out on a journey without an armada: smaller boats around them. These smaller boats can reach different people with their better mobility and lower reaction cycles. We need the big boats and the small boats—we don’t need to chop up the big boat to create a bunch of smaller boats that can’t handle the load or go into stormy seas alone.

We need our big boat to stop assigning classes and placing restrictions on its passengers. That’s the goal of the 2020 General Conference. It should not be dividing Methodists into groups and sending them sailing into the sunset on their own, lesser boats! Let us see what transformation of the world and what disciple-making can happen together.

Note: I lost the reference of whoever told me the Mahayana Methodism framework. Jog my memory if it was you!