Home/United Methodist Church/This Deal is getting worse all the time: Behind the WCA support of the Indianapolis Plan 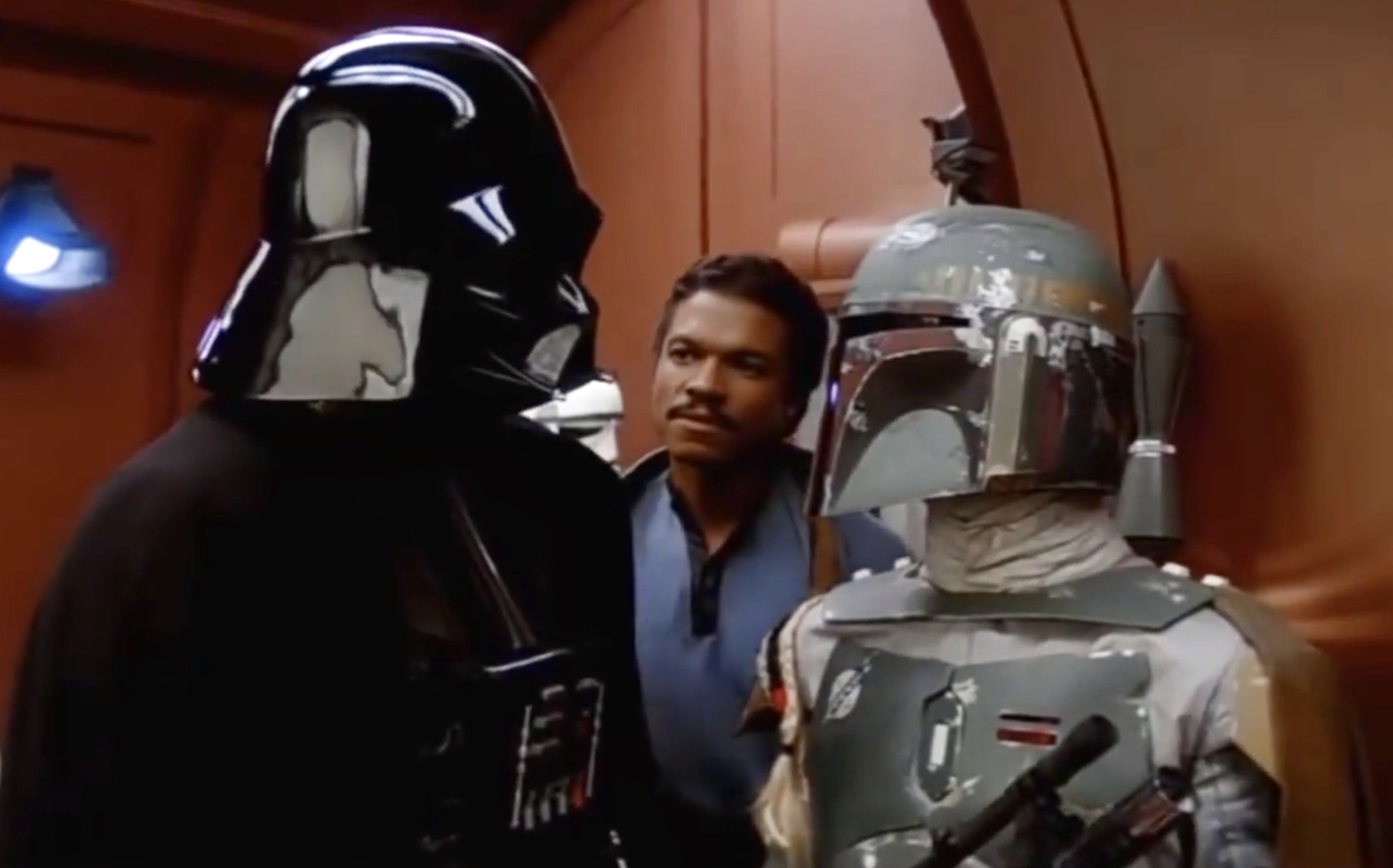 “I am Altering The Deal”

In 1980’s Star Wars: The Empire Strikes Back, the evil Darth Vader has made a deal with the opportunist cloud city administrator Lando Calrissian: If Lando helps Vader capture Luke Skywalker, then Vader would take Skywalker and leave the cloud city alone.

However, once Vader had Skywalker on site, he changed the deal: Vader would now be taking Princess Leia as prisoner, and Han Solo would be given to the bounty hunter Boba Fett. When Lando objects to these changes, Vader replies with menace:

“I am altering the deal. Pray I don’t alter it any further.”

Lando concludes the scenes by lamenting

“This deal’s getting worse all the time.”

Such is the sentiment with the Indianapolis Plan. What began with celebration of a jointly-crafted plan has now become foreboding saber-rattling power plays as we enter the final seven months before General Conference 2020.

The Odd Pairing of the WCA and the Indianapolis Plan

We regretfully support the separation of The United Methodist Church, and in doing so, we support the principles outlined in the Indianapolis Plan for Amicable Separation. If a mutually agreeable plan of separation does not occur, we support the full implementation of the Traditional Plan.

I was surprised because division is not the acceptable goal to the WCA. We know from the 2004 Good News strategy document that division allowed part of the Church to continue to seek full LGBTQ inclusion. That’s lamentable to the Traditionalists: to leave the “other side” with the resources to promote a morally objectionable viewpoint was anathema to them. So division seems like a retreat from the goal of takeover and expulsion.

It’s also very odd that they are not promoting their “own” plan. The Reform and Renewal Coalition, which includes most of the people in the WCA, has a slim majority vote at General Conference 2020 if the Central Conferences vote the same way they did in 2019. They could write their own plan (several of their members and affiliated bishops like Bishop Scott Jones wrote the Traditional Plan for General Conference 2019). Even with the swell of centrist and progressive delegates in opposition to the Traditional Plan, they could still barely pass their own plan.

So what gives? Are they tired or do they not actually have the votes?

The WCA doesn’t have to win on the Plan…

General Conference 2020 is shaping up to be a battle of overarching plans. There are almost a dozen submitted plans and petitions, with more to be revealed. General Conference 2019 was a debate over only four plans (three from the Commission on A Way Forward and the Simple Plan from the Queer Clergy Caucus). So this becomes more of a circus than even 2019.

To this battle of the plans, which any strategist could tell you was coming, it seems the WCA created an end-run around it: create a joint plan with Centrists and Progressives that could then be changed to their liking on the floor. With all three sides having perceived buy-in, passing this joint separation plan as a framework would be much more likely than a bullied-through WCA plan.

The key to this strategy is that rather than compromise on the heavily disputed areas, the three sides decided to submit their own amendments to the deal over disputed terms and see which one won on the GC floor. The Indy Plan is thus more like a loose agreement than a plan, leaving General Conference to debate some of the particulars with majority rule rather than mutual compromise.

…The WCA just has to win on Amendments

The Indianapolis Plan is a division plan: it takes the denomination and divides it along rigid lines with some common structures.

One of the areas that is left for amendments (because the participants could not agree) is on asset division. The connective tissues of the United Methodist Church are the General Boards and Agencies which are supported by church tithes from every local church (apportionments). Some of those Boards have been able to put those tithes into investments which further support ministry. Some have a acquired property that provides funds for ministry. And some don’t have much reserves and live or die year to year. But all their funds have been given in trust to those ministries. And these general agencies have not always been supported by church tithes from Traditionalist churches which have a decades-old history of withholding apportionments.

The first Indianapolis Plan amendment by the WCA (hosted here on Chris Ritter’s website) proposes taking all those reserves, properties, investments, and gifts of those General Agencies and putting them in one pot to be divided between the various expressions based on membership. We’ll have further commentary on it as details about how much money we are talking about become available later this year (GCFA is preparing the data for their board meeting in November).

But you see that such an amendment, with seemingly innocent and fair language, threatens to punish and defund general church entities which have long been in the crosshairs of the Reform and Renewal Coalition. And the WCA will get their money and defund “the other sides” without having to fight the Plan battle, which is right in line with the 2004 Good News battle plan.

Finally, know that Amendments is where the Traditionalist track record is strongest because of their use of voting guides and rapid communication. Each year they publish voting guides for the legislation, and in 2008, they distributed cell phones to delegates for rapid communication. In 2019, they finally complied with the rules of General Conference by not distributing voting guides. What they sponsored was breakfasts where they distributed blank voting sheets and then told the people to fill them in themselves with the suggested votes that were shared at those breakfasts. So they technically did not violate the letter but definitely the spirit of the rules. And power plays like this will be ever-present at General Conference 2020 as they can act with reckless abandon since they are seeking to leave the institution that would censure them anyway.

The gloves are off, and the Indianapolis Plan leads us right into the arena where progressives and centrists will be blindsided.

This could have been avoided

After my first article on the Indianapolis Plan, I had a phone conversation with one of the people in the room. While I don’t feel right sharing the contents of the private call, I will share one thing I said because it was my own unsolicited advice.

I encouraged the person to solidify a deal and have the group commit to no amendments. None. That’s what a deal between a majority and a minority group requires: no amendments, just support the deal. “Pray I do not alter it further.”

While they were under no obligation to heed my advice, what happened is precisely what I had feared. The Indianapolis Plan has the veneer of compromise among varied groups, but underneath is the same majority rule and power politics that GC is susceptible to. And we have the Indianapolis Plan creators to thank for putting us in this perilous position.

What can we do?

First, know that the Indianapolis Plan is neither the inevitable or the “oh well we can settle for it” future of The United Methodist Church. The WCA went on several trips to Africa after it came out, and Africa Central Conference Leadership did not endorse the Indy Plan. So keep on researching the other plans to see which one you can support

Second, contact and be in conversation with your General Conference delegates from your annual conference as to your concerns about division and asset division.

Third, contact your jurisdictional representatives to the general agencies and ask how much is in their reserve funds that the WCA wants to get its hands on. Report back to me, please, so it can be compiled. The more clarity we have on the numbers, the more we understand that antigay polity is not a value, it is the vehicle to siphon millions of dollars in mission shares away from their intended ministries and into the WCA unregulated and accountability-free coffers.

The Indianapolis Plan is kind of a microcosm of the UMC: one side believing the other side is capable of being good, of upholding the shared values of the deal, and that other side using it to their advantage.

I lament we ended up here, but the collision of the plans and proposals has only just begun, and you can rely on this space to give clear commentary on all that is before us.