Home/Uncategorized/Did General Conference 2020 Choose the Wrong Bridge for its Logo? 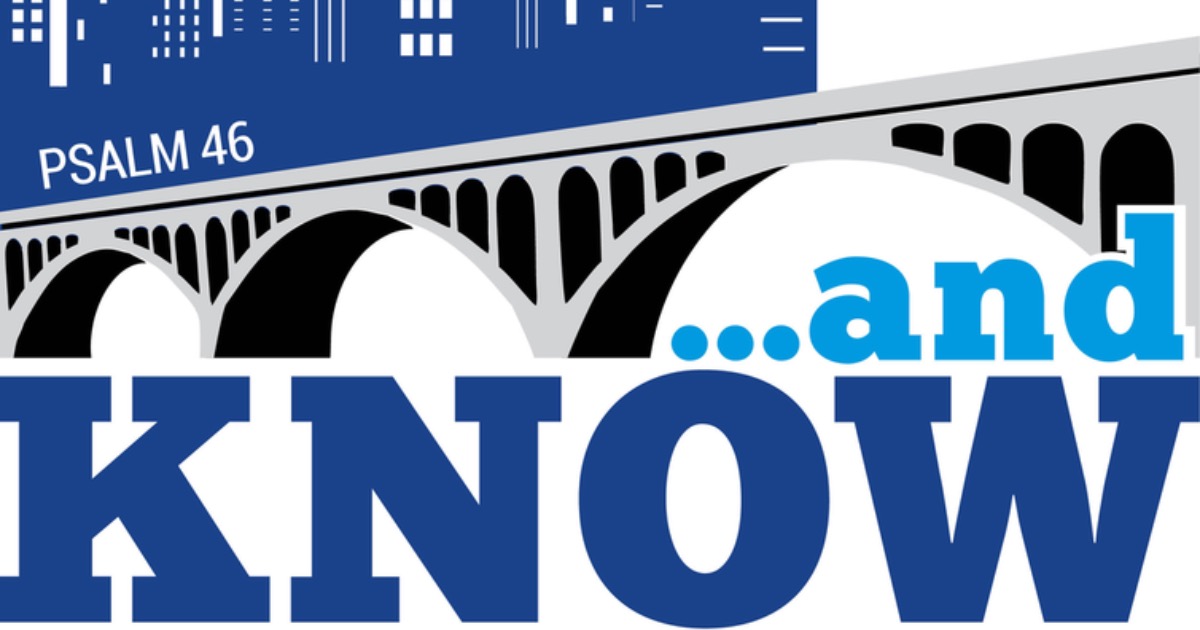 Featured prominently on the General Conference 2020 logo (revealed this week) is a bridge. Minneapolis and Saint Paul (the twin cities) have 23 bridges that cross the Mississippi River, so it makes sense to make a bridge be the prominent feature of the logo. A bridge is also a useful metaphor for building connections between disparate places. It makes sense why a bridge would be used at this moment in a fractured United Methodism.

But which bridge is it? Which of those 23 bridges is being depicted?

And did they know that other bridges could be more appropriate?

The bridge in the logo has three qualities: (1) it is an arch bridge (2) with cut-outs (3) that are rounded at the top. That combination has only three possibilities in the Minneapolis/St. Paul area. Each potential bridge has a different story it could be trying to say about this moment in United Methodism.

Maybe it is the Intercity Bridge, one of the largest reinforced concrete bridges ever built, and has both arches and rounded cut-outs. It connects St. Paul and Minneapolis directly. It looks the closest to the logo, but it is the furthest bridge away from the Convention Center, so the least likely to be seen during General Conference. Maybe the story being told about The UMC is that it bridges the divide between two cities and we should continue to be a unity that crosses the divides between Traditionalists and Progressives. It’s a story of unity.

More likely, it is the 10th Avenue bridge, with arches and cut-outs, but the cut-outs are square not rounded. This bridge is one of the classic reinforced concrete arch bridges and is the closest vehicular bridge of this type to the Convention Center. This bridge is 90 years old, and will be under renovation when the 2020 General Conference begins. Orange construction cones everywhere! It has not had significant renovation done since the 1970s. Maybe the story being told about the UMC is that we too are a longtime entity that hasn’t had significant renovations (mergers, schisms) since 1968, and it is time for a serious remodel. It’s a story of division and reorganization.

Finally, the third candidate is the Stone Arch bridge, stone with arches, but no cut-outs. It is one of the oldest surviving bridges across the Mississippi, originally a rail bridge. The creator was the railroad tycoon John Hill, whose own engineers argued with him that a stone bridge would collapse from the vibrations of the trains. They were proven wrong because it has lasted over 125 years! But the train lost out to the automobile, so now it is a pedestrian bridge whose best feature is its wonderful views of the Saint Anthony Falls. Maybe the story being told about the UMC is that we were a mighty force, created exactly for what the world needed, but the world has passed us by and we are now just onlookers without any real use in the world today. It’s a story of dissolution and re-creation.

I wonder which bridge was the inspiration and which story the logo artist is trying to tell.

But regardless of which bridge, it is clear that the artist missed depicting two other bridges which more accurately describe The United Methodist Church at this critical juncture.

Perhaps a more accurate bridge to depict to exemplify The United Methodist Church in 2020 is the tragic Interstate 35 West bridge, which was located right next to the 10th Avenue bridge.

The original I-35W bridge was built in 1967, one year prior to the founding of The United Methodist Church by merger. It was eight lanes across the river, a continuous steel truss bridge to help connect both sides of the Mississippi. It was designed to be a 50 year bridge, serving 66,000 vehicles per day.

But 40 years later, it was handling 141,000 vehicles a day. The strain of the additional weight and structural neglect came to a tragic end on August 1, 2007 when the bridge collapsed, injuring 100 and killing 13 people.

The bridge was rebuilt 14 months later.

Maybe a better story to tell is that the General Conference of The United Methodist Church is trying to carry the weight of the denomination that it was ill-designed for.

The General Conference is non-redundant; neglect and failure to keep with the times has caused this harm, and our present untenable situation.

Maybe that’s the story that should be told. That our 52 year old denomination has collapsed under its own weight and damage emanating from one broken place, and it needs to be retired and a new bridge built.

But there’s another bridge with a compelling story and an even more compelling architecture.

The Father Louis Hennepin bridge is built on the site of the first bridge across the Mississippi, the original one built in 1854. Four iterations later led to the current bridge, a striking double-suspension bridge, built in 1990. It is named after the Belgian Franciscan (Catholic) explorer who explored the Saint Anthony Falls in the 17th century.

But what fascinated me most was the architecture. Each time the bridge was built, it was built as a suspension bridge. A suspension bridge is far superior to concrete arch or steel truss bridges because it handles stress better and can span further distances. It has a unique engineering:

“The tension in the cables from the top and the compression from the pillars work together to cancel out the force of gravity, making them strong and efficient. “

A suspension bridges’ ability to manage stress gets better each time it is rebuilt.

Like the Hennepin bridge, Methodism has been recreated four times: at the 1784 Christmas Conference , at the 1939 Uniting Conference, at the 1968 merger with the EUB, and at the 2008 merger with the Methodist Church of Cote d’ Ivoire. Each time it has been better positioned to handle the stresses of the world—although Dr. Darryl Stephens persuasively argues that we didn’t handle the 2008 merger well and much of our current instability is due to it.

United Methodism can be rebuilt to withstand the stress of the church and world. I don’t know what the new thing will look like, but I do know it will take a group of people willing to do that building together, rather than creating things apart from one another. Silos don’t span divides, they hoard blessings, and suspension bridges only work when they balance the pressures at work.

What story are we telling?

Art is up for interpretation. Even graphic artists who are just creating a logo are telling a story by what imagery they integrate. More than likely, the bridge is a composite of several bridges, or an approximation of the 10th Avenue Bridge which is closest to the Convention Center.

Likewise, the story being told about United Methodism is a hodgepodge of decades of life together. We each would choose a different bridge as a model for our future.

No matter our destination, may we seek the Hennepin bridge of using (not avoiding) tension to cross divisions, and avoid the I-35W bridge of a denomination broken under its own weight.

May we see clearly the story we want to see, and work to make it a reality in May 2020.