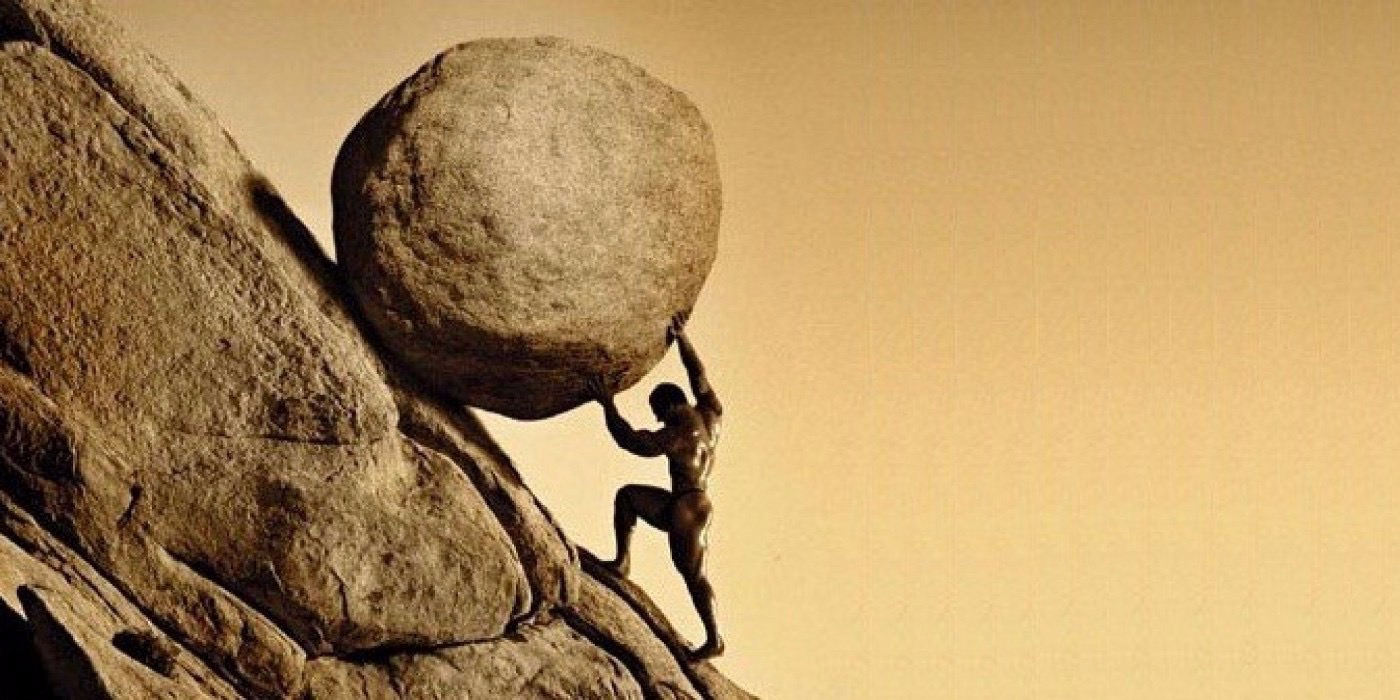 I In Greek Mythology, Sisyphus was given a hopeless task: push a boulder up a hill, and no matter how hard he tried, it would always roll back down to where it began, and Sisyphus would have to start again.

It’s an appropriate image to use to describe The United Methodist Church as it struggles for its future: whatever “plan” that comes forward has to navigate so many considerations across so many cultural boundaries and overcome the power imbalance and colonialism baked into its polity that it is often seen as a hopeless task.

But is it? Let’s walk through the tensions and see what needs to happen in the last month for legitimate plans for The United Methodist Church.

What do we seek? Unity, Division, Dissolution, or Expulsion?

Most of the plans have to do with one of four directions:

And some are not neatly in those categories, but they suffice for now.

So what is the ideal form of each of these?

A perfect plan for unity will fix the inequality in conciliar authority of The United Methodist Church, allowing it to remain a unity with missional diversity.

The UMC is a conciliar representative church, meaning that its decision-making authority is not a Pope or from a rigid document, but by the clergy and laity elected as representatives to General Conference. GC is the highest authority, yes, but in practice, The UMC is a collection of subsidiary conciliar authorities: the jurisdictions and the central conferences. These authorities can create or dissolve annual conferences and practice Wesleyan Accountability of their region’s bishops.

But these regional authorities are not equal: central conferences are able to amend parts of the Book of Discipline (see ¶101) to fit their missional context. This means what was decided by General Conference can be changed by Central Conferences, but not by Jurisdictional Conferences (which are only found in the USA).

Any plan for unity that comes forward in the next month must (a) achieve global or regional LGBTQ equality and (b) fix the inequality in the system and allow for subsidiary conciliar authorities to maintain the diversity we require for the unity we seek.

A perfect plan for division will create central shared structures or services while allocating to two or more expressions the earned resources and the authority to self-determine their mission, accountability, and governance.

Authority is easy to divide: create strong walls between expressions to protect progressives from conservatives taking away any gains, and to protect Traditionalists from any hope of LGBTQ+ inclusion. That’s well and understood.

But when you compare the division plans that Traditionalists participated in proposing (Indianapolis Plan and Bard-Jones Plans and WCA President’s Dissolution Plans), there’s a common thread: they are all about asset division. This is understandable—there are over a hundred million dollars in liquid cash in UMC reserves, and billions of dollars in property at stake, not to mention dozens of multi-million dollar institutions (hospitals, camps, retreat centers, community centers, downtown property, commercial endeavors, etc). If the pie is getting divided it needs to be divided correctly.

The problem is that Traditionalists have a long history of withholding apportionment dollars that fund most these very institutions, or voting to defund the General Agencies. So it is unconscionable for an Expression that for decades has voted to defund (and withheld apportionments to) the general agencies to now lay claim to their reserve funds or property. That’s a non-starter to think they would get a 50/50 split or equal share: they haven’t bought into it at the same level (as researched by Mainstream United Methodists here) as the rest of the connection.

In addition, division of assets by population or membership is impossible to do fairly given the lax data accountability over the decades and the difficulty to evaluate what “membership” means in some cultural contexts.

Any proposed plan will need to have a more equitable way to divide assets not based on membership or equal shares to ensure that decades of accountability and connectional giving are honored.

A perfect breakup of United Methodism would dissolve the denomination and allow the subsidiary legal entities to self-select and re-network together as two or more expressions.

Technically, The UMC does not exist. What exists is a network of separately incorporated entities (annual conferences, general agencies, jurisdictions, and other institutions) doing business as “The United Methodist Church.” Legally, each entity owns its own assets/liabilities, though they are fiscally bound together as part of the whole.

The perfect plan may be the simplest plan: just set free all the actual entities. The annual conferences, the general agencies, and other institutions all become independent, separate from each other. They already have their own legal statuses, boards of directors, and organization plans. Annual conferences own their own property as the holders of the trust clauses. So by setting free each legal entity, you free the UMC from having to evaluate and divvy up assets and liabilities.

Such a dissolution would essentially allow the entities that comprise the United Methodist Church to simply disconnect and re-network together. That takes trust and relaxation of control, but it would help avoid many entanglements and problems found in division.

Seeking a perfect dissolution is a bottom-up process rather than top-down.

A perfect plan for expulsion would give some entity the legal ability to kick out progressives from United Methodism entirely.

To Traditionalists like Rev. Christopher Ritter, they believe that the only thing wrong with the Traditional Plan passed in 2019 was that it lacked the mechanism for progressive expulsion:

The legislative mechanism for the Bard-Jones Plan would be a new version of Petition 90041, a part of the Modified Traditional Plan that was never approved at GC2019…Passing the Traditional Plan without this key piece has caused the heightened acrimony and continued “stuckness” experienced since February.

So we can look to 2020 for revised versions of this process to kick out entire progressive annual conferences from United Methodism. The perfect expulsion would allow some ongoing entity (it was proposed to be GCFA originally) to have the power to suspend or kick out entire annual conferences. The perfect Expulsion is an ecclesial form of the Tarkin Doctrine: compliance would be achieved through fear of being forced out.

Oddly, there is no equivalent on the progressive side: currently there are no efforts to force pastors to marry gay parishioners or to be forced to leave their wives to do ministry. That said, if the progressives sought to encourage Traditionalists to leave, then they would pave the way for them somewhat like petition 90041.

If you seek a perfect expulsion, write a type of legislation that makes it either forced or easier for your opposite perspective to leave.

With all these varied considerations, one would think that all is lost and the perfect direction is impossible. But all is not lost is this Sisyphean task of the future of The United Methodist Church. In fact, hope can be found in the Greek story of Sisyphus itself.

French philosopher Albert Camus writes in his essay The Myth of Sisyphus that we should imagine that Sisyphus is happy with his eternal punishment:

This universe henceforth without a master seems to him neither sterile nor futile. Each atom of that stone, each mineral flake of that night-filled mountain, in itself, forms a world. The struggle itself toward the heights is enough to fill a man’s heart. One must imagine Sisyphus happy.

Camus imagines that Sisyphus revolts against the absurdity of his situation by embracing the moments of happiness and elation with his endless toil. That being offered the choice between life without hope and death from despair, Sisyphus chooses instead to do the work and find the moments of elation therein without hope or despair.

There are days I have hope and days I have only despair for the future of The United Methodist Church. But the days that I’m involved heavily in local church ministry with the homeless and hungry, the days that I’m connected with colleagues across the globe in some conversation, and the days that I can see personal transformation right in front of me—those days, the work makes the burden lighter. I know the boulder will have rolled back down whenever I fire up Twitter, but for those moments, the shared life, work, and ministry together…I imagine myself happy.

Maybe we can imagine a happy future of toil towards the mission of Jesus Christ for the people called Methodists. We cannot let the perfect become the enemy of the good, but we can seek both to empower our local ministries and honor all families and forms of calling to ministry.

We have under a month. Pick a direction. Gather with others, center marginalized voices, and write the unicorn: the perfect form of that direction. Submit the petition by the deadline (September 18th). Build the coalition to pass it. And let’s get this done so we can continue doing the work we are called to do.