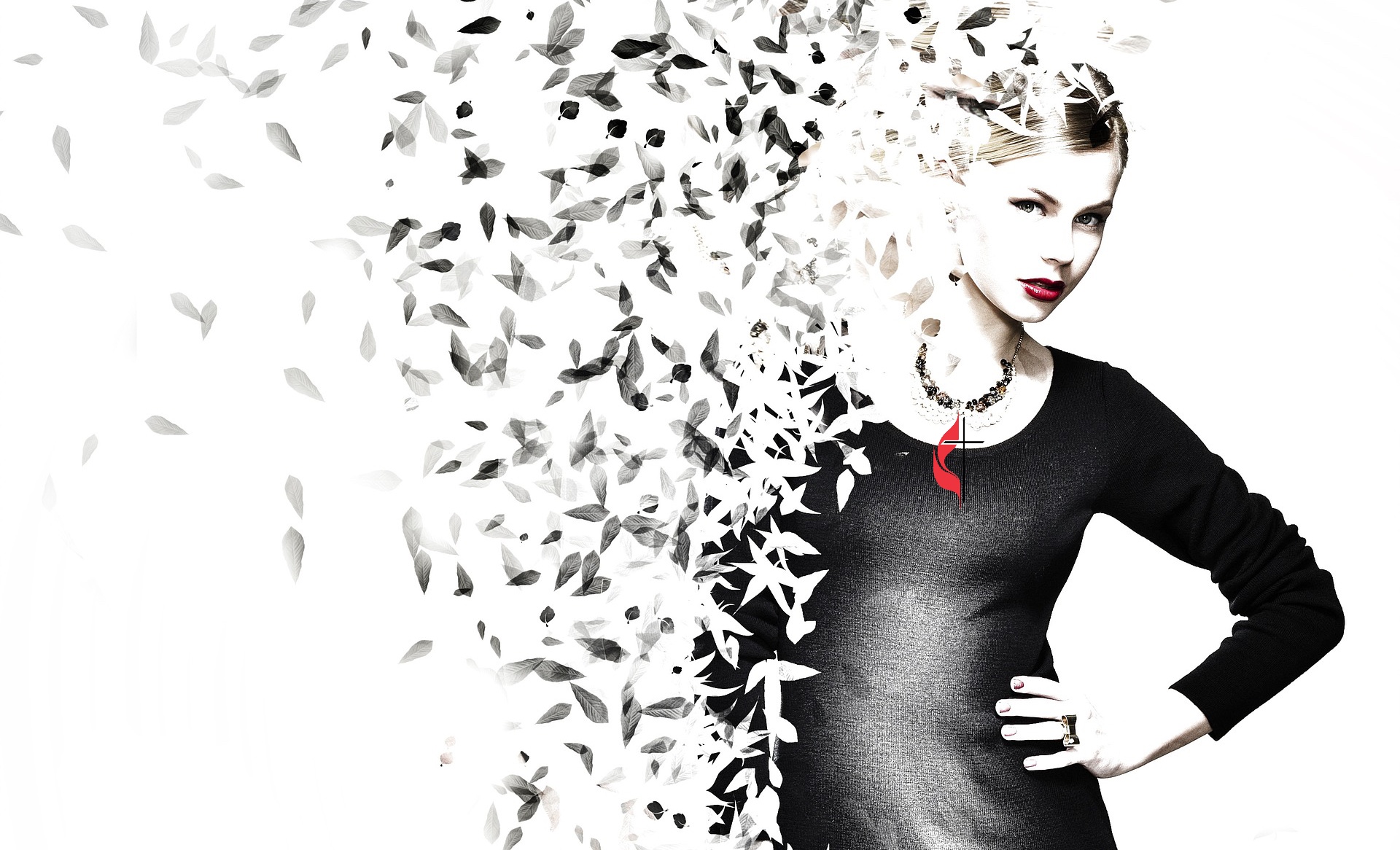 One of the options for The United Methodist Church is dissolution: ending The UMC denomination and dividing resources and churches. What does that look like in practice?

Dissolution is not a Divorce

A commonly-used metaphor for the United Methodist Church is to say we are in a divorce proceeding. Divorce makes it seem straightforward and simple. That metaphor is not helpful (if anything, we are in a domestic violence proceeding as an abusive spouse has done harm to the other for 47 years), and, it turns out, it isn’t legally accurate either.

The United Methodist denomination is a government, not a marital relationship. A bishop was the first person who articulated this reality to me: the structure and framework of the denomination is a governing entity. It facilitates the worship of God known through Jesus Christ, but its function and purpose are more like a country more than a non-profit.

The UMC is a connection, a web of relationships, a quantity more than the sum of its parts. This is true. But it is also a government, a corporation without a head. Dissolution is the dismantling of a 50-year-old corporation’s governing relationships. It will be less like a divorce proceeding and more like…well…what would it look like?

I’ve asked some polity and outside counsels’ opinions and here are some thoughts if this ends up being The UMC’s future.

No precedent in church or society

There’s no contemporary precedent for this question of dissolving the United Methodist Church, even when we look at other churches.

When the other Seven Sisters of Protestantism engaged LGBTQ+ inclusion, there were eventually majorities that were affirming of LGBTQ+ relationships. There was no dissolution proceeding: the Traditionalists just left. The Presbyterians who didn’t agree with LGBTQ+ inclusion joined the Presbyterian Church of America, and the Episcopalians who didn’t agree with LGBTQ+ inclusion became the Anglican Church of North America. They did not dissolve anything: one sizable chunk just left and reconstituted, leaving the mother organization behind.

Other denominations experienced disaffiliation and reconstitution—they didn’t practice dissolution. If in the UMC the LGBTQ+ affirming folks disaffiliated and left, or if the Wesleyan Covenant Association disaffiliated and left, that has precedent, but that scenario is not dissolution. The ending of a denomination—closing down the mother organization entirely—has not been seen on this scale in modern times. On a smaller scale, when multisite Mars Hill church ceased to exist in Seattle, they eliminated the coordinating entity and set free each individual site to be on their own church–we’ll come back to this idea below.

There also isn’t a precedent in the secular recent history. The closest to taking a company and breaking it up into two competitors would be the anti-trust breakup of Bell telephone system into the Baby Bell telephone companies in the 1980s: a large company broke up into regional companies that were in the same market. The second closest is a scenario where a private equity firm buys up troubled firms for really cheap (ie. Richard Gere in Pretty Woman) and renegotiates the terms of their debt, splits or streamlines the company, and then does something with the pieces.

So without precedents, we are forced to step outside of examples and case studies and move into informed conjecture: What if the UMC decided to Dissolve? What would it look like?

It turns out there are at least two ways to do it: one with millions of dollars poured into lawyers and accountants—and the other (possibly) with those millions kept for missions and ministries.

The closest comparison we might get to ecclesial dissolution is the restructuring of a corporation. The Rev. Christy Thomas, a blogger on Patheos, replied to my Facebook query about dissolving the UMC with this truly helpful commentary:

I asked my husband your questions–he has done this sort of thing for many years [in the secular world]. First, the main reason a company would do that (split into different companies) is because the administrative load has become unwieldy. It is unlikely they would intentionally be competing with each other. At the very least, they would work in separate territories.

Second, the firm seeking dissolution and restructuring would start with a first class accounting firm–something like Price Waterhouse (and their billing rate probably begins at about $400/hour for the more junior of the accountants). As they begin to sort out the assets (and if we are talking about the UMC, keep in mind that they are owned by lots of different agencies, jurisdictions, and AC’s), the complexity of the situation probably means several years of work. At that high billing rate, which will only go up as the complexities are uncovered bit by bit. Once the assets and ownership have been fully laid out, it becomes time to bring in the attorneys to draw up the dissolution and reorganization contracts.

That work demands that the CEO’s of the new divisions (or their reps) both be at the negotiating table to battle for their respective sides. They will need their own set of attorneys, and their sky-high billing rates, to represent them. Since the UMC doesn’t have CEO’s, that will be yet another challenge.

Likely, considering the complexity of the situation, we’d be talking at least [millions of dollars] in accounting and legal fees and several years of work.

Here’s the key point: figuring out assets and liabilities is not cheap. Both dissolution models (like the one written by the WCA President) and reconstitution models like Bard-Jones (writeup here on UMNS) reference determining assets and liabilities so they can be divided equally or proportionally. The above is what that means: hiring outside consulting firms to determine them, and then dividing them accordingly.

If we must determine such assets and liabilities, then the above is a likely scenario: years of work and small armies of accountants and lawyers draining our reserves, and in the end, all we have is fewer assets to disperse.

The above example (using an asset/liability model which is part of the WCA President’s Plan and, to a lesser extent, Bard-Jones Plans) imagines Dissolution from the top-down: a consulting or strategic advisory firm comes in and evaluates and divvies up The UMC after years of resources have been consumed.

Is there a better way? Yes.

What happens if we do it from the bottom-up?

Technically, The UMC does not exist. What exists is a network of separately incorporated entities (annual conferences, general agencies, jurisdictions, and other institutions) doing business as “The United Methodist Church.” Legally, each entity owns its own assets/liabilities, though they are fiscally bound together as part of the whole.

Maybe the simplest answer is to just set free all the actual entities. The annual conferences, the general agencies, and other institutions all become independent, separate from each other. They already have their own legal statuses, 501c3 numbers (edit based on comments, they would have to get their own new 501c3 number because the UMC does have a group one that all entities are under), boards of directors, and organization plans. Annual conferences own their own property as the holders of the trust clauses. So by setting free each legal entity, you free the UMC from having to evaluate and divvy up assets and liabilities.

Then each legal entity can self-determine how to affiliate with other entities:

In short, to avoid the asset/liability calculating conundrum and divvying up of General Agencies, the entities that comprise the United Methodist Church could simply disconnect and re-network together. That takes trust and relaxation of control, but it helps The UMC retain its money for missions and ministry.

Dissolution, like the 2019 plan by the President of the WCA, is the most costly direction forward for The United Methodist denomination, sucking millions of dollars from UMC coffers—dollars that local churches thought were for ministry and instead would go to legal processes, accountants, and lawyers. While proponents would claim it could be done cheaply, if we take our billions of dollars seriously—and the ministry they provide—then we should engage a reputable consulting firm if we are forced to evaluate assets and liabilities. To do any less is to dishonor decades of tithes and offerings.

But it turns out we don’t necessarily have to do it that way.

If dissolution is the way forward for The United Methodist Church, one possible path to avoid that would be to simply close down the network and allow the individual nodes to reconnect organically. Each legal entity as small as a community building and as large as an annual conference could become independent and band together with whichever conferences they want to, and contract for services from whichever former General Agency or Independent Commission they want to. It would take a few years, sure, but each entity could self-determine its best future, or hopefully band together with others for a common future.

The choice is ours: years of litigation or years of forming new expressions of Wesleyanism. I know which one I’d prefer.

I’m not advocating this as my preferred way forward—but if we do go this route, it doesn’t have to be a top-down process of lawyers and accountants but could be much more organic and collaborative, though surely not as simple as I outlined above. In this blog post, I’m just naming some of the realities we will have to contend with as we spend the next two months crafting something new by the September 18th deadline.