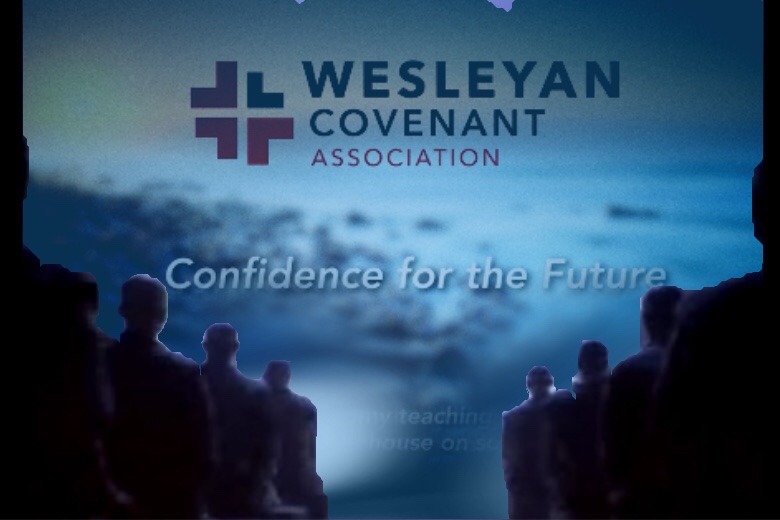 Recently the Wesleyan Covenant Association, the authors and supporters of the recent enhanced anti-gay polity in The United Methodist Church, launched a WCA Central Conference Ministry Fund to fund missions and ministries in Russia, Africa, the Philippines, and other central conferences.

What they do with their substantial wealth is their business, of course, but their stated reason for doing so is incredibly suspect:

The Wesleyan Covenant Association Council is pleased to announce it has established the WCA Central Conference Ministry Fund as a means for those who are committed to supporting international ministries adversely impacted by the kinds of decisions and statements referenced above.

It’s an effective narrative: the progressives are considering their funding of anti-gay theology, and so the WCA will swoop in and create a separate entity that will fill in any gap (which doesn’t actually exist except in rhetoric).

It’s also a false narrative. It is important for the average Methodist to understand something:

In the press release, the WCA makes this claim about withholding apportionments:

Such actions are a further indication of the deep division within the UM Church and an effort to hamper and harm ministries pursued by United Methodists in areas outside the United States because of disagreement over decisions of the General Conference. Unlike some UM leaders, the Wesleyan Covenant Association has refrained from calling on local churches to withhold apportionments and gifts as a political weapon.

While true as far as the WCA is concerned, since they were only created just before the 2016 General Conference, the same claim is not true of the other members of the Renewal and Reform coalition, which coordinates efforts to promote anti-gay theology in The United Methodist Church.

It is important to first note that the idea of withholding the church tithe is not a new thing. It is a regular tactic of those opposed to LGBT Inclusion in the UMC to withhold or threaten to withhold Apportionments. ( see previous post )

These are all precursors to the WCA, of course, given the dates. But if the supporters of the WCA and the Renewal and Reform membership were a Venn Diagram, it would just be a circle.

The hostage-taking and intimidation tactics of withholding apportionments have been refined and practiced by anti-gay Traditionalists for decades in The UMC…for them to point fingers at progressives and moderates for considering the same is laughable.

Further, in the press release, the WCA claims:

We have urged our members to be wise and discerning about the giving of their tithes and offerings, understanding that we each have many options available to support the Lord’s work.

This is true in that they believed in offering “many options” in order to give congregations the choice of supporting The UMC…or separate Traditionalist-ran entities.

Let’s turn back the clock for a minute. The 1980s were an explosion of traditionalist efforts to operate parallel denominational resources without oversight or accountability. Through the Mission Society ( 1984  parallel to the General Board of Global Missions), Bristol House Books ( 1987  parallel to Abingdon), and the RENEW network ( 1989  tiny supplemental parallel to UM Women), traditionalists created a parallel structure that provided books, women’s fellowship, and missionaries for congregations to support outside of United Methodist oversight, accountability, or connectional leadership. The parallel entities in the 1980s gave the narrative that they were to support the persecuted, downtrodden conservative minority.

After being quiet for two decades, during the past seven years, the ratcheting up of conservative alternative entities has intensified. The Methodist Crossroads ( 2014 ), Seedbed ( 2012  – which later took the ashes of Bristol Books under its wings), New Room Conference ( 2014  – to sell Seedbed books & promote their speakers), and now the Wesleyan Covenant Association ( 2016 ) all came about during this same period. The past seven years have consolidated the gains and efforts of the 1980s into a parallel network of missionaries, books, revival meetings, and seminaries, with the WCA to rule them all …and in the darkness, bind them.

For decades, the Renewal and Reform coalition has created a parallel infrastructure to The United Methodist Church, siphoning donations, talent, pastors and laity away from UMC causes and authority and to their own. To claim they are now appalled at divestment considerations is a rejection of their own history.

Finally, in both 2016 and 2019, the Good News organization funded (along with other partners in the Renewal and Reform coalition) two special gatherings. Taking advantage of the fact that General Conference delegates’ flights would be paid for by The UMC, and that The UMC allowed delegates to arrive early, they sponsored two gatherings at camp and retreat sites close to General Conference that was closed to press and outsiders (even other Africans). To shuttle, feed, and facilitate the Africa Initiative agenda costs money, and that money comes from donations to the Renewal and Reform Coalition, of which Good News and the WCA are a part.

The drumbeat of divestment from The United Methodist Church and investment in Good News and other organizations has been going on for decades. Their funding comes from exactly the same diversion of gifts that they are now deploring. It’s an incredibly bold and inaccurate claim that they are now “appalled” by it, especially since their own 2004 strategy document names divestment as an approved tactic.

Fake It Until You Make It

The entire infrastructure of the Renewal and Reform coalition (except the Institute on Religion and Democracy, which has substantial outside funding and was originally heavily funded by Catholics intent on stopping Protestant social witness) has been built by diverted moneys, either in withheld apportionments or redirected gifts, that likely otherwise would have supported United Methodist Church missions and ministries in America and in the Central Conferences. That infrastructure provides the administrative support for this new Central Conference Ministry Fund.

As you can see, it is unbelievable that the Wesleyan Covenant Association, which is largely made up of supporters of those previous entities and actions, would deplore parallel investment actions—and then brazenly set up their own parallel administered fund!

It’s a perfect continuation of the above history, and the fact that they don’t explicitly say this fund is “above and beyond” giving to local church apportionments shows the Fund is more for conservatives to divert their money than it is to “fill in the gap” from progressives.

Hopefully supporters of Central Conference missions and ministries will see through the rhetoric to the reality: Traditionalists have operated a parallel, shadow alternative to The United Methodist Church for decades, funded by diverted funds and gifts, and now they have another fund to continue to do the same in Russia, Africa, and other countries.

May we have eyes wide open as we consider how best to support missions and ministries worldwide, and encourage truth-telling in our caucus groups’ leadership.