Home/United Methodist Church/Schism/Will the #UMC Take the Bait or Seize the Moment? 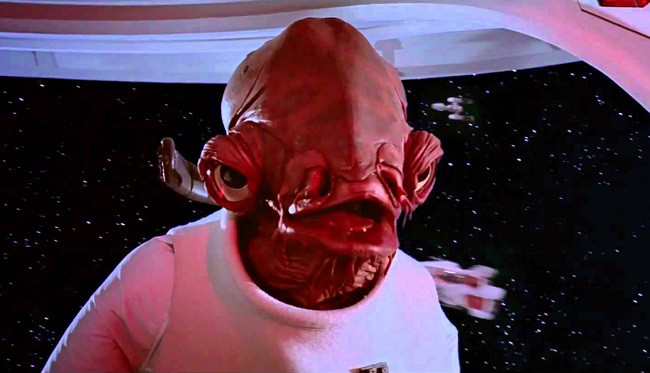 It’s awful right now to be a progressive or an LGBTQ-inclusive conservative or moderate in The United Methodist Church. Not only do we have to explain we are “Not Those Methodists” to a more inclusive secular world, but we also have to endure the gloating and crocodile tears of the Traditionalists within the church.

The language from the Traditionalist wing of The United Methodist Church is: we won, you lost, now get out.

“This is our church now, here’s the door.”

All of these things are triggers for me as a progressive that lead me down the emotional rollercoasters until I just want to rage-quit everything.

And then after that moment passes, I have to ask…is this really me? Or are my emotions being manipulated by people skilled in marketing savvy?

Let’s step back and look at the data.

“It may require some congregations to leave their property behind (although one hopes a large enough critical mass of those departing could work around this problem). It also leaves the United Methodist denomination somewhat intact, with the accumulation of resources to potentially continue for decades on a progressively revisionist track.”

To leave the UMC intact is so offensive to this group that leaving was not enough—they would rather it be destroyed.

The Traditional Plan’s purpose was to set the pH balance of the Methodist pool to such a level that it was harmful and hurtful to progressives and LGBTQ-inclusive evangelicals that they would leave. They would do that through the drumbeat of ever-constricting polity, and when the moment was right, set the bait out so that progressives would leave.

This seems to be that moment. So why aren’t progressives leaving right away?

What happened is that the General Conference 2019 (specifically the Standing Committee on Central Conference Matters) killed the exit provision of the Traditional Plan, which it itself claimed was the “heart of the Traditional Plan.” It meant that churches, pastors, and entire annual conferences could not be exited by Church or self-select to exit. The stick and carrot approach would be the capstone to almost 15 years of strategy to finally get us to leave. And then it was struck down and won’t be possibly brought back by the Judicial Council in April (it’s not even being considered by them).

So all of this frenzy is building up because they lost the exit ramp they wanted for progressives to leave. And the progressives aren’t leaving yet because the exit ramp is the same terrible one that conservatives have chaffed under for years where they would have to give a lot of money and property to leave, even in a friendly annual conference.

In summary, the purpose of the Traditional Plan was to set the pH of the Methodist pool to levels unacceptable to progressives and inclusive evangelicals. It is working and progressives are taking the bait. But there’s no outlet yet, so for the next year, we sit in the Mean Time of United Methodism.

So how are progressives to respond rather than wading in this toxic pool?

The vote spread isn’t widening despite changes in demographics

Some would say the Methodist pool is impossible to save, and that taking the small amount of bait we would get is our only way forward due to vote spreads widening.

The data doesn’t quit tell that narrative clearly. I’ve seen the claim that because the demographic changes in 2020 make LGBTQ-inclusion even more difficult (USA losing 20 spots, Africa gaining over a dozen, Philippines gaining a few), that means hope is lost.

To respond to that claim, it’s important to see that the Traditionalist 2004 strategy came about after the Conservatives began to fear that their hegemony in The United Methodist Church was at risk.

The 2004 General Conference had the closest vote in our history on adding or removing LGBTQ-related language. It was 455-445 in favor of adding “self-avowed practicing homosexuals” language to the Book of Discipline. Yes, it was 50.6%! Every vote before 2004 had been over 60% in favor, so you can imagine the fear that grasped Traditionalists’ hearts when their key legislation could have failed by only 6 votes switching sides.

Since then, the key moments of the LGBTQ debate have been very consistent with a slim majority:

The vote percentages haven’t changed as much over the years, even though the demographics and global character has significantly.

I wonder if the 2019 vote feels worse because the secular world was in a different place in 2019. 2008-2016 were during Democratic majority eras in society, so even if the church sucked we saw that civil society was becoming more progressive. But the drumbeat of conservatism that had been rising in pockets of society exploded in late 2016, leading to the Trump moment, and continued in United Methodism as well, leading to the 2019 General Conference moment. The twin moments have left us stronger in our Resistance, but also stronger in our desire to Exit.

Sheep are welcome in Wolf Households

There are good people in progressive and moderate circles who are working to Leave United Methodism and start a more inclusive form of Wesleyanism. I’m in favor of such work and efforts and support them. And some of those elements want to negotiate with the WCA and Traditionalists because they know they want that too.

But I must warn about that because there is an ever-present desire by the Traditionalists to “own the liberals” when it comes to separation, and I worry what negotiations with the wolves might mean for the sheep.

In 2004, the proposal made by Bill Hinson for amicable separation said that progressive churches could leave and keep their buildings, but the UMC structures and the name “United Methodist” would stay with the conservatives. Not very amicable or just, and if that negotiation table had been laid out, that’s exactly what would have happened, given the tone of society at that time. It was amicable expulsion not separation.

In 2016, the Traditional Plan’s negative effect on clergy pension improvements was a surprise to everyone in United Methodism (WesPath included) when it was revealed by this blog (and then supported with the follow-up). Also in 2016, the Boyette exit ramp (which did not pass 2019 GC) included a raid on reserve funds. So both of the seemingly reasonable legislation included “kill switches” for progressive movements to be hampered before they even started.

Progressives and LGBTQ-inclusive moderates/conservatives should beware that the track record for reasonable compromise is fraught with these moments, and should have their eyes wide open for arrogance to take hold among the victors.

Darkest Before the Dawn

The good thing is the “raise the toxic levels of everything” approach by the Traditionalists is only effective in the short term. While all the hand-waving and prancing about with power narratives coming out online feels awful to us now, the 2019 General Conference has awakened the moderates and LGBTQ-inclusive conservatives to their antics and started to nullify their effects. People see there is toxicity in the pool and we must work together to figure it out.

There are two paths forward:

The choice is yours. This blog will continue to resource both movements for their good work ahead until it is clear that only one path is viable.