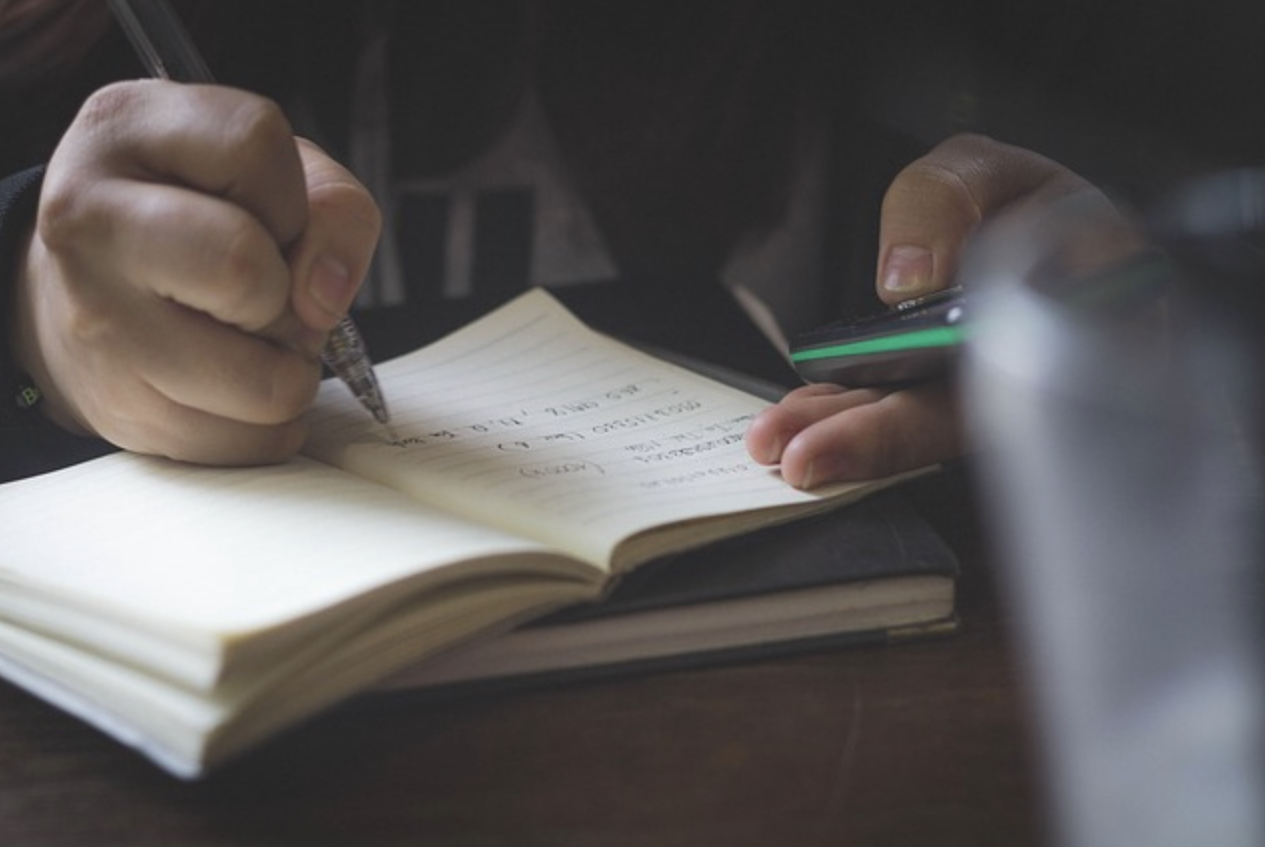 By becoming better informed about the recent scandal about rich parents buying or cheating their way into college placements for their children, churches have the opportunity to help their high school students—and particularly students who are persons of color—better understand and prepare for college entrance processes.

Take a read of this guest essay by a seminary-trained education professional who walks us through the myriad issues in the scandal.

How much can a $40,000 bribe from a rich household buy in selective undergraduate admissions today?

A growing body of research demonstrates that admittance to selective colleges often leads to increased social status, higher income, and improved job opportunities.(Bowen, 1998, Avery, 2003). A report by Georgetown University entitled “Separate & Unequal” (Carnevale, 2013) asserts “African-American and Latino youth—especially those from low-income backgrounds—are underrepresented at the nation’s 468 most selective four-year colleges and overrepresented at the 3,250 open-access two- and four-year institutions.”

That is why the number $40,000 holds so much meaning; $40,000 is the average household income for the non-profit program participants in the outstanding organization, that I researched for my graduate thesis, that coached low-income, first-generationf high school students to gain entry to college. Let it sink in for a moment…that number is literally less than ten percent of the amount that Lori Loughlin, embattled defendant, mother, Hallmark and Fuller House media darling spent to bribe USC on behalf of her social media star daughter, Olivia Jade and her sister to demonstrate they were stellar student athletes. In fact, “Loughlin and her husband allegedly paid $500,000 for a confirmed acceptance to the University of Southern California for both of their daughters. Fake athletic profiles linking them to crew teams solidified their acceptance.”[1]

Why does star athleticism matter?

Historically, athlete scholars have been another door to increase the access to selective college admittance. But all athletic endeavors are not equal.  “Low income strivers” often face a deficit in access to higher priced extracurricular activities, as “affluent families have tripled the amount by which they outspend low-income families on enrichment activities like sports, music lessons and summer camps, according to Professor Duncan and Prof. Richard Murnane of Harvard.” (DeParle, 2012) Activities such as advanced musical training and athletic competition including lacrosse, tennis, swimming, equestrian, and gymnastics, are the talents that upper-class parents actively cultivate in their offspring to yield admittance to competitive colleges such as Amherst, Williams, Duke, UCLA, Yale, Boston University and NYU. In addition, select collegiate institutions were not established for minorities nor low-income students; they were originally created for an elite White European ruling class, and “as creators of policies and practices, their advantages accrue over generations, in the form of family wealth, that serve to continue the advantage even after the more overt discriminatory practices have been eliminated” (Coleman, 2006). These resources directly translate into opportunities to engage in more elite extracurricular activities at a very young age, which allows advanced levels of expertise during high school years.  Varsity Blues knew this selective system well and aimed to cheat the system through close alliances with tennis, soccer and crew coaches.

This particular admissions scandal held specific significance for me since I have spent ten years studying or practicing in the field of graduate and collegiate admissions. As an African female who was also a first-generation college graduate, I understand the opportunities and doors that can open or close based on the college or university you attend. I worked as an associate director of admissions for Harvard Business School, and private admissions consultant for selective graduate business schools and my Dissertation entitled, Understanding Selective College Access for Minority, Low-Income High School students immersed me in over 100 research sources on the higher education admissions landscape The national college advising program that I studied does excellent work advising and coaching low-income students, to enter colleges as diverse as Brown University, Boston University,  Emory, the University of Massachusetts and Williams College which makes it more dismaying to read that the proceeds of this admissions fraud “was run under a fake charity named Key Worldwide Foundation, which was working under the pretense that contributions went to help “underserved kids.””[2]

My doctoral research tested H. Coleman’s (2006) Minority Student Achievement Model to demonstrate that significant personal factors including academic ability, diligent use of resources, perseverance, and strategic involvement in youth development initiatives, combined with a successful college contextual intervention, were significant indicators regarding these student’s admittance to selective colleges. As I reflect on the hard work and long hours that these students exhibited through honest extracurricular pursuits, after school college advising programs, and intensive study sessions for their standardized testing exams including the SAT, I was so disheartened to hear of this exorbitant scandal to cheat the very fabric of the entire undergraduate admissions system.

It’s important to note, that even as selective colleges become more racially and ethnically diverse, they remain economically homogenous, serving predominantly students of affluent families, and failing to support aspirations for upward mobility (Ward, 2005, Kean, 2006, Kahlenberg, 2010, Reardon, 2013). As a result, even when colleges and universities highlight the importance of “diversifying” their student population, they often fail to open doors to students who cannot open them on their own – that is students who are intellectually talented, but lack the resources (e.g., legacy, academic coaches, family support) that are routinely drawn upon by their economically privileged peers, with the result that those less privileged but equally talented students continue to be closed out of the admission process.

Among my peers, I also reflect on the work done by Dario Collado, Director of Strategic Development, Hispanic Heritage Foundation, during his time at Harvard Kennedy School where he notes he “fostered The Harvard Latino Leadership Initiative (LLI) which brought together Latino students or students that wanted to serve the Latino community to the Harvard campus for intense summer Leadership training. These students came from UC Merced, Miami Dade College, CUNY, UMass Boston, RGV in Texas and other schools with large Latino student population. The amazing results included many LLI students themselves admitted to Harvard, Stanford and the University of Pennsylvania for graduate school. The sad reality is many first Gen students self-select themselves out of top schools because they just don’t think they can get into top schools. Some individuals are putting their money toward honest endeavors; the outstanding Harvard LLI work has led to a $20 million-dollar endowment gift for what is now the Harvard Latino Leadership Fellowship.”

Who makes the admission decisions?

A key part of the Operation Varsity Bribe system was getting inside access to administrators who could influence the admissions process. Another higher education administrator, Natascha F Saunders, CEO/Founder, The Youth Career Coach Inc.who also served on an admissions committee at another top elite institution in Boston was reminded “of the lack of the diversity that existed on the committee. She even observed various selection committees that decide which students are accepted for prestigious internships and how those making the decisions are not racially, ethnically, educationally, or economically diverse.  This is indeed a travesty because if the marginally disadvantaged are admitted they face a litany of challenges not just upon entry, but also upon exit.” The reality is Admissions officers often closely reflect the institutions that employ them.  For example, historically, during an “era in which most people going to elite colleges were from socially elite families, admission officers were themselves mostly from elite families” (Sternberg, 2010). It becomes another unsurmountable barrier when illegal bribes are drawn into a system that often already has the odds stacked against low-income prospective students.

So, what can church, and local non-profit organizations do in the wake of this scandal?

In summary, the real tragedy of this scandal is not the parents that were caught embroiled in this admissions fraud but the seats that were stolen and snatched from students whose household income are a fraction of one bribe. The hard-working students who may have been denied a seat at the table of one of these selective colleges because of greed, deceit, and ego.

Shame on all of the participants involved. We can and must do better.

[1]Kirkland, Justin, The Lori Loughlin and Felicity Huffman College Admissions Scam Is So Much Bigger Than Two Celebrities, Mar 12, 2019

[2]Kirkland, Justin, The Lori Loughlin and Felicity Huffman College Admissions Scam Is So Much Bigger Than Two Celebrities, Mar 12, 2019