Home/Church Talk/Progressives: Love And Affirmation Do Not Absolve You [Guest Post] 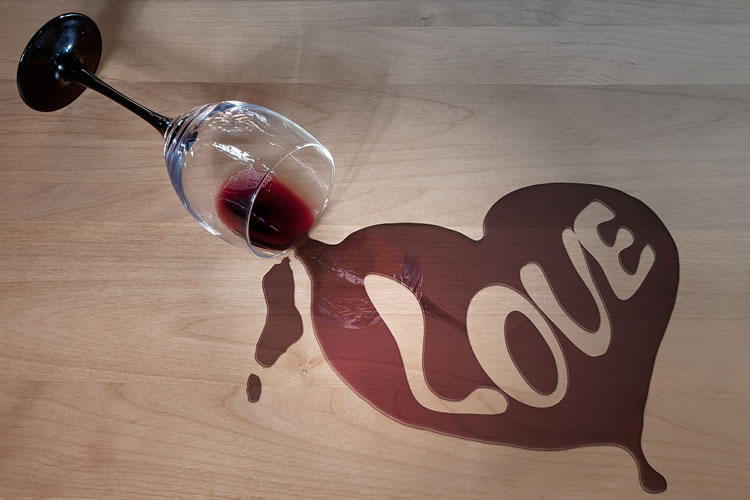 The following article is from an LGBTQ United Methodist who is formerly a candidate for ministry, but left that process and her affirming progressive local church. Her story serves as a witness that, even if progressives are further down the road than traditionalists, progressives have a long road ahead of them when it comes to actual “full” inclusion. Read on.

Progressive Christians: Your Love and Affirmation Do Not Absolve You

A Life of ministry

I often crept into the red-carpeted sanctuary of my church as a child, alone among endless rows of wooden pews with cushioned seats. I knelt in front of the altar and a shiny, golden cross before resting with my back on the floor, arms stretched wide as I looked up at the vaulted ceiling. The star we used on Christmas Eve hung year-round, tucked away behind the rafters and barely in sight from those rows behind me—a secret prop to wish upon when I was without company.

If only I could feel as safe I as I did then, so that I could lay there now. I have a wish–a prayer–to whisper in desperation.

As a teen, the holy spirit stirred within me as I agreed to officially join the United Methodist denomination and the thriving, local church I was raised in. Despite my teenage doubts about faith and miracles and God, I felt led to be a part of that community and the work that was happening through those people–people who wanted to do good. I actively pursued opportunities to learn about and address the problems plaguing my neighbors and throughout the world. I prayed for the understanding to put my faith to work, and my denomination’s leadership taught me how to move those passionate prayers towards action.

When I started a family, we found authenticity and affirmation within that same congregation. My spouse and I volunteered with youth, joined committees, led discussions, and accepted a variety of responsibilities for lay leaders. I was inspired by the prophetic voice of the deacon on staff–a strong advocate for speaking truth to power, unafraid to challenge the comfortable people around him to feel less settled. His mentorship convinced me that I was worthy of my call to ordained ministry.

But I walked away from that.

Our departure was abrupt and caused by a variety of complex realities, but it allowed me to pause in reflection about my family’s identity with regard to the institution and that local church. I still mourn the loss of that community and even sometimes question my decision to leave. As someone who left a liberal-leaning church, I have found it difficult to explain to the people who still attend why we will not return despite invitations. That reason is hard for many to hear.

We, the queer people impacted by the United Methodist Church, already know so many of you don’t want to boot us to the curb. We know that you love, accept, include, and affirm us. But your affirmation is not enough.

The elder at my former church was not supportive of the UMC’s decision to abandon LGBTQIA+ people by denying us access to sacraments and leadership, but his public message to his congregation still stung. It began, “My Dear Sisters and Brothers,” a greeting that alienates many of the queer people he hoped to comfort and connect with. I’m sure he didn’t mean to exclude those who aren’t affirmed by binary language, but he left them out–an act of harm that many cis, straight, white pastors and church-goers who claim to be inclusive don’t even realize they’re committing against the queer people they invite to the pews.

I see so many rainbow flags flying in defiance, in resistance. Hope-filled allies chant “All means all!” in protest of the decision they claim does not represent their communities. But so few of these people or their churches are truly seeking justice for those harmed by the oppressive system they, too, perpetuate. They yell, “There’s work to do!” without realizing the work that needs to happen is with themselves. The news has shown the clear and obvious divide between opposing faith perspectives–but some of the harm that devastates the queer community is committed by our allies, not only by those who interpret our identities as sin. The enthusiasm I’ve witnessed over the past few weeks ignores the very important work you need to do that within your own communities. This makes your response hurt just as much as the bigotry. Another queer friend explains that this response feels like the defense “Not all men!” which often detracts from #MeToo stories. That is harm–the harm you hope to avoid when you denounce more obvious hate against us.

Many congregations who affirm the sacred value of queer people, approve their candidacies, and welcome them to pulpits lack accommodations and ministries that truly affirm queer experiences. Progressive Methodists, you don’t get to blame African delegates or Southern conservatives for the discrimination that occurs in your liberal churches.

If you use binary language or fail to create opportunities to share pronouns, you aren’t truly welcoming. If your overnight policies for youth don’t include affirming arrangements for nonbinary students or you still lack accessible bathrooms for people of all genders to use (without forcing them to duck into private offices or up a flight of stairs), your church is not a safe space for all people. If you aren’t helping those who face school and workplace discrimination or supporting organizations that provide shelter and resources to queer, homeless youth, you aren’t seeking justice. If you haven’t adopted liturgy for the celebration of a name or pronoun affirmation or your registration forms only offer options for mother and father, boy or girl, you should change that. If you aren’t actively engaged in trauma-informed care for those who need to heal after religious traumas and aren’t confronting the way you’ve caused harm, you aren’t doing enough to repair the damage. If you aren’t teaching through the lens of affirming theologies, you must begin. Are you listening to the queer leaders of color in the denomination who share concerns and ideas? If you are in a position of authority or power, why haven’t you stepped back while they lead important initiatives?

You can’t keep making excuses to resist change, justifying inexcusable language or behavior, and demanding we pat you on the back when you do the bare minimum instead of challenging you to do more. You must examine your own paternalism, fragility, white supremacy, ableism, patriarchy, racism, transphobia, homophobia, and countless other problematic biases directly harming the LGBTQIA+ community. A refusal to address even one aspect of those points demonstrates that even our allies aren’t ready to welcome us despite their desire to do so. Do not force the marginalized people around you to do the work you’re called to pursue: immerse yourself in the breadth of information available about these concerns. A variety of resources are free to use and available for purchase. I know you can Google.

A Call to More

I relied on my local church as a constant sanctuary through the milestones and heartaches of life. It was my home. Now that I don’t have it or a denomination to lean on, I often pray in isolation–but it’s different than when I was alone as a kid, without a sanctuary. My family joined a liberal church before there was truly a place for the people I love to be nurtured, to feel safe there—and that caused harm. You can do better.

You must use affirming language, include accommodations, and develop ministries that seek justice for the most marginalized LGBTQIA+ people before you welcome them in. Your affirmation does not absolve you from a call to the truly humble work of educating yourselves and moving towards reconciliation. It is my prayer that you embrace this role as people who claim to want to work as allies. Until you do, you are complicit in the harm. Until you do, you shouldn’t be waving those rainbow flags.

Lauren Rowello hopes to become a chaplain but has paused her membership and path towards ordination in the United Methodist Church. She is a youth worker, community leader, and activist who is especially interested in helping those who have suffered through religious trauma find healing and community.