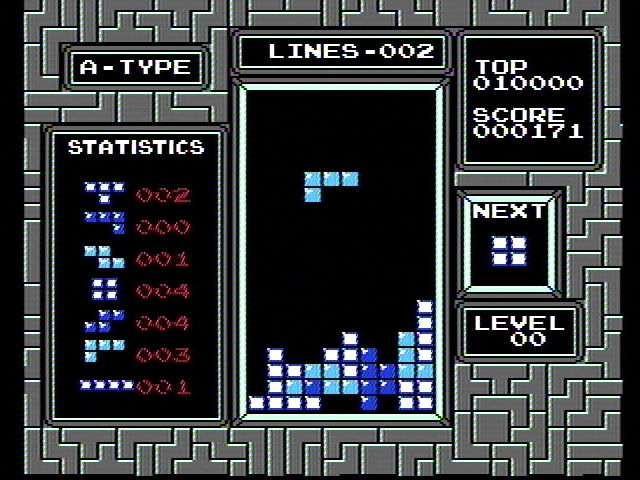 An unexpected application of video game theory to the liturgical season of Advent? Read on!

I was listening to an audiobook Hit Makers about the science of popularity and what makes books, music, games, cars, designs, and people popular. One of the examples given spoke directly to my geeky heart as it discussed the most popular video game in history, which of course is Tetris.

The most popular video game of all time is Tetris. Alexey Pajitnov was a 28yo computer scientist in Moscow when he got an idea for a video game. On June 6, 1984, he released an early version, which he named by combining “tetra” after the four square blocks of each game piece, with “tennis,” his favorite sport…the game is a dance of anticipation and completion. Many novels and mystery stories may be analogous to falling puzzle pieces clicking into place, but Tetris is explicitly just that.

Tetris involves dropping blocks onto the screen and the player has to creatively fit them together into a complete line, which then disappears and the player gets points.

One key element of the game, which Hit Makers names, is its use of “anticipation” by including, alongside the “Live” window, a preview “Next” window that shows what piece will be after the current one. It allows players to plan ahead and make sure the next piece fits, or at least give you a few extra seconds to think about where to put it.

The game is a perfect dance of anticipation and completion, hoping to remove 4 complete lines at one time which leads to the highest score. Such successes lead to what video game theorist Jane McGonigal calls Fiero: we punch our hands over our heads with “YES!” And then we grab the controller again to keep playing.

I had a memorable moment in middle school when a friend showed me his high score on Tetris. I knew I had done better before, so I said I could beat it. He dared me to do it right then.

I started playing on my Gameboy, and he “wait, you are cheating.” I said “What?” He then hit the SELECT button which turned off the preview or “next” box on the screen.

Whaaaaaaaaat?  I had no idea what object was coming next. I could not plan ahead. I could not create room for the next object without knowing what it was. I crashed and burned and didn’t make it nearly as high of a score as he did.

I’ve never played the game without the preview since. It’s just too hard and takes the fun out of the game. The Preview makes the dance between anticipation and completion…um, complete!

Advent is the Season of anticipation, which looks forward to the day when Christ will return and set the world to rights. When Christ will fill in all the missing gaps, complete our Tetris lines, and bring our wayward parts all back together.

But we cannot do our part, we cannot find our role and our place in the story of God’s redemption of Creation, without a preview window. Without knowing what is next, what comes after this one, what we are called to do.

In the Gospel readings for Advent, everything is about preparation. John the Baptist is single-mindedly preparing the way for Jesus, stating that he is not “The One” but is pointing towards the one who comes after him as “The One.” But by his actions and his life, he is pre-figuring what we ought to do when Christ comes.

In this world of missing pieces, we are invited to turn our attention to what comes next that might fulfill and complete us. And for Christians, that means to turn our thoughts, prayers, actions, and efforts over to Jesus, seeking God’s guidance through prayer and study on all that is before us.

Only when we can see ourselves in the Preview window can we know how to act and be in the Live window.  May our Advent attention be just as focused on anticipation which leads to completion.