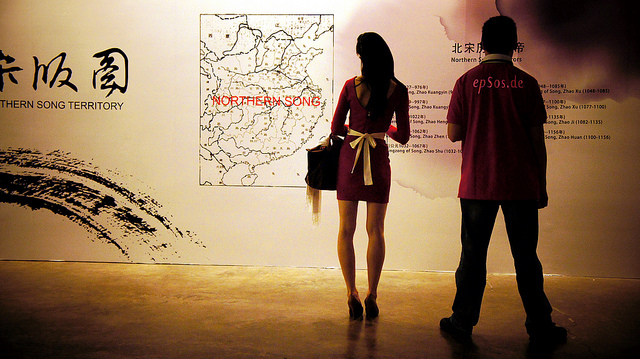 One of the United Methodist News‘ series is “Many Voices, One Faith” a series “designed to put the voices of the church in conversation with one another and build an understanding of what it means to be United Methodist today.” You can read the commentaries here.

As of this writing, its latest entry is by the Rev. Paul Stallsworth, the executive director of LifeWatch, a pro-life advocacy organization focused on The United Methodist Church.

Stallsworth’s article makes a startling claim to this United Methodist: that women and men have different roles and callings in The United Methodist Church. Let’s see how compatible that is to our doctrine and practices.

Church of Mary, Church of Peter?

Rev. Stallsworth claims that women and men have different callings in Scripture. A Mary church is the role of women, of discipleship and pondering the life of faith. A Peter church is about doctrine and discipline, as the two Gospel verses that say the word “church” (ekklesia) can be interpreted that way. It’s an odd interpretation as the first evangel (gospel) told about Jesus was from the women at the tomb (which I think is a pretty doctrinal claim), but I can see its appeal in simplicity.

In making this comparison, Stallsworth draws heavily from Catholic sources, which have their own gendered theology that restricts the priesthood to men, even as it (mostly) allows monastic communities to be egalitarian in authority. While the Catholic sources indicate that Mary’s church is prioritized above Peter’s church, the structure of the Roman Catholic Church leaves little debate as to which church (and gender) is actually in charge.

Finally, in his examples, men and women occupy two churches within one Church. He consistently says that clergywomen exhibit the church of Mary (discipleship, nurture), and clergymen exhibit the church of Peter (doctrine, discipline). While both are forms of leadership, and Stallsworth says they are equal, they are best found in those gender roles.

I wonder if the cited article above is promoting complementarianism. Complementarianism is the belief that God has specific expectations regarding gender roles and that men and women are “complements” to each other in a household as they both are better at certain things.

Generally speaking, complementarianism has two parts. The first part is that, according to complementarianism, a man and women are endowed with certain gifts and skills that, when combined in a heterosexual marriage, “complement” each other, two puzzle pieces that fit together to make a whole that reflects the image of God.

Stallsworth’s interpretation above (or the interpretation of the sources he is promoting) would seem to fall into this category, claiming that the Mary and Peter churches have been given certain gifts and skills that combine to make the structure of the Body of Christ.

The other half of the complementarian position is this: men and women have different gifts that combine to reflect the image of God and God created the man to have the gifts of leadership. That’s the critical part. That is, when God divided up God’s nature between the genders God gave the attributes of leadership to the male, putting him “in charge.”…

It is this additional bit, that God gave the gifts of leadership to men rather than to women, that carries us well past the boundaries of what might properly be called “complementarian.”

To say that men and women are “complements” of each other and that men are given the gifts of leadership in this arrangement is to argue that women are ontologically inept when it comes to leadership. That is, women are permanently lacking and incompetent in leadership spheres (ineptitude) because of the kinds of beings they are, namely women (ontology).

Complementarianism in an ecclesiology looks a lot like Rev. Stallsworth’s article: that women and men have the same titles and positions and authorities, but each gender is lacking and incompetent in leadership spheres beyond their Mary or Peter churches (ie. Women are ontologically inept at discipline and doctrine).

So Rev. Stallsworth and I are both ordained United Methodist clergy, and both men, talking about the gifts of women. Sigh. What does our common church say about the above theology?

We know what our common church experience is: we are the largest denomination in America that ordains women. So we are uniquely suited to see whether women and men are equal and have equal gifts, and our institution is able to critique itself when it unfairly holds back women from the same opportunities as men (which happens far too often in harassment and clergy pay). Women are given roadblocks that men do not have, and men are the vast majority of megachurch pastors and church planters, so it is hard to say that United Methodism in practice is not complementarian in some ways.

hen it comes to doctrine, I can’t find anything that gives an official United Methodist position on complementarianism specifically. But there’s this section of our Book of Discipline that gives theological warrant to how we view the different ministries of the church:

¶ 130. The Unity of Ministry in Christ—There is but one ministry in Christ, but there are diverse gifts and evidences of God’s grace in the body of Christ (Ephesians 4:4-16). The ministry of all Christians is complementary. No ministry is subservient to another. All United Methodists are summoned and sent by Christ to live and work together in mutual interdependence and to be guided by the Spirit into the truth that frees and the love that reconciles.

That section doesn’t seem to be in conflict with Stallsworth’s article, as he claims that the diversity of gifts is not hierarchical and women are not subservient to men. It even uses the word “complementary” ha!

But as Dr. Beck outlines above, to give some gifts to one group and not to another is to claim that group is ontologically inept (missing!) the gifts. That they cannot possibly function at a level like their gender counterpart, even if they seem to exhibit some of those traits.

We can see that division in the closing paragraph from Stallsworth’s article, which at first read seems to be the most charitable:

The word choice matters: Women sometimes “serve well” doctrine and discipleship (women are servants, and men have “authority” remember?), and men are sometimes “first” (as if that’s a starter position to the “real” job of discipline and doctrine). Even when trying to be charitable to the reality that all genders are capable at all roles in United Methodism, the ontological division is still present.

A truth that frees and a love that reconciles would not claim that one gender is inherently better at a topic of faith than another. Let’s be clear: different genders can have different lived experiences of faith; for example, women talking about discrimination carries more authority than men because of their experience, not because of ontological advantage. But to claim that each gender has a particular role they are intrinsically better than the other gender at is in contrast to United Methodist doctrine and the lived experience of clergywomen everywhere.

Note: Portions of this article were recycled from this 2013 Hacking Christianity article.