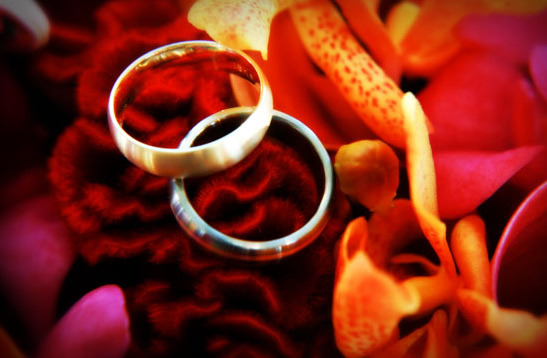 The following is a guest post by a previous contributor Rev. Brady Whitton  (see articles here and here). Take a read for a helpful contribution to the General Conference 2019 debate.

The Biblical Definition of Marriage?

As the Special Session of the General Conference of the United Methodist Church draws near (St. Louis, February 23-26), I’ve talked with many United Methodists who are on the fence about the practice of same-gender marriage. What I hear again and again is that while people’s hearts go out to LGBTQ folk, at the same time they want to respect the authority of scripture and honor the “Biblical definition” of marriage.

What I propose is that there is a “Biblical definition” of marriage that many have not considered, one which includes the possibility for same-gender covenantal relationships.  But before we go there, let’s talk about the Bible and marriage in general.

The first thing we need to be honest about is the Bible has no one clear definition of marriage.  For example, the practice of polygamy was common in the Hebrew Scriptures. King David, a “man after God’s own heart” had as many as eight wives (see 1 Chronicles 3) and other prominent Hebrew figures also had multiple wives.  (I’m not including Solomon’s seven hundred wives here because an argument can be made that he did indeed break a Deuteronomic command for a king not to have too many wives — see Deut. 17:17.)  Like it or not, polygamy is one “Biblical definition” of marriage.

Some argue that Jesus himself, echoing Genesis 2:24, defines marriage as between one man and one woman in Matthew 19, “For this reason, a man shall leave his father and mother and be joined to his wife, and the two shall become one flesh” (Matt 19:5). While I don’t think Jesus’ intent in this exchange was to define marriage, even if I did, the practice of one man, one woman is simply one more definition of marriage in the Bible, not the only definition.

What is evident is that, in time, the norm developed, particularly in Christian Europe, that marriage was between one man and one woman. This became the practice the Church taught and encouraged. It is accurate, therefore, to call marriage between one man and one woman the “traditional definition” of marriage, but as I argue above, it is inaccurate to call this practice the “Biblical definition” of marriage.

With that said, neither of these Biblical practices — polygamy or traditional marriage — offer a scriptural grounding for same-gender marriage.  But there is yet another “Biblical definition” of marriage we haven’t considered.

One of the recurring themes in the Hebrew Scriptures is the comparison of the relationship between God and Israel to the relationship between husband and wife.  The prophet Isaiah reminds Judah most directly, “Your husband is your Maker” (Is 54:5). While the primary intent of this comparison is to elevate virtues such as love and fidelity, there are numerous references to Israel being an adulterous wife with God filling the role of faithful husband.

This same theme is picked up the New Testament with Jesus as the groom and the Church as his bride.  Paul tells the Corinthian church, “I am jealous for you with a godly jealousy; for I betrothed you to one husband so that to Christ I might present you as a pure virgin” (2 Cor. 11:2).  This theme reaches its climax in John’s Revelation as a heavenly multitude shouts, “Let us rejoice and exult and give him the glory, for the marriage of the Lamb has come, and his bride [The Church] has made herself ready” (Revelation 19:7).

Now some will argue that the Biblical writers are simply using human marriage as a metaphor for the relationship between God and God’s people and that this isn’t another definition of marriage. I’d argue the opposite is true. Covenant as a concept and practice originates with God. God is the first covenant-maker. Human marriage, therefore, is a reflection of the covenant between God and God’s people, not the other way around. (A similar idea is expressed in Hebrews 8:5 where the writer says the earthly sanctuary is merely a “shadow” of the of the “heavenly one”. The real one is in heaven, it’s what happens on earth that is the reflection.)

This understanding of marriage is preserved in the official wedding ceremony of the United Methodist Church. During the Blessing of the Rings the officiant reminds the bride and groom, “These rings are the outward and visible sign of an inward and spiritual grace, signifying to us the union between Jesus Christ and his Church.” (I would argue it’s not just the wedding rings that signify the union between Christ and the Church, but marriage itself.)

Now please hear me. The statement I’m about to make is not for the purpose of being controversial or stirring the pot.  I believe what I’m suggesting is Biblically and theologically accurate.

The Bible says that as part of the Church I am a bride of Christ. You might even say that as a Christian, I, a man, am married to Jesus, another man. I reaffirm my vows almost every day, “. . . And now, O glorious and blessed God, Father, Son, and Holy Spirit, thou art mine, and I am thine. So be it. And the covenant which I have made on earth, let it be ratified in heaven. Amen.”

So what does this tell us about the “Biblical definition” of marriage? Clearly, some Biblical writers had an understanding of marriage that was bigger than one man, one woman. There were Biblical writers who understood that marriage could transcend gender and is ultimately concerned with the covenant, mutual responsibility, faithfulness, and love.  Here we have a third “Biblical definition” of marriage, which includes the possibility for same-gender covenantal relationships.

And what about polygamy? Doesn’t this third “Biblical definition” open the door for the practice of polygamy? God does not “covenant” with just one person after all. Or does God? While it is outside the scope of this piece to explore the practice of polygamy, I would argue that God does, in fact, covenant with one person, Abram, and that the rest of the salvation history is about the unfolding of that single covenant. In other words, the God of the Bible is a monogamous God.

Real Renewal for The UMC

So what Biblical grounding can United Methodists give for the church allowing same-gender marriage?  While it’s true that removing the prohibition on same-gender marriage will change the “traditional definition” of marriage, it gives us the opportunity to embrace a larger, more comprehensive “Biblical definition” of marriage. This “third” definition is based in scripture, makes room for same-gender covenantal relationships, and renews the call to Christlike conduct in our most intimate earthly relationships.  In the end, Biblical marriage is not primarily about gender — it is about covenant, mutual responsibility, faithfulness, and love.

[Given the current climate in the UMC, I believe it’s important for me to be clear that while there is room in my personal Biblical and theological perspective for same-gender marriage, as an Elder in the United Methodist Church (UMC) I am also bound to the covenant I agreed to when I was ordained. This covenant includes fidelity to the Book of Discipline of the UMC, which currently prohibits clergy from performing same-gender weddings.]

Rev. Brady S. Whitton is the Senior Pastor at First United Methodist Church in Baton Rouge, LA. He holds a B.A. in Philosophy and Religion and a Master of Divinity from Drew University. Brady is married to Dr. Natasha Whitton, who teaches English at Southeastern Louisiana University. Together they have three children ages 14, 11, and 7. When he’s not being a pastor, husband, and dad, Brady likes to collapse and watch a good movie!”