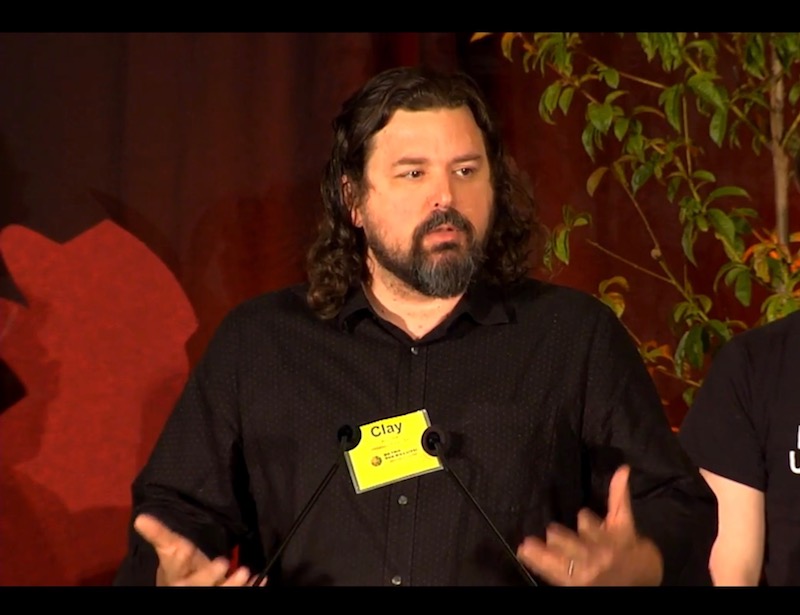 In the Room Where It Happens

On Friday, June 15th, on the floor of the 2018 Oregon-Idaho Annual Conference, their delegation to the Special General Conference 2019 made the following statement.

The delegation from Oregon-Idaho, after lots of debate and prayer and discernment, has decided that the Rev. Wendy Woodworth will be our Clergy Reserve delegate on the floor. Our Clergy Delegate will remain the Rev. Donna Pritchard, who has done remarkable work with the Commission on A Way Forward, and we think it is important for her presence and connections to continue. Donna will make sure there will be time when Wendy will be on the floor.

Oregon-Idaho has four people on their delegation: Two clergy, two laity. What this action means is that several clergy members of the delegation (elected before their LGBTQ colleague) have given up their floor privileges at General Conference 2019. This effectively means that an LGBTQ clergywoman, a member of the Queer Clergy Caucus, will have First Reserve status at General Conference 2019.

The delegation explains their action:

While this is a small symbolic act, it feels like an important one, to say to our whole church that we don’t want to decide what happens to our LGBTQ siblings without them being present in the conversation. We want to be sure to express that our commitment is to continue to do the work that this conference has been doing for generations: to seek justice and to work for full inclusion and equality of all God’s children.

This action means that the floor delegation from Oregon-Idaho will be 50% LGBTQ. It is important as we head towards Special General Conference to make sure that more LGBTQ persons are in the room where it happens.

A similar action took place the previous week in the New York Annual Conference as they included more LGBTQ voices in their General Conference delegation.

New York was one of only a few Annual Conferences that opted to re-elect their delegation, which for 2016 was 50% Persons Of Color (POC) and one out LGBTQ clergy. The delegation elected ended up looking very different, thanks to advocacy coordinated by the “With Not About” movement. Dr. Dorothee Benz reported on Twitter:

The rationale for increasing the number of POC and LGBTQ voices on their delegation was as follows:

We recognize that LGBTQI people have been systemically excluded from the decision-making processes in the UMC that have designated them as “incompatible with Christian teaching” and created rules to bar them from serving in ministry and being ministered to. Only a handful of out LGBTQ people have ever served as General Conference delegates…

[Therefore] the conference urge its members to cast their votes for the 2019 General Conference delegation in such a way as to constitute a majority-LGBTQI delegation that reflects the full diversity of LGBTQI communities as well as the diversity of NYAC, so that LGBTQI people can have the genuine ability to shape the delegation’s positions and presence at the special General Conference.”

The newly elected delegation will go a long way to bring more LGBTQ voices to a Special Conference called to decide on their humanity and their full or reduced participation in the life of the Church.

I often hear online the argument that “men decided on women’s ordination” so we don’t need to include LGBTQ persons when we are debating the full inclusion of LGBTQ persons.

But that argument doesn’t match the historical record.

The helpful people at InfoServ responded to my request as to the gender makeup of the 1956 General Conference, the conference that decided on across-the-board clergy status for women. It turns out that 84 out of 761 delegates to General Conference that year were lay women. That means 11% of the votes on women’s ordination came from women.

So while it was true that men voted in women’s ordination, women were at the table and in the conversations—and in force. They were a different status than the clergymen, but they were at the table, over 80 of them.

Fast forward six decades and barely 3% of the delegates to General Conference identify as LGBTQ, under 30 people. Before the actions by Oregon-Idaho and New York, there were only two out LGBTQ clergy on delegations—and one of them was elected bishop, Bishop Karen Oliveto! Now there are four more! Huzzah! But a long way to go from 1956, one of the most significant General Conferences where a majority granted like status to a minority.

Incidentally, for progressives concerned about only three LGBTQ persons on the Commission on A Way Forward, the 1956 Ministry Committee, which dealt with full clergy rights for women, consisted of 81 men and three women.

Be A “With Not About” Delegation

The above is a call for all Annual Conferences to look at their delegations and see if LGBTQ voices in the reserves could be brought forward to be on the floor. By order of election, there may be LGBTQ folks who are on the reserve list but not attending the General Conference 2019.

Delegations have full authority to decide who attends GC on their conferences’ behalf. It doesn’t take paperwork or conference votes. All it takes is the delegation saying “the first reserve to be placed on the floor will be an LGBTQ person” to help talk “with not about” LGBTQ persons.

If there aren’t LGBTQ persons on your delegation, consider raising funds to send LGBTQ members of your Annual Conference (lay or clergy) to be present at General Conference 2019, able to tell their stories and answer questions when their identities are being debated on the floor or from the podium.

I hope that allies and moderates see the value of including people at the table, and we can get closer to the 11% number that changed the Methodist trajectory then, and has the potential to save it from itself now.