Home/United Methodist Church/Schism/UMC Schismatics are now in Plain View…but Why? 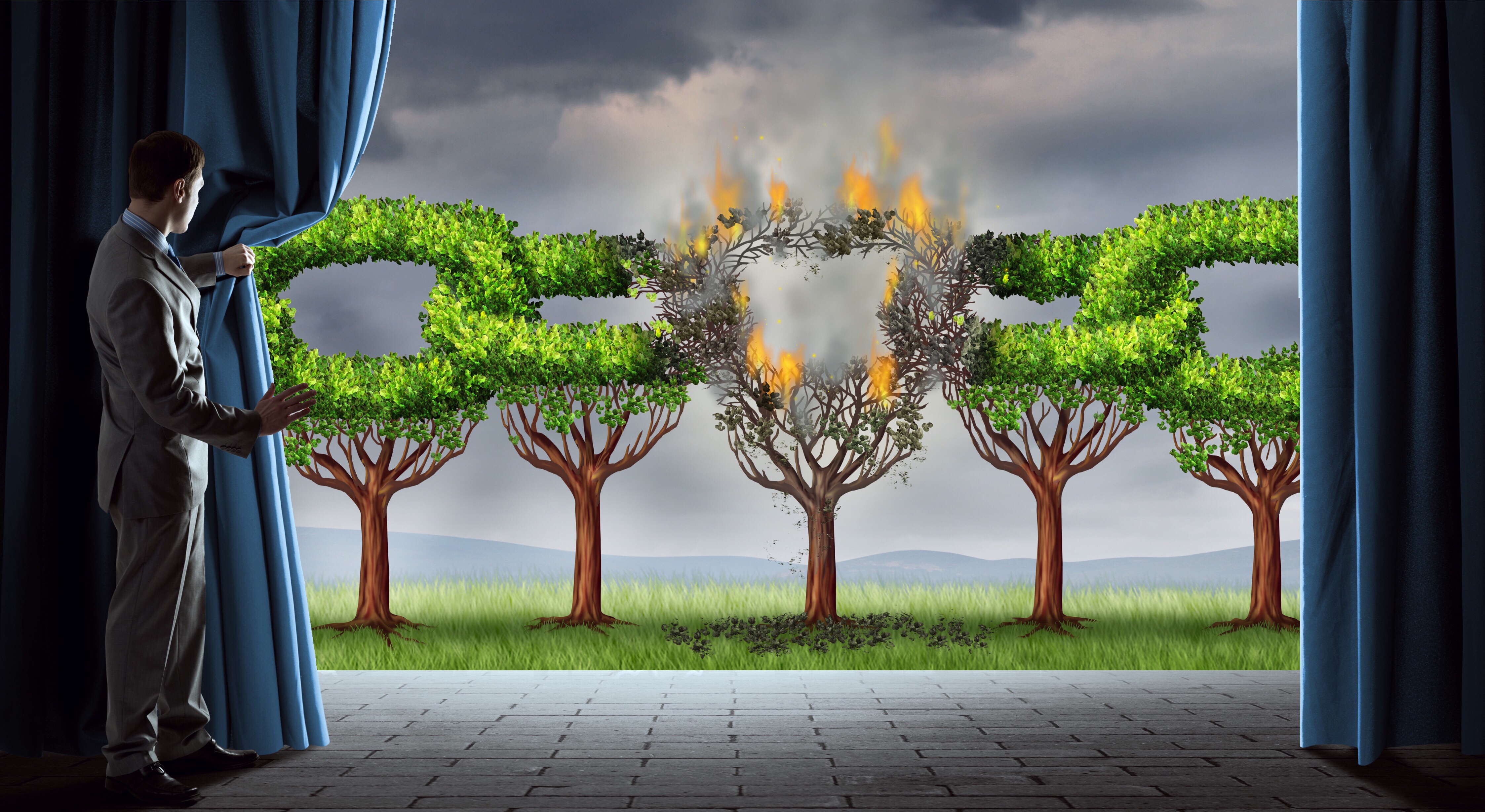 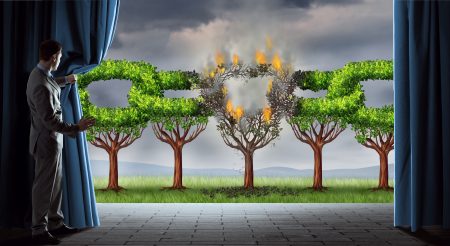 This past week, three organizations advocating against LGBTQ inclusion in The United Methodist Church issued disturbing ultimatums to the A Way Forward process and the Bishops who will bring it forward.

Rev. Rob Renfroe, speaking on behalf of the Good News Movement, promises that if there is a whiff of compromise, his caucus group will destroy The United Methodist Church:

Treat us with contempt and one of three things will happen. One, we will defeat the plan and the bishops will have failed in the one thing we have asked them to do in decades – resolve our division and lead us forward – leaving the church in chaos and further disunity.

Two, we will put forth a plan that resolves the conflict by allowing traditionalists to be faithful to our understanding of Scripture, and that plan will pass.

Three, the local option will pass and we will become invisible. You won’t see us or many of our churches in what’s left of the denomination. As for our value, you’ll find out how much we added to the church when we’re gone.

Short version: Pass our plan…or else.

Rev. Keith Boyette, speaking on behalf of the Wesleyan Covenant Association, promises a similar exodus but not before rejecting two years of intense denominational discernment outright:

The WCA is committed to upholding our sexual ethics, definitions of marriage and ordination standards for the simple reason that they are grounded in Scripture and the historic teachings of the faith.

Regardless of the recommendation of the COB, we will contend for this position through legislation submitted to the special called 2019 General Conference. Should the UM Church abandon its current sexual ethic, definition of marriage and ordination standards, the WCA will provide a home for laity, clergy and churches committed to what has been historically taught and believed by Christians in all times and in all places.

Like we feared before, the WCA is now pledging to present alternative legislation opposing A Way Forward. And as we outlined before, it has a viable course of acceptance.

This guy. I don’t even know what to do with this. The Legal Counsel for the Wesleyan Covenant Association, Daniel Dalton, who wrote their founding documents is peddling his legal services to churches who are contemplating leaving the UMC.

He wrote this rambling diatribe on his blog. And ended with this:

The professionals at Dalton & Tomich, PLC have helped many local Churches leave denominations and prepare to leave the Methodist denomination.  You can email us to find out the five things the local Church should do to prepare for departure or learn more about the Trust Clause through our whitepaper.

Up till today, I’ve never believed the characterizations of some lawyers as shameless ambulance chasers. I do now.

Look what you made me do

The only good news from the above is that they’ve finally come out in the open.

None of these letters would have seen the light of day 18 months ago. That was when the caucus groups were in charm school and denying allegations of schism. They took to public letters to refute General Conference delegates, like when Good News’ Walter Fenton lambasted a Texas delegate, Ricky Harrison.

In reality, no one is actually calling for “schism.” The only people bandying around that scare word are those who evidently want to tar others as proponents of schism…Who in the UM Church is promoting schism or strongly advocating for separation, amicable or otherwise?

The lady doth protest too much, methinks!

But what’s the endgame?

Here’s the problem with the digital saber-rattling: people are unsure if the above schism advocates want schism or if they are fanning the flames of schism to facilitate a takeover ala the Southern Baptist Convention’s moderate expulsion of the 1980s.

But history tells us something.

The 1980s were an explosion of traditionalist efforts to operate parallel denominational resources without oversight or accountability. Through the Mission Society (1984 parallel to the General Board of Global Missions), Bristol House Books (1987 parallel to Abingdon), and the RENEW network (1989 tiny parallel to UM Women), traditionalists created a parallel structure that provided books, women’s fellowship, and missionaries for congregations to support outside of United Methodist oversight, accountability, or connectional leadership.

The parallel entities in the 1980s gave the narrative that they were to support the persecuted, downtrodden conservative minority.

But looking back, that simply wasn’t the case.

The 1980s were when the conservative perspective was resurgent and attractive to moderate Methodist delegates to General Conferences. We removed our commitment to ecumenism in 1988. “Fidelity in marriage, celibacy in singleness” language that specifically targeted LGBTQ people came in 1984. The Houston Declaration was in 1987. Bam bam bam.

So why did the parallel traditionalist universe begin at the same time their perspective was resurgent in United Methodism?

I believe that the mere existence of such parallel entities allowed them to intimidate and claim power over the institution in private, all the while claiming minority persecuted status in public.

And it led to a Church that was silent in the face of the AIDS epidemic, callously turned away by a silent moderate majority that had been cowed by fear stoked by the conservative minority.

And it is working now.

During the past six years, the ratcheting up of conservative industrial entities has intensified at a rate unseen since the 1980s.

The Methodist Crossroads (2014), Seedbed (2012 – which later took the ashes of Bristol Books under its wings), New Room Conference (2014 – to sell Seedbed books & promote their speakers), and now the Wesleyan Covenant Association (2016) all came about during this same period. The past six years have consolidated the gains and efforts of the 1980s into a parallel network of missionaries, books, revival meetings, and seminaries, with the WCA to rule them all…and in the darkness, bind them.

All the while, the WCA and Good News claim minority, persecuted status from meanie bishops above. But silent moderates and conservatives are the majority in the Church…unless the moderates aren’t so silent.

The 1980s taught us that silent moderate Methodists could be intimidated into believing perspectives that didn’t stand the test of time, leading to harm and death.

The Church loses its way when the conservative industrial complex slips into full gear and claims persecution in order to persecute others, rather than full participation in the discernment process they previously venerated.

The same strategy is on display today.

Will the moderates be fooled again?

The endgame is unclear, but there are many months ahead. Be vigilant, talk with your bishops until their plan is crafted, then talk with General Conference delegates (the same ones from 2016, in most conferences). Share stories of your local church’s good work, reach out to neighboring churches in partner projects or international missions to Africa, support UMCOR, and pray.

Be the connection that the above parties so desperately want to unravel.

Thanks for reading, commenting, and sharing on social media with your local church, conference committees, and friends.

[Update: Original post erroneously identified Walter Fenton with the IRD rather than the appropriate Good News. It has been corrected.]