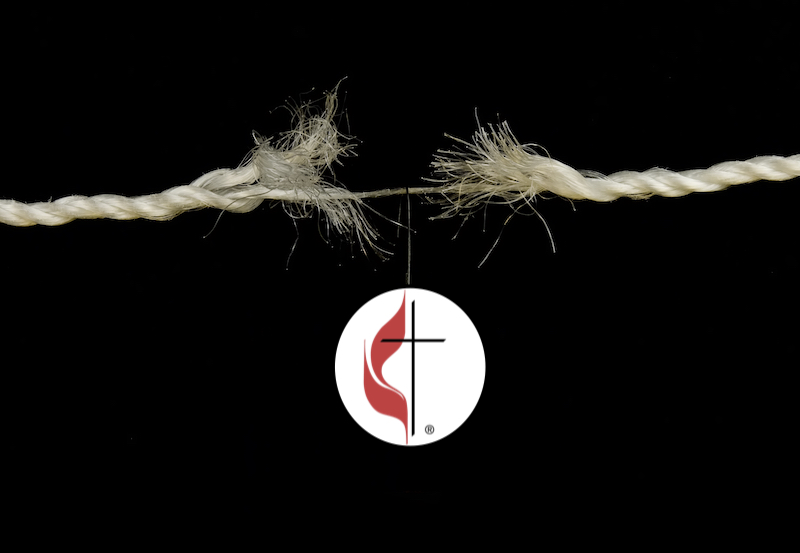 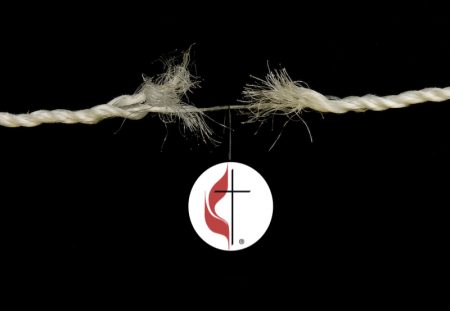 How we got here

At General Conference 2016, the floor of General Conference passed a resolution asking the Bishops to create a plan to address (“once and for all” I heard it said) the debate over LGBTQ inclusion in The United Methodist Church. Some perhaps hoped it would be a plan of schism, probably one of the two written by Rev. Keith Boyette (1,2), now head of the Wesleyan Covenant Association.

But then the Bishops proposed the “A Way Forward” process that we know today. A group of laity and clergy, handpicked by the regional colleges of Bishops, would study the topic for two years, then provide recommendations to the full Council of Bishops. The Bishops would then be authorized to present legislation to a special session of General Conference solely dedicated to the Bishop’s legislation, coming at the end of February 2019.

The Committee on A Way Forward presented its work to the bishops this week in private, executive session. That means it is almost to the point when the future of United Methodism lies in the bishop’s hands.

When that happens, there are two critical factors that the average Methodist needs to know about—and of which the bishops need to take heed.

Conservatives are Trained to Distrust Bishops

The deck is stacked against the bishops by the conservative evangelical wing of the UMC.

Years of manufacturing distrust and trafficking in outrage have planted seeds of distrust in the Episcopacy. By their action and admittance, conservative evangelicals have stacked the deck against a proposal by the Bishops getting a fair hearing.

The Vice President of Good News Movement, and a member of the Commission on a Way Forward, reflected in a comment on this blog after General Conference 2016 that the last region of United Methodism that conservatives do not control is the Bishops:

Tom Lambrecht (2016): Conservatives have controlled the legislative branch of General Conference. At times, we have also had a majority of the Judicial Council. But at least since 1996, the progressives have controlled the Council of Bishops. Today, I can say with confidence that there are only about 8-10 annual conferences that are presided over by a conservative bishop. Whole swaths of the church in the Northeast, North Central, and West have not seen a conservative bishop in 30 years or more. In the annual conferences is where the rubber meets the road, and there in many places progressives or left-leaning centrists have been in control for many years…The short summary is that conservatives have never been in a position to govern the church since 1968.

Conservatives have cemented into their consciousness the belief that the bishops are not to be trusted. Conservative leaders have in the past utilized fringe groups to do the dirty work of this undermining of authority. For years, sites like UMBishopWatch and UCM Page collected extreme rhetoric against the episcopacy. Their writings and audiences found natural affiliation with the conservative evangelicals who parroted “polite” versions of the distrust on Renewal Group blogs and periodicals.

In short, Conservative Evangelicals, despite prevailing on the hard line of clergy trials for decades, believe the bishops do not have their best interests at heart, and the seeds of distrust are ready to bloom this year.

Progressives Have Experienced Harm at the Hands of Bishops

For all the conservative groups’ manufactured ire, they have not been on the receiving end of the Episcopacy nearly as much as progressives have.

Reconciling Ministries Network has a partial list of clergy trials on their website, dating back to Gene Leggett in 1971 before there was even officially language against LGBTQ persons on the books. In every quadrennium since 1996, progressive clergy have been on trial for officiating marriages of their congregants equally, and LGBTQ clergy have been on trial for refusing to divorce their same-gender spouses to keep their jobs. These are a fraction of the actual complaints and (un)just resolutions, many of which conclude without public discussion.

It’s not just the Bishops, but also their handpicked members of Annual Conference Boards of Ordained Ministry. It doesn’t take much: A Bishop placing just one Defender of the Faith on an interviewing committee can sink a progressive clergy candidate. I had two (!!) myself when I was interviewing for Provisional Membership and only overcame their incredible efforts due to privilege and what I can only call the influence of the Holy Spirit.

While conservatives have had disagreements with their Bishops and have chafed at a lack of opportunity or regard when in the minority (just like progressives when they are in the minority), the case history is clear that clergy trials and complaints, whose processes were blessed by the presiding bishops, have resulted in more harm done to progressives and LGBTQ clergy than conservatives.

So who is left for the Bishops?

The truth is the Bishops’ Commission was not a conservative idea or a progressive idea. It was a centrist idea. Conservatives spoke out against delaying votes on human sexuality, some expressing a desire to drive progressives out or for conservative evangelicals to leave themselves. Little wonder Centrists and Middle Methodists are being marketed to in every direction.

As articulated before, the only way the AWF can pass is a single strongly supported proposal that can withstand a conservative nullification effort before the floor can even vote on it. That means narrowing down to one proposal.

By the reports from that conference, Option 1 (tightening the thumbscrews on progressives and forcing LGBTQ laity to divorce their spouses before seeking ordination) is no longer considered. Option 4 (full inclusion of LGBTQ persons in the life of the church) was apparently never considered. That leaves us with Option 2 and 3 as the potential candidates for something new. This is supported by a recent survey and town hall conversation by the Arkansas Annual Conference, which indicated 52% of respondents want something new (Option 2 or 3) with only a plurality wanting Option 1.

Rev. Lambrecht’s words above imply to me that the Bishops are the only group left who can lead us to unity with diversity to achieve the mission of the Church–or lead us instead to dissolution, litigation, and death of camaraderie over the sound of champagne being poured at the Institute of Religion and Democracy.

The Only Move Left

The only way the bishops overcome decades of distrust is to propose a way forward with incredible novelty that creates conditions for the full inclusion of LGBTQ persons and keeps Moderates from being seduced to the Wesleyan Covenant Association. If done right, even Conservatives will thank them later, as they now appreciate the full inclusion of women and African American clergy that they previously opposed.

I don’t know what it ultimately looks like—the Bishops and AWF have knowledge and perspectives of which I’m not privy. But I do know the work is hard with the deck stacked against them, both by their actions against progressives, and the conservative industrial complex whose currency is martyrdom and prosecution against all those who oppose them.

The future of Methodism hangs on these shepherds of the Church. We will be in prayer for you throughout the revealing of what is before us.

The Bishops’ office is an anachronism that requires they seek to be forgotten by history even as their good work continues forward.

No one remembers the bishops who presided over North/South Reunification, or even more recently the uniting with the Evangelical United Brethren Church to form The United Methodist Church. I don’t anyway.

But everyone remembers Bishop James O. Andrew, whose actions (influenced by his annual conference’s preferences) led to the North/South schism of which we are still recovering.

History will remember the Bishops who were presiding over the unjust discrimination or the schisms of our history. We will remember your names if you are unable to do what was necessary to achieve God’s purposes for The United Methodist Church to welcome each one to the Table and be turned into agents of transformation for a polarized Church and World.

May we forget your name and remember only what you created for the Church…and the One to whom we all serve. With our thanks.

I commit to being in prayer and conversation with our bishops during this time. I hope you join me.

Thoughts on the above?