Home/Church Talk/Bible Study/The Widow’s Mite: Look What You Made Me Do 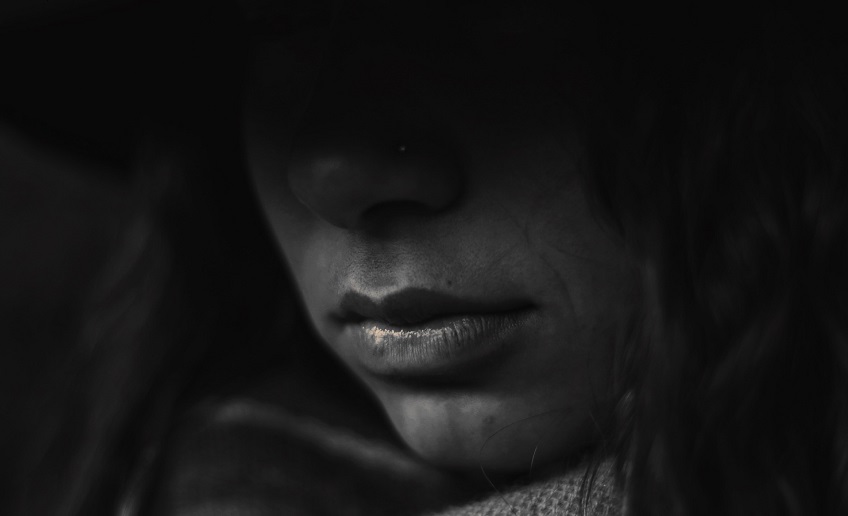 The dark side reading of the Widow’s Mite settles a lot of theological problems for this stewardship text.

The Gospels of Luke and Mark report a similar incident that happened while Jesus was peoplewatching outside the temple where donations were given to support the temple and the religious establishment.

A widow came up to the offering plate. A poor widow, marginalized in society as she was a woman of low status, married once and lost and unlikely to wed again. With the mortality rate how it was, she could have been in her mid 20s or early 30s. Like Daisy Mae in the musical Lil Abner, she is way “past her prime.” The widow came up and put in her last two pennies. She gave her all. She would have nothing to lie back on. She would be completely at the mercy of a world whose cultural norms turned against her. And she gave a penny anyway.

And we are left asking…why?

Why was Jesus commending her?

Biblical commentators generally say that Jesus says to support the church rather than human needs. That when the choice is between our comfort and the church, we are to give to the church.

That makes for a good stewardship line in contemporary sermons on sacrificial giving and priorities. But that’s not what Jesus says elsewhere in the Gospels.

In Mark 7, Jesus says that people who withdraw their support of their family members and give it to the religious leaders are quite wrong to do so. And scribes and Pharisees who promote that idea are also wrong. If you moved your parents to a cheaper retirement home so you could keep more money for yourself and could give more money to the church, you are in the wrong.

So how could a widow, whose money is used to support her, the marginalized of society, how could she possibly be commended for her gift to the very institution that harmed her.

In the chapter before (chapter 20) of Luke’s version of the story, Jesus throws down against the religious elites in this way:

“the scribes who like to go about in long robes and the best seats in the synagogue and the place of honor at feasts, who devour widows’ houses and for a pretense make long prayers. They will receive the greater condemnation.”

And like a Hollywood moment that fulfills the foreshadowing, in the next chapter is a widow whose house has been devoured, and she is coming up to give her last to the people that Jesus said devoured her.

Dr. Thomas Long at Candler School of Theology said in a sermon once:

“This woman gave everything, alright…they took every last penny from her.”

He looked up and saw rich people putting their gifts into the treasury; he also saw a poor widow put in two small copper coins. He said, “Truly I tell you, this poor widow has put in more than all of them; for all of them have contributed out of their abundance, but she out of her poverty has put in all she had to live on.”

Jesus does not commend the woman. No “congratulations” or “blessed are” or “the kingdom of God is like.”

Rather, Jesus describes the scene. Jesus doesn’t commend. He laments.

It’s a tale as old as time. The people forced out of their homes in 2008 lost more than the bankers who lost jobs–and none of them went to debtors prison. The swamp wasn’t drained and the states who voted 70% or more for the current administration will be the first to lose health care.

Jesus laments the victim of oppression, he doesn’t commend her.

Indeed, Jesus even sees her gift as a waste as the following verses of Luke 21 indicate the very temple that the widow was contributing to would fall, and we know historically it did. She gave an offering that was a waste.

And Jesus laments. Along with the widow.

Why would Jesus tell such a sad and misunderstood story?

Because Jesus began the revolution that said never again.

Jesus calls us to remember the widow and put our all in the basket. To be all in to be the voice of protest and solidarity, that stands with the least and the lost. To be all in to substantive gifts of charity and substantive efforts towards justice. To be all in to education of our young people and iron-sharpening-iron experiences for our adults. To be all in using our connections and gifts to make justice happen, not just lament how things are.

Are you all in?

Or do the powers and principalities that devour widows have the last word, and you remember her only to think about how much you’ll tithe this year?

In closing, I’ve sold the widow short, and I need to apologize for that.

Yes, she was devoured by the men. Yes, she lost everything to a culture that despises broken families and lacked grace.

But in my mind, she walked up to that offering plate with her head held high and defiant. She wanted to make the Pharisees and tax collectors and high and mighty see her face, saying look what you made me do.

Novel Prize Winner Leymah Gbowee has spoken before about the day she won the Nobel Peace Prize, saying

“There is a saying ‘He who is down fears no fall.’
Well, if I am already down, I can speak truth.”

I like to believe the widow spoke her truth in that moment as the pennies clinked into the offering plate.

Do you hear it?