Home/Church Talk/Denominations are Dinosaurs, except when Disaster Strikes 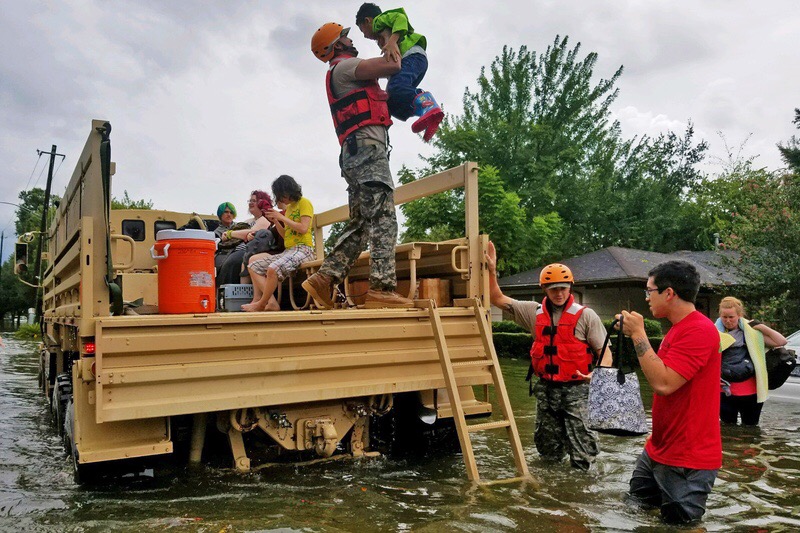 When disaster strikes, we are reminded that we are better together.

When disaster strikes in our hyper-connected world, the damage is not localized. The entire region and world is aware of Hurricane Sandy, Katrina, and Harvey. The earthquake in Haiti. The tsunami in Japan or the Philippines. Flooding in Asia or tornadoes in Oklahoma. Waves of support, money, relief come to those regions for their immediate needs.

But unless we live or have mission teams that go to that region, our attention goes to the next shiny object, the next disaster, or we simply focus on our own areas in the name of being “relevant.” It takes dedicated support and enthusiastic volunteers to keep up with the region’s needs.

While it is trendy to go at it alone these days as populations move away from mainline connected churches towards non-denominational or independent churches, I believe when disaster strikes it takes denominations and connected churches beyond the affected area to most effectively channel resources for relief and recovery.

Pastor Joel Osteen of the non-denominational Lakewood Church, largest megachurch in America and located in Houston, got a lot of criticism for failing to open the church to flood victims until 48 hours after the first wave had passed. There’s he-said-she-said about whether Lakewood had flooded or was accessible, so to be charitable, I’ll just focus on what Lakewood actually said:

Osteen echoed Iloff, saying in an earlier statement that the church is “prepared to shelter people once the cities and county shelters reach capacity.”

[Osteen said] “If we needed to be a shelter, we would have certainly been a shelter when [the city] first asked, but once they filled up — never dreamed we’d have this many displaced people — they asked us to become a shelter and we said, ‘Hey, we’d love to be a shelter.

There’s the problem for me. Osteen waited until he was told what to do or asked by an external force or until it was absolutely necessary. It’s the problematic “savior complex” to swoop in Deus Ex Machina-style and save the day, no matter how effective and how much help they eventually give.

Thankfully, denominations have a “servant complex” where they didn’t wait to be told what to do (or shamed) or already knew due to episcopal or regional leadership.

Mobilizing the entire country’s worth of churches, these denominations immediately jumped in:

The difference between most of these organizations and ones like Red Cross or Salvation Army is that (a) their executives are not paid exorbitant amounts and (b) 100% of your donation goes to the victims themselves because administrative costs are handled in other ways.

Also, many of these groups are involved in sustained recovery efforts. UMCOR has page after page of places where they still are working years or a decade later. Recovery is often done out of sight and glare of the cameras, so little wonder these efforts take years to accomplish with limited funds and charitable efforts. But they get done!

Now More than Ever

Denominations suck. The hold antiquated practices. They have old buildings to maintain rather than invest in other ways. They perpetuate homophobia and some still keep women from ministry. And even lifting up their relief and recovery efforts needs to mention the waste and inefficiencies often found therein. They are broken.

But then disaster strikes. And we are reminded that as broken as we are, we are better together.

The forces against denominations are strong, and it is ever unsure if denominations will survive the anti-institutional preferences and coordinated efforts of today. My hope is that denominations survive, for the sake of the Christian tradition of serving one another without waiting to be asked, always error-correcting the help so that our learnings are remembered of how to do it better in an institutional church.