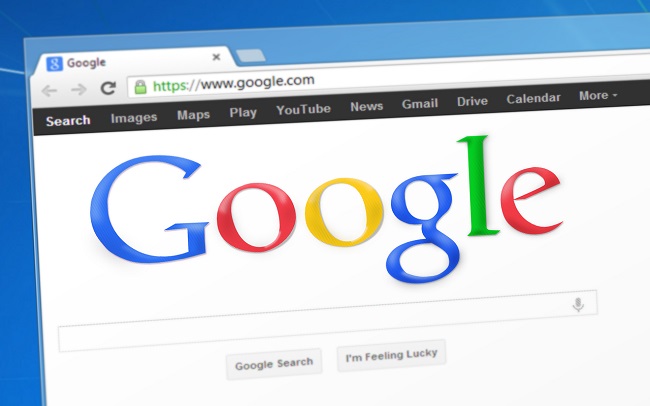 An anti-diversity memo from a dissident Google employee reveals much about how the Church operates as well.

In August 2017, an internal memo titled “Google’s Ideological Echo Chamber” criticized the company for its practices that promote equality in the workplace and that encourage more diversity in the field, particularly around gender. Link:

The unnamed engineer asserted in the 3,000-word document that circulated inside the company last week that “Google’s left bias has created a politically correct monoculture” which prevented honest discussion of the issue.
“Distribution of preferences and abilities of men and women differ in part due to biological causes and that these differences may explain why we don’t see equal representation of women in tech and leadership,” he wrote.

It was quickly denounced by Google executives, and refuted by women in the tech industry, all of which is good.

But this is a religious blog…and there’s a fascinating line of argument in the memo that I think the variety of church traditions would do well to take to heart and examine.

A very interesting framing came from recently-departed Google manager Yonatan Zunger, whose lack of current company ties allowed him to speak very freely against the manifesto. He says:

Engineering is not the art of building devices; it’s the art of fixing problems. Devices are a means, not an end…Essentially, engineering is all about cooperation, collaboration, and empathy for both your colleagues and your customers. If someone told you that engineering was a field where you could get away with not dealing with people or feelings, then I’m very sorry to tell you that you have been lied to.

But it is his final comment, which is actually a footnote, that I think is the most insightful.

In response to the Memo stating this:

Zunger writes in a closing footnote:

“One very important true statement which this manifesto makes is that male gender roles remain highly inflexible, and that this is a bug, not a feature. In fact, I suspect that this is the core bug which prompted everything else within this manifesto to be written.

But the rest of the manifesto is basically about optimizing around the existence of this bug! Don’t optimize your bugs; fix them.”

In short, instead of removing or addressing a central problem, the anonymous Googler is advocating for normalizing the problem and creating structures that encourage its continued existence, albeit in a lesser form, instead of dealing with the problem in the first place.

Amidst all the good and faithful work, it is unfortunately also true that accommodating and normalizing bias is a standard practice in Christian denominations.

Churches are very good at slow, tedious engagement of God’s revelation that women can be ministers, other ethnicities don’t need their own separate-but-equal church buildings, and that LGBTQ persons are called to marriage and ministry leadership.

My own denomination of The United Methodist Church is the textbook example of this kind of accommodating an error in polity and practice rather than removing it outright.

Other denominations have sprung up in retaliation to women’s ordination or LGBTQ inclusion, such as the Anglican Church of North America in response to a gay bishop’s election in The Episcopal Church.

In short, our Christian history shows that even when the Spirit’s gifts are clear in women, minorities, and queer people, the Church often chooses to solidify and further prop up their exclusion (the “bug”) rather than doing the hard work of removing that obstacle to full inclusion. It takes work and education and experience and the slow march of time to remove the bug, leading to times of extreme pushback in this interim time (as the recent dust-up over diversity training at Duke Divinity School indicates). We like to make beds for our bugs, rather than letting them go and moving forward without them.

The Greater (and Lesser) Solution

The only solution with long-term viability for the church is the removal of policies and practices that prop up the outdated biases against women, racial minorities, and LGBTQ people.

Just as a Googler felt empowered in Trump’s America to try to take back “his” company, just as nationalism wants to “take back our country” in Trump’s America, the forces against inclusion are quite strong right now, so strong that incrementalism is often the only path forward rather than full regression.

Therefore, I continue to work for a more just church in small pockets and regions of my own United Methodist Church to show what church can look like on the other side of the bug. Justice deferred is often justice denied, I know, but in Trump’s America and in Trump’s Churches, incremental and slow evolution of polity and practice is more easily achieved than revolutionary change.

In saying so, I’m aware that I’m only a degree away from the Googler who seems to say “look, men have problems, so let’s accommodate them and let them down easy. Stop going so fast.” I know I’m a flick of a pen away from being named in MLK’s “Letter from a Birmingham Jail”:

I have almost reached the regrettable conclusion that the Negro’s great stumbling block in his stride toward freedom is not the White Citizen’s Counciler or the Ku Klux Klanner, but the white moderate, who is more devoted to “order” than to justice; who prefers a negative peace which is the absence of tension to a positive peace which is the presence of justice; who constantly says: “I agree with you in the goal you seek, but I cannot agree with your methods of direct action”; who paternalistically believes he can set the timetable for another man’s freedom; who lives by a mythical concept of time and who constantly advises the Negro to wait for a “more convenient season.”

So let us advocate now. Let us push and educate now. Let us maintain the diversity training, the engagement, the reparations, the repentance, and the gains we’ve made. We cannot allow them to go backwards like the Googler wants us to. We cannot be regressive. We must press on until the day of full inclusion of all is made plain in the workplace, housing, and in the Church.

I’m committed being a straight white man ally who supports both evolutionary and revolutionary steps forward until the Reign of God is realized in my denomination of choice and in the greater world around us.

On this blog’s Facebook page, the mission statement in the header is: “Breaking Open Christian Systems and Removing Outdated Code Since 2008.” I firmly believe that exclusion of women, racial minorities, and LGBTQ persons is a bug in the various systems of Christianity. I know this through engagement of Scripture, Reason, collective Experience, and church Traditions of responding to the Spirit. And that’s why this line of argument speaks so clearly to me and I hope you enjoyed the conversation as well.