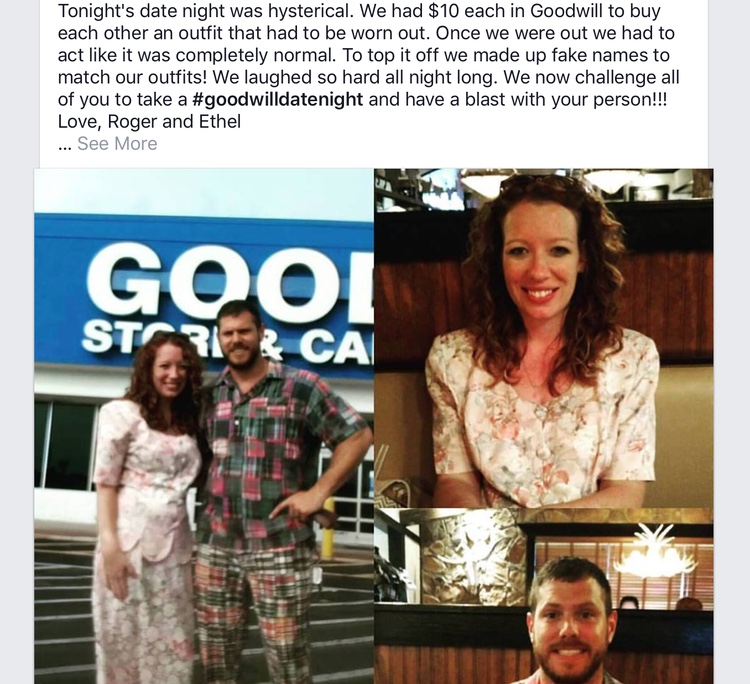 The poor will always be with you–but that doesn’t make them the butt of jokes.

A pair of black slacks

Growing up in Oklahoma City in the 1980s/90s, I typically wore my one pair of black slacks to church. My family was mid-to-lower middle class, and we never went hungry but I didn’t have a plethora of outfits either. In elementary and middle school, it was not a problem at my marginally diverse city church.

But then the end of middle school and the beginning of high school, my church relocated to the outskirts of suburbia, right across from one of the wealthiest communities in the county. The congregational membership shifted to the more affluent suburban culture (or maybe it always was, and I didn’t notice) and the church became quite large. This became a problem for my single pair of slacks as I ran into the Cole-Haan loafer, Doc Martens, and JNCO Jeans crowd at my church. I didn’t have that type of premium clothes, and I clearly didn’t fit in with this new crowd.

I remember being teased for my clothes in cruel Middle School fashion, and having that seemingly innocuous subject become a source of aversion to attending church. It came to a peak when I so didn’t want to go to midweek bible study with the preppies, so I acted like a TV had fallen on me when my mom came to my room to take me to church. She saw right through it, of course, but I don’t think I told her why.

It was hard being a class below the dominant class in a church that made class divisions clear. We moved to another town the next year (Tulsa), and that new church is where I found my call to ministry. I don’t think I would be in the church at all if I had stayed at the childhood church–though God’s call is persistent–much less a minister.

A Misuse of Goodwill (and Good Will)

“We may forget that the poor are not an abstraction but rather a group of human beings who have names, who are made in the image of God, whose hairs are numbered, and for whom Jesus died.” – Bryant Myers, Walking with the Poor, 57.

I write that reflection above because it came flooding back to me based on a Facebook post shared by that childhood church’s new senior pastor. He shared a post from a blogger who wrote about a “Goodwill Date Night” that she and her husband went on. They went to Goodwill (a thrift store that sells donations at low prices), bought crazy outfits for one another for <$20, then went on a date calling each other  fake names (editor’s note: many comments on how “hillbilly” was too far an assumption, so I’ve changed it to be more accurate)

Some online found it to be offensive–but honestly, I don’t shame couples for engaging in role-play, and near as I can tell, they didn’t do it to shame other people. Besides, I have a much bigger concern.

It was the senior pastor who shared it and tagged a bunch of couples to propose to do this as a big group. Amidst the responses, some said to choose clothes “based on smell…mothballs?” When the pastor floating it as a potential church event, it caused one clergy friend to caution (unheeded in the thread):

So friends, I find this an offensive way to have date night. Does this really represent Christ in the world? Goodwill exists to help the poor not to give middle class Christians a good laugh.

I love supporting Goodwill with my shopping and donations. My water bottle is from there, and my man bag was from there–until I got a new man bag as a gift this past month. I’ve gotten worship supplies many a time. When a purchase doesn’t work out, I never return it for a refund–just donate it again. It’s not a perfect social service and non-profit, but I do support it.

What I don’t support is making fun of people who rely on it.

A Different Type of Date Night

“Poverty is, in the biblical vision, never something to be put up with or to be adjusted to as normal.” – Bryan Stone, Evangelism after Christendom, 216

I know there’s lots of arguments to support this behavior. That any reason to purchase from goodwill keeps unwanted clothes from being sent to Africa, people with disabilities employed, and awareness high. I get those “ends justify the means” arguments.

But I always, always believe Christians should side with those in poverty. And making fun of poverty culture–whether it is for wearing a single pair of black slacks or terrible clothes from a thrift store–is not who we are called to be.

My hope is churches and groups will consider a different type of event: donating $20 per couple to Goodwill and then volunteering for an hour to sort donations. My spouse and I have volunteered many times together at service events, and that’s done more for our marriage than one night of denigrating a stereotypical culture. Well, I assume it would: we haven’t tried the latter.