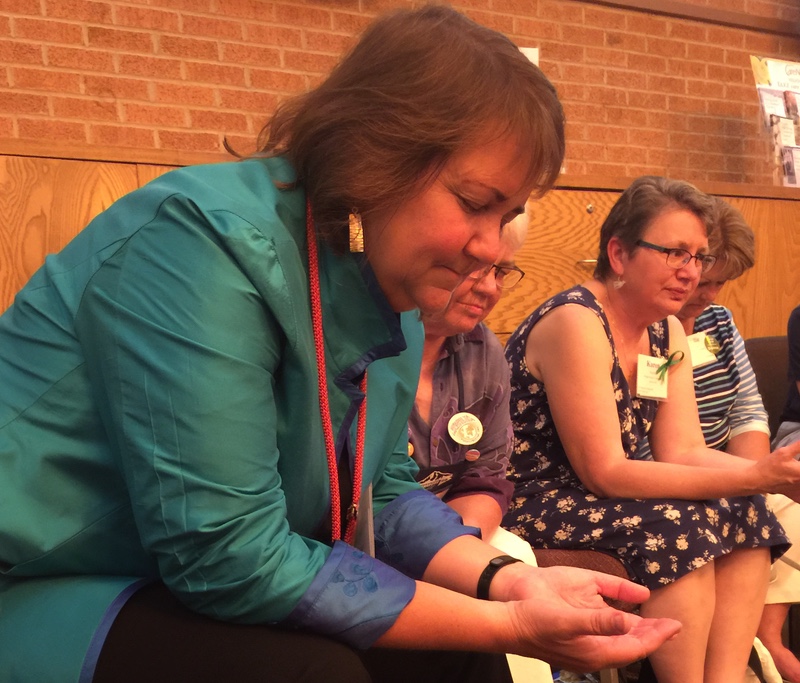 Bishop Oliveto is retained but the future is murky. 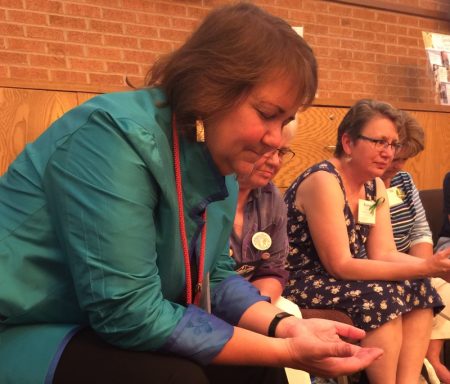 From the cowardice that dare not face new truth,
From the laziness that is contented with half truth,
From the arrogance that thinks it knows all truth,
Good Lord, deliver us.

A Glimpse of New Methodism

Back in 2014, this blog published about Methodism 2.0 (here’s a 2015 followup), outlining how United Methodism’s structure allows for patchwork advances in LGBTQ Inclusion. These regions which allowed more flexibility in service by and for LGBTQ people were able to thrive a little bit more than the rest of Methodism which continued to denigrate and dehumanize LGBTQ people. Both forms of Methodism co-exist in discomfort but realization they cannot stop the other from doing what they are doing.

The stark difference between these two understandings of Methodism reached new heights in July 2016 when Rev. Karen Oliveto was elected as the first out gay Bishop in The United Methodist Church. That happened because she was a qualified candidate, a supermajority of delegates voted for her, and that the Western Jurisdiction alone elects their bishops, without interference by other jurisdictions.

And we’ve seen the effects of New Methodism: what United Methodism looks like when it sheds its anti-gay animus. It looks like regions exploring new ways of being church. It looks like regions with highest rates of church attendance and being led by a spirit-filled leader in Bishop Oliveto (indeed, all our bishops), and when it fails, falling forward towards discovering what the church after Christendom looks like.

Life looked tedious and frustrating at times, but this model of a diverse church was reaching the mission field and helping us see what was next for Methodism and that there was nothing to fear from an inclusive church. Bishop Oliveto was a bishop, the sky did not fall, and Disciples were being made.

Marred by The South and the Judicial Council

Unfortunately, that vision of Methodism has suffered a serious setback due to the Southern legal challenge to Bishop Oliveto’s consecration and the efforts by Boards of Ordained Ministry. Much analysis was done over the weekend when I was out of data range at a United Methodist camp with 54 of my local church members, so I won’t repeat them.

But in short, the Judicial Council, while retaining the ordination of LGBTQ clergy and the election and consecration of Bishop Oliveto (for now), closed the door on future out gay bishops and on Boards of Ordained Ministry by requiring them to inquire into the bedroom actions and marital statuses of candidates for ministry or episcopacy. What that means is that even if the Boards of Ordained Ministry and the Jurisdictional delegates are of one mind, their autonomy in deciding from the pool of candidates “in good standing” (which is how our law reads) now have to add-on this new legislation authored by the Judicial Council.

While the clear argument was on the side of retaining Bishop Oliveto, while the side upholding the Discipline was being put on trial, all that really matters was that six members of the nine decided that the unity in diversity model of United Methodism ought not stand when it comes to LGBTQ people.

This problem with this type of judicial decision is that it exacerbates the fragmentation of United Methodism by revoking regional autonomy and authority. As the 1960 Jurisdictional Study reported:

[The Jurisdictional system] was always the sine qua non [essential element] of the Plan of Union. Histories of Methodist Union which have come to the attention of the Commission have been in substantial agreement on this point. To them, the Jurisdictional system represented a position midway between the principle of General Conference supremacy on one hand, and the separation from 1844 to 1939 on the other.” (Jurisdictional Study, 1960, page 1672)

This internecine conflict from one jurisdiction to another now threatens (or hopes) to render us asunder. By removing the powers of the jurisdiction and centralizing them in the General Conference by removing the ability of the jurisdiction to consider their pool of candidates, we have lost one of the defining marks of Methodism that allowed it to find its way into every nook and cranny of the country and world. It is this system of regional authority that allowed us to be the second largest Protestant denomination in America and a powerhouse on the world stage.

So…was it worth it?

The forces who want to seize upon the last gasp of anti-gay sentiment while the Baby Boomers have power (the last generation that is majority against LGBTQ inclusion) have prevailed in myriad ways in recent months:

These are difficult times in an already fragmented church, mirroring the culture of polarization and distrust of difference that American culture is experiencing in the Trump era. It’s sad to see culture embed itself so deeply into a Church that is supposed to rest on Scripture and Spirit, not spite and spittle.

There’s a few things that will happen now.

Light in the Darkness

It’s a dark time for the courageous and effective diversity of United Methodism, but there’s light on the horizon.

As sunlight shines and lays bare the anti-gay animus present at all levels of United Methodism, as local people are spurred to speak up about their LGBTQ child, friend, neighbor, and sibling, and as pastors and ministry leaders see more and more young people avoid their church doors, this turning of the mirror on us looks really ugly. It’s bad for everyone when you practice exclusion and expulsion. Like a wounded body that receives a last surge of adrenaline, it will look like all is well in Christendom, but without the gays to scapegoat, these types of churches celebrating now will eat each other later.

Only when the last gay has been excised from United Methodism will we see that we can’t disciple empty pews. A pyrrhic victory like this one with a short-term gain in animus and hubris is no gain for United Methodism at all–much less the Reign of God.

My prayers are with Bishop Oliveto and all those who support and oppose her. My prayers are with pastors and ministry leaders as you try to practice grace and courage in your context. And my prayers are for myself, that the fury that seeps through every pixel on this page is channeled towards action for love and grace.

And to every LGBTQ or straight person reading, remember in the words of Mark Miller:

No matter what the Church says, you are a Child of God.