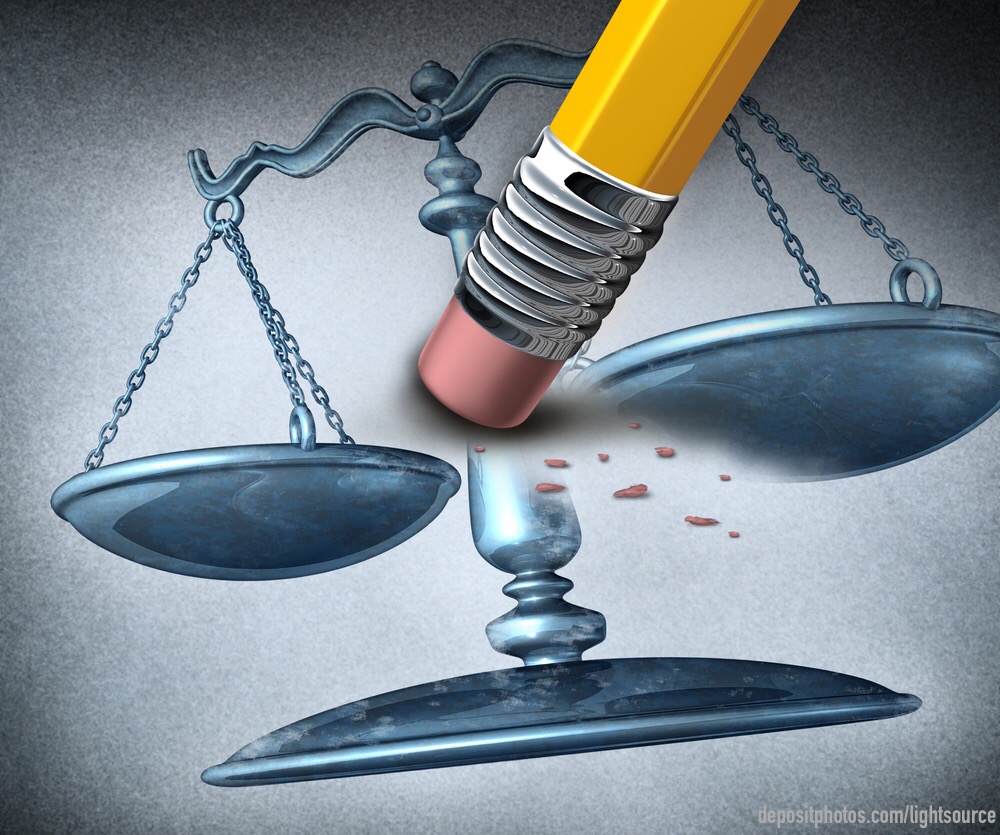 The denomination’s Supreme Court could violate one of Methodism’s core principles in order to throw out a gay bishop.

I was one of the 100 delegates who participated in the election of Bishop Karen Oliveto at the Western Jurisdictional Conference in July 2016, and I voted for her in the final round. Like my three fellow delegates who recently made a video about their support, I did so with full awareness of what her election would mean for our Jurisdiction and for United Methodism at large.

Or so I thought.

It seems I underestimated one thing. No, not the churches who would point fingers at a far-off bishop as their reason to try to leave. No, not the money-making appeals and financial hostage-taking that the large churches and renewal groups would make. Those were expected responses, some of whom who would use her as a scapegoat to achieve their own calculated ends.

No, I underestimated the extent to which conservatives in the South would go to try to break The United Methodist Church by seeking a particular form of retributive action against Bishop Oliveto.

By a 12 vote margin in July 2016, minutes after Bishop Oliveto’s election, the South Central Jurisdiction requested a ruling from the Judicial Council that challenged the circumstances surrounding the Western Jurisdiction’s election of Bishop Oliveto. The hand-wringing and analysis have been going on for months (here’s a helpful Q&A), but let’s be clear: It’s fruitless to predict with confidence what the Judicial Council might do. Millions of United Methodists are subject to the congealed beliefs of five faithful ones, so anything is possible (see Judicial Council 1032, for example, which allowed gay members to be excluded from local church membership).

But consider the worst case scenario: that Bishop Oliveto’s appointment is immediately voided or that her consecration itself is voided. Both results would leave 1/5 of the Western Jurisdiction and a land mass the size of several southern Annual Conferences without episcopal leadership, and do further harm to LGBTQ people in The United Methodist Church. All the queer children who over the past year could see themselves as participating at all levels of the Church would again sit back with glassy expressions at the scriptures and sermons, knowing again that their church isn’t professing love for them.

The worst case scenario is really bad for United Methodism as a whole, no matter what cheers come from the self-professed winners shooting their weapons of doctrine in the air celebrating their pyrrhic victory.

But it is even worse for any future of United Methodism at all.

The Plan Of Union

While conservatives are pointing to Bishop Oliveto’s marriage to her wife Robin as the reason for the complaint, that’s not actually the content of the case. The case revolves around regional autonomy, a necessary component of United Methodism, and the ability for a region like the West to elect a bishop alone.

Regions are important in a worldwide church like The United Methodist Church, and it is illuminating to note who were the original provocateurs of our regional makeup.

During the era of the Civil War, The Methodist Episcopal Church, South split from the Methodist Episcopal Church located in the North, to maintain their autonomy. After a century apart, the two denominations joined together again in 1939. The 1939 Plan of Union brought forth our current model of regional connectionalism, meaning American Methodism is broken up into jurisdictions, or groups of annual conferences, who elect their own episcopal leadership (bishops).

This model was demanded by the Southern States at unification between North and South. The Southern Bishop John Monroe Moore gives context to and arguments for this regional autonomy in his 1943 memoir book The Long Road to Methodist Union:

There is a still a North and a South in this country, and there is an East and a West, and they are not merely geographical. To be clear, they are not so extremely so as to be divisional, but they are sufficiently distinct to create varied human characteristics and values. Each of these great sections has produced values that should be conserved and promoted…

In producing an ecclesiastical structure for an American Methodism that would establish an acceptable and binding unity of all these sections, it was necessary to provide for variety in expression, in administration, and in promotion. The Plan of Unity was built with that view. Provision was made to protect and promote regional rights, thought, ingenuity and resourcefulness, distribution, cultivation, responsibility, control, and the development of regional interest, loyalty, and action. That is the meaning and purpose of the Jurisdictional Conferences.

The Plan of Union provided the South with their freedom from having Northern bishops and, by consequence, it provided the West and North with incubators for more inclusive ministry to those on the margins, including the LGBTQ community. Sadly, it also placed African-Americans in their own sixth Central jurisdiction, a racist action which was a stain on our denomination from 1939 until it was eliminated in 1968.

In short, the regions we have in American Methodism were the result of the South wanting to have their own oversight and supervision of their ministries by their own episcopal leadership, without involvement by anyone else.

The Plan Of Disunion?

I write about this Plan of Union because it is in danger of being broken, and The United Methodist Church is at the precipice of a Constitutional Crisis.

You can see how it is without irony or a sense of history that the SCJ complaint before the Judicial Council (implicitly about the WJ actions) violates the very structure of the church that they themselves advocated for placement in our Constitution. They made the challenge in order to remove a single individual at all costs in an overreach of the very polity they wanted for themselves.

But a Jurisdiction behaving badly is not the crisis. The crisis will come about if the Judicial Council agrees and allows the Southern Jurisdiction to invalidate the election of a bishop in another annual conference. That’s a breaking of the Constitution and–ironically–a failure to “uphold the Discipline,” no matter how you read it.

I’ve heard the cries of conservative churches in the South who are claiming it would be the End of Methodism if Bishop Oliveto is allowed to continue. It’s an odd position to have since the South placed in our polity precisely the conditions that allowed the West and North to develop differently and have autonomy in election of bishops.

But the crisis is more than the individual. It’s about whether the Judicial Council will overreach and break the structure of the church.

The denial of the call of God on Bishop Oliveto’s heart, affirmed by her community closest to her, would be a travesty. But to break Methodism and throw more uncertainty into its viability before the Commission on A Way Forward has finished its work would be a tragedy beyond repair. My hope is that the Judicial Council sees through the presenting issue to the overreach of a privileged Jurisdiction and retains Bishop Oliveto’s ministry.

Honestly, the South had it right in 1939. We are a collection of distinct regions–and I should know, I’ve served churches in three jurisdictions. So I am hopeful of the news coming out of the Commission on A Way Forward of a looser connection which would allow more regional autonomy with a central connection.

I am not naive to the unplaced optimism of such actions. After all, LGBTQ inclusion has been recommended by church bodies for decades, always to lose to the rhetoric and shenanigans of the GC floor. Every year we get closer to justice in the hearts of the average Methodist, even if the GC votes don’t tilt our way.

But a more just Church can be made by revolution or evolution, by massive change or by incremental change. While the election of the first out LGBTQ bishop seems revolutionary, it is the logical evolution of the very system of regional identity that we have operated under for over 75 years and whose further refinement is on the table for an anticipated 2019 conference.

My hope is that the coming weeks of ecclesial drama, conflict, and pain move us closer to reconciliation and a path forward together. But we cannot have that option unless the Judicial Council retains its apolitical stance and allows the people’s elected processes to move forward unencumbered by a broken church at their hand.