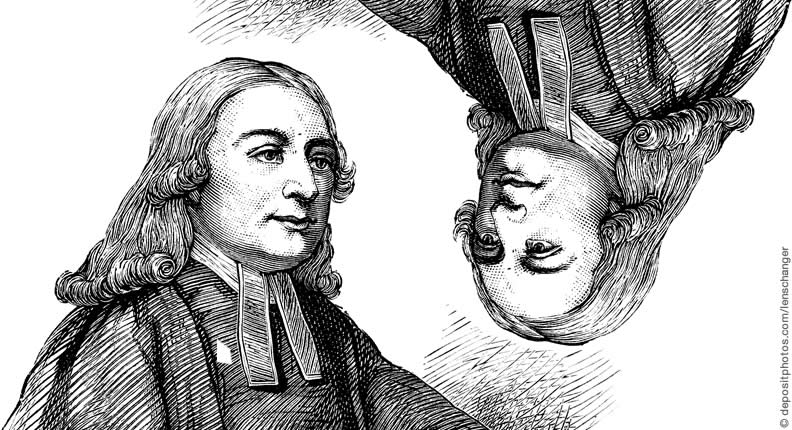 Wesleyanism is two things, not one. 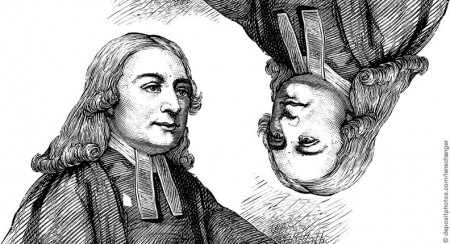 I lead a bimonthly Church Orientation class for newcomers to my local United Methodist Church. We have a lunch, a presentation on “Methodism 101” by the clergy, a building tour, and then talk about various opportunities for involvement by our laity–including baptism and membership in our local church.

Last time I did this, one of the newcomers asked a question about “What makes Methodism’s theology unique?” One of the well-informed laity jumped in and named two items and I added one to his list and we shared three distinctive things:

While satisfactory for an introduction to United Methodism, if the blogging world had been invited to the room, a cacophony of voices would have jumped up and said the above are not “authentically Wesleyan.”

Preventing grace is the notion that we are all so hopelessly depraved that only an initial move from God can evoke our interest in us for the divine. Justifying grace is the experience of being a depraved sinner in the hands of a just God who mercifully offers up his Son in our stead (yes, Wesley did believe in substitutionary atonement and this part depends on it). Sanctifying grace conveys that we can work with our own salvation, and the corollary is backsliding: the notion that one can work against her own salvation by failing to obey Christ’s commandments.

This consideration started me thinking that there’s really two different things that people talk about when they say “Wesleyan.”

Wesleyan Originalism – What Wesley Did?

Wesleyanism can be known as “WDJWD” or “What Did John Wesley Do?” Such a turn to the original founder of Wesleyanism seeks to have his theological and social beliefs be mirrored in today’s individuals and churches. I call this Wesleyan Originalism.

“Wesleyanism or Wesleyan theology is the system of Christian theology of Methodism taught by John Wesley.”

To one segment of Wesleyanism, to be Wesleyan is to emulate this founding system of theology as copied from a historical person (John Wesley), which has church structure consequences as well.

We see this perspective dominate the public narrative as authors seek to “save Methodism” by calling us to replicate Wesleyan structures such as the Class Meeting (Kevin Watson), covenant groups (David Watson), and Revivalism (Adam Hamilton), while caucus groups oppose any adaption of Wesleyan thought beyond what Wesley said and did (except when convenient).

In short, Wesleyanism was cemented in place in colonial America, and theological innovation since that great man’s death is in error–and indeed, this drift is responsible for our decline more than any social context.

Alternatively, Wesleyanism can be known as WWJWDT: What Would John Wesley Do Today? Wesleyanism is thus seen as theological praxis informed by Wesley and augmented over time to be integral to the mission of reaching people for Jesus Christ.

The second form of Wesleyanism not only acknowledges the variety of Wesleyan thought in our segment of the Christian family tree, but allows for variety as Wesleyan principles, methods, and beliefs lead to different conclusions.

Wesley’s genius was a focus on praxis: on not only what we believe, but how we live out those beliefs. But this leads to innovation: the lived experience of the spectrum of humanity will lead to different conclusions, even with the same methods. This is the basis of liberation theology. And a changing Christian landscape leads to different practices than whole-hog replicating 18th century structures in a 21st century context.

I believe the sign of a robust theological system is its ability to adapt over time while maintaining fidelity to its core principles. Wesleyanism has proven this robustness through its various schisms and mergers, each of which led to theological innovation while maintaining a unifying force. And I cannot wait for a more inclusive United Methodist Church that can show people what a progressive social witness hand-in-hand with evangelical fervor can do to a world gone mad.

In full: the problem of Originalism

If you want to understand the intent of Wesley’s sermons, journals, and commentaries, then you begin by examining the original meaning of the words they used in the context in which they wrote. Just because Wesley’s works are written in English doesn’t mean all the words have the same meaning they do today or the cultural context has no bearing on its applicability today (especially in post-Christian America where I live)

Wesleyan Originalism has its purpose as a hermeneutic tool. But it is less helpful — perhaps disastrous — when it is raised to the level of a philosophy, or worse, ecclesial ideal, a direction to which United Methodism has began to drift since the 1980s.

The notion that to be “Wesleyan” should be set in 18th-century stone, and be unadaptable to later circumstances is belied by the fact that Wesley himself was malleable and changed over time. For example, in his 1744 sermon On Scriptural Christianity, Wesley names a whole list of false ideas and terrible moral choices that keep people from Heaven, but by his 1789 sermon On Living Without God, Wesley says it’s the heart not the head that matters most and focuses more on good intent. A Wesley Originalist would have a hard time with such discrepancy, as do Biblical Literalists with regard to the differences in Scripture.

Wesley was an intelligent man, aware of the fact that language changes, as do the times. To suspect he regarded his words as inviolable and unalterable, fixed in meaning and application only to what they intended, is to attribute an almost sacral quality to Wesley, which is nothing short of idolatrous. I would imagine that even some of the authors of Scripture itself would be shocked to think people of a later time would regard what they intended as topical advice (Paul’s writings on women in church) to be unalterable divine mandate for all time. How much less would Wesley, a man of the Enlightenment, regard his sermons and commentaries to be immutable and fixed for all time?

In conclusion, I believe we are called to go to the sources, read the contemporary commentary, study the context…absolutely! One cannot make jazz without knowing classical music intimately. But I believe there are starting points for understanding and application, not the ends.

If the Wesleyan spirit is to live — let it live. Do not suffocate it in the bonds of originalism’s lack of imagination and understanding of the mission field.

Special note: this particular section is a rewording/expanding of Tobias Haller’s article “On Originalism” and adapted for consideration by Wesleyans. Read his for the better context.