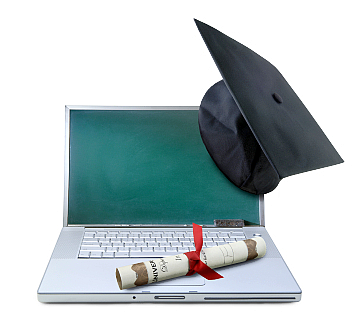 After observing academics in their natural habitat, the struggle between academics and online communities became more clear. 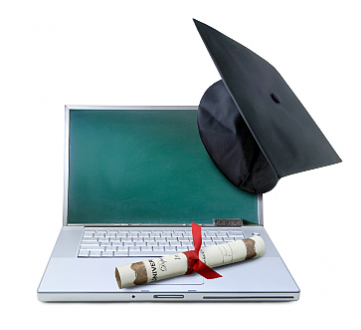 Academics in their Natural Habitat

In March 2017, as a side benefit of a conference I was attending, I decided to go where the academics are and find an answer to this question: “Why do academics seem to have a problem discussing things online?” Is it solely response to my style of writing or engagement, or are there other factors at play here?

So I attended a Methodist Colloquy on Unity and Human Sexuality. It was a collection of many professors of Wesleyan history, theology, and practice coming together to talk about LGBTQ inclusion/exclusion and church unity. It had many flaws as a program (such as talking about LGBTQ people without including LGBTQ people in the circles of conversation), but it was helpful to me to see how the academic world converses in round table closed conversations. A colleague in the lunch line said she felt like Jane Goodall who was observing academics in their natural habitat picking nits off each other…pretty funny image!

What struck me about the round table discussions between colleagues was how often they said things like this:

The cordiality in which they disagreed was evident.

In the Academy, relationships matter more than the ideas.

Why this struck me is because it revealed the side of Academics that you don’t get to see outside of the Academy. Outside of publications, public appearances, and outside forums, academics primarily discuss things in a forum where they know each other. They trust each other even if they disagree with each other. This was evident in the event’s structure as the academic participants shared draft papers with each other (observers outside the invited participants were not allowed to see papers). They were fine with sharing vulnerable, unformed ideas in their closed circle because they had a mutual understanding of their relationship.

Inside the Academy, relationships matter more than the content. This is also evident even with students. The care is for the relationship first. The care is for their learning first. While they care about the ends of their beliefs as to on a local congregation, but they are not responsible for it. If a person leaves the seminary with a troubling understanding of Wesleyan Grace, then that’s not really a failure on the Academy’s part.

So that’s the norm of relationships that academics have. And now we can better see why they do not operate as well online.

Online, academics interact with people who care more about their ideas than they do the relationship.

The online community is often on the receiving end of academia. The thoughts written by professors and preached from their students end up in the public discourse. Especially when it comes to LGBTQ exclusion, these ideas and statements prop up behaviors that are often not even acceptable to the professors themselves.

So you can see how when the online community–which is on the receiving end of the harmful ideas and rhetoric–has a troubled relationship with academics who wade in on online discussions:

The online community experiences the ideas differently than the academics do to each other. Little wonder their interactions are fraught.

One side effect is that academics tend to focus on the nature of the conversation rather than engage the conversation itself. Twice in the past three years, Dean David Watson of United in Ohio has lamented Christian discourse online ( 1 , 2 ) (Here’s Geoffrey’s response here and my response here ). Both times the lament was to the targeted nature of the response to their persons–things that people who valued relationship ought not do. Process is critiqued and not the product.

The dark side is also that academics then interact with people they don’t have relationships with in unhelpful ways. For example, we also see President Timothy Tennent of Asbury Theological Seminary take on subjects such as progressives and his former church (fifth paragraph) in ways that are really uncharitable–because he doesn’t have a relationship with them either.

The basic quality of online conversation–anonymous or named–is that you will interact with people who care more about your ideas than they do their relationship with you. And that is wholly different than the everyday life of the academic, which leads to either shutting down of relationship possibilities (Dean Watson has blocked me on Twitter, for instance) or the outrageous responses (Tennent).

So what can Academics and the Online Community learn from each other?

First, we need to both have an assumed basis that we love the church and believe our ideas are what is good for the church. That’s the assumption that academics make when they get together. That’s the assumption that I (and the online community) should start with: this person cares about the Church and wants to make it better. We can then dispute whether the ideas have merit or are violent towards LGBTQ people, but if we start here, then we remove a barrier for academics to interact online.

Second, academics should consider if the online community is a wider group of students looking to engage their ideas. One academic that I had private messages with named how insulted they felt by my writings, and I responded by asking if they would refuse the same question from a classroom student. That academic then responded to the substance. For academics to not label folks as outside their field of learning would better engage the conversation. I have to look beyond the personal attacks every time I write, so surely these people smarter than me can do the same.

Both these lessons will help academics wade into topics online and for the online community to better receive them and help share the effects of their ideas in more helpful ways. Relationships and Ideas may never be equally valued, but at least they can be better understood.

Thoughts? Thanks for reading, commenting, and your shares on social media