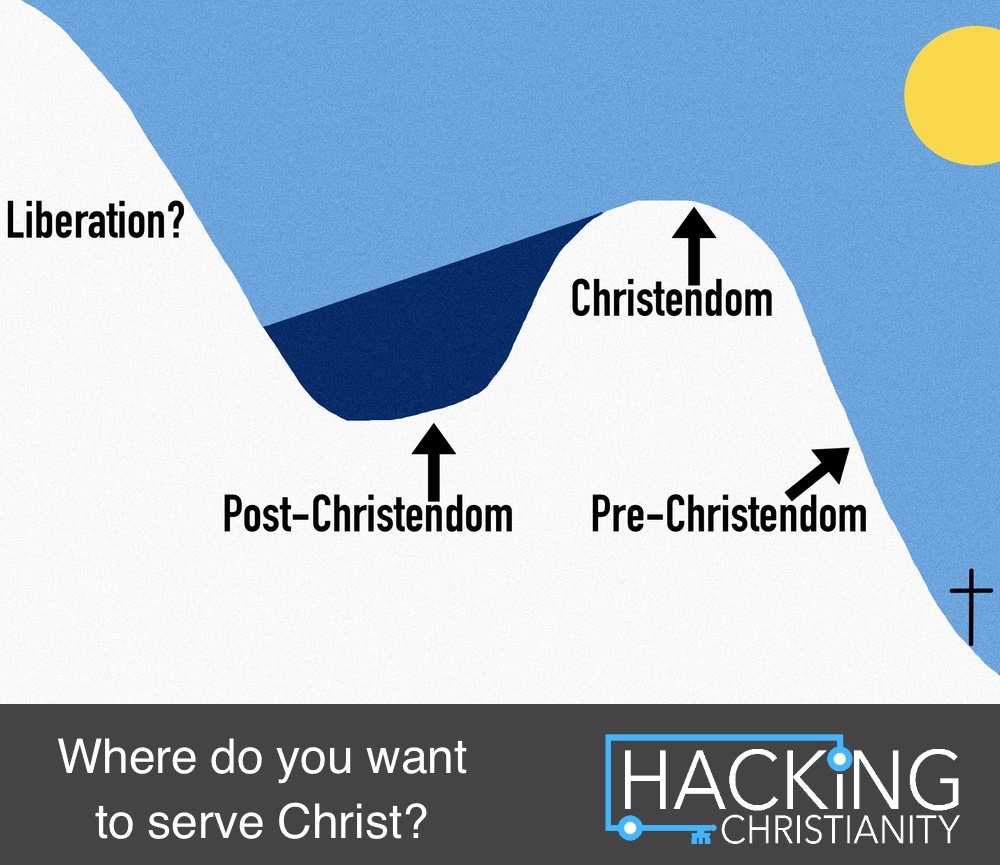 Are you at the Peak or are you in the Shadow of the Mountain? 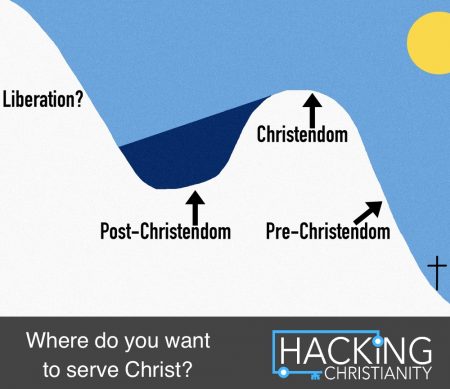 Christendom refers to societies and nations where Christianity is the center of the cultural, political, and economic power. To be Christian is to not only be part of the majority perspective–it means that society grants power and influence and respect to Christians that it doesn’t automatically grant to non-Christians.

Christendom began with the emperor Constantine’s conversion to Christianity in 315 and was completed by the emperor Theodosius in 380 who made Christianity the official religion of the Empire. This meant that the religion of the underdogs, the marginalized, and the powerless became linked with one of the most powerful cultural and military forces in history.

Theologians and historians throughout the centuries have lamented the effects of such power on a religion that follows a kenotic self-emptying savior. Methodism originator John Wesley writes:

Persecution never did, never could give any lasting wound to Christianity. But the greatest [wound] it ever received, the grand blow which was struck at the very root of…the whole essence of true religion, was struck in the fourth century by Constantine the Great, when he called himself a Christian, and poured in a flood of riches, honors, and power upon Christians. (1783 “The Mystery of Iniquity”)

Christendom is not limited to the historical event, as societies (like the Bible Belt in America) and nations (like Ireland with a super-majority Catholic population) exist today that exhibit Christendom-like qualities.

To better understand where Christianity is today, I made the above graphic that depicts Christendom as a mountain and its relationship to three distinct areas of the world today.

The mountain image helps understand where societies are in relation to Christianity–and most importantly, how different life is on different sides of the mountain.

Life in the Shadow of the Mountain

I like the image of the mountain above because it’s dark on the post-Christian side of the mountain. We stumble around and try to figure out how to be the Church. We don’t know if we are still falling down the mountain or if we’ve begun our ascent to whatever is next after Christendom’s arc is finished.

The church that once was at the center of Western civilization and could presume for itself a privileged voice has increasingly found that center unraveling and itself in a sort of diaspora at the margins…the church can no longer assume as it once did that the surrounding culture will assist in the task of producing Christians. The home base from which Christians thought to Christianize the rest of the world feels less and less like “home.” (pp 10-11)

I serve in The None Zone which is the part of America where the highest percentage of people check “none” in their religious identification. Our location on the mountain means we try different models. We seek new relationships. Because we cannot go back to the Mountain of Christendom and we must find our way up whatever is next.

Why the Mountain Matters

Finally, we can see more clearly why more resources and more patience is needed in the Post-Christendom (and in many ways, post-Christian) contexts.

Dr. Stone ends his book with one of these observations:

The Christendom framework within which the church has operated for hundreds of years has been steadily disintegrating for some time. Despite this fact, it is still possible to operate out of Christendom assumptions and towards Christendom aims. (p.271)

I think this is the biggest warning to other parts of Christendom: do not judge those in the shadow of the mountain by the standards of Christendom. Of course those of us struggling in the shadow of cultural Christianity will not grow as fast as those in the Bible Belt (see that analysis here) and we should not be held to those same metrics. Even Pre-Christendom rapid growth like in Africa challenges the evaluation of evangelism in places where Christendom is beginning to crumble.

We need permission to fail. Ministry supporters need patience and good listening skills. Evaluators from afar get it wrong more often than not–come out here and see the mission field for itself. Resources will not result in the same number of conversions or impact…but they will help us figure out what this side of the mountain looks like.

Here’s the key for me: You cannot get from problematic Christendom to whatever is next without supporting those in the post-Christendom shadow of the mountain. We’re all in this together.