Home/About/Site News/See the Church where the Land Meets the Sea? It calls me. 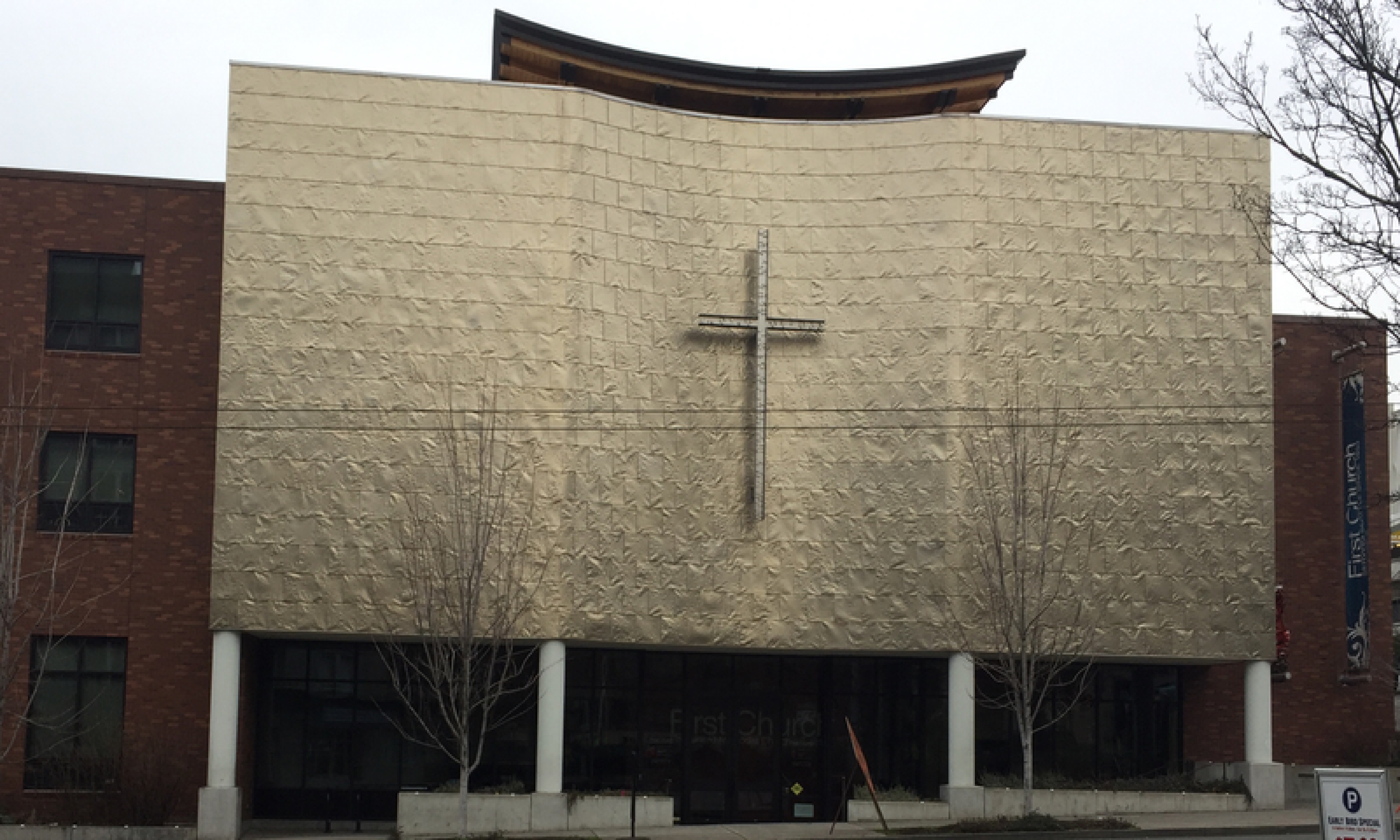 A new adventure for Hacking Christianity. 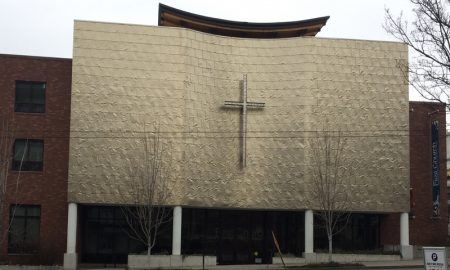 See her light up the night

It was announced on Sunday, March 5th, that I will be the new Senior Pastor of First United Methodist Church in the downtown waterfront of Seattle, Washington. I begin my new role on July 1st, 2017.

It’s been an incredible five years at Portland First UMC where I’ve served as the Minister of Discipleship. Both my daughters were born here, my public voice was crafted here, and my pastoral presence has been bettered by working with a few great mentors on staff and in the congregation. It’s heart-wrenching to leave the people I love dearly and the city that I’ve grown fond of. But it’s the life of the Methodist pastor and a calling that means we move.

I cannot summarize with accuracy the ministries and presence of Seattle First, but it’s located in the shadow of the Space Needle, just a few blocks from the riverfront in downtown Seattle. They have a 60 bed homeless shelter and serve 300 meals EVERY SUNDAY to those experiencing homelessness or poverty. I’m flabbergasted at this program! (Read an article on it here).

Coming from a large urban church that also has a homeless shelter and is Reconciling, I suspect I will feel right at home.

Everything Is by design

Pastors moving and changing churches seems to be a cruel way to do church: transitions are hard and ministries can lose momentum during them. But it’s a critical component of Methodism’s success in colonial America and a critical need in today’s age of individualistic, make-your-own non-denominational churches.

When pressed with the question, ‘What is the grand characteristic, the distinctive peculiarity of Methodism?’ I would answer, It is to be found in one single word, ITINERANCY. Yes, sir, this, under God, is the mighty spring of our motive power, the true secret of our unparalleled success. Stop the itinerancy, let congregationalism prevail for only twelve months, and Samson is shorn of his locks, and we become as other men” (Russel Richey, 246).

I agree. It’s a shared life as a UM Minister.

The Voice Inside Sings a Different Song

The image above shows the locations of my ordained ministry career. Over 12 years, I will have served four churches in four different conferences: from Catholic-heavy New England to solid Bible Belt Oklahoma to the secular “None Zone” of Oregon and Washington.

I feel wayward at times, but I’m glad for the variety of experience. It helps me to bring the evangelical drive to the secular parts of the world, and a progressive perspective to the Bible Belt. And now I’ll bring both of those to The Abundant Zone in a new way, and I cannot wait to see what I learn from the people already doing good work here.

Methodists have the long goodbye and the long hello.

For the next four months (yes, 114 days from today!), I’ll be in the process of saying goodbye to my church, while also (likely) being watched from afar by the new church as they check in on my public life in social media.

It will be a time of finalizing projects, finding good hinge points for ministries, empowering laity to take on some of my roles, and laying the groundwork for their new pastor. And, within reason, keeping in mind the new church so I can start strong.

Prayers for Portland FUMC, for their Senior Pastor, and for Seattle FUMC over the next 114 days and especially beyond. Blessings.