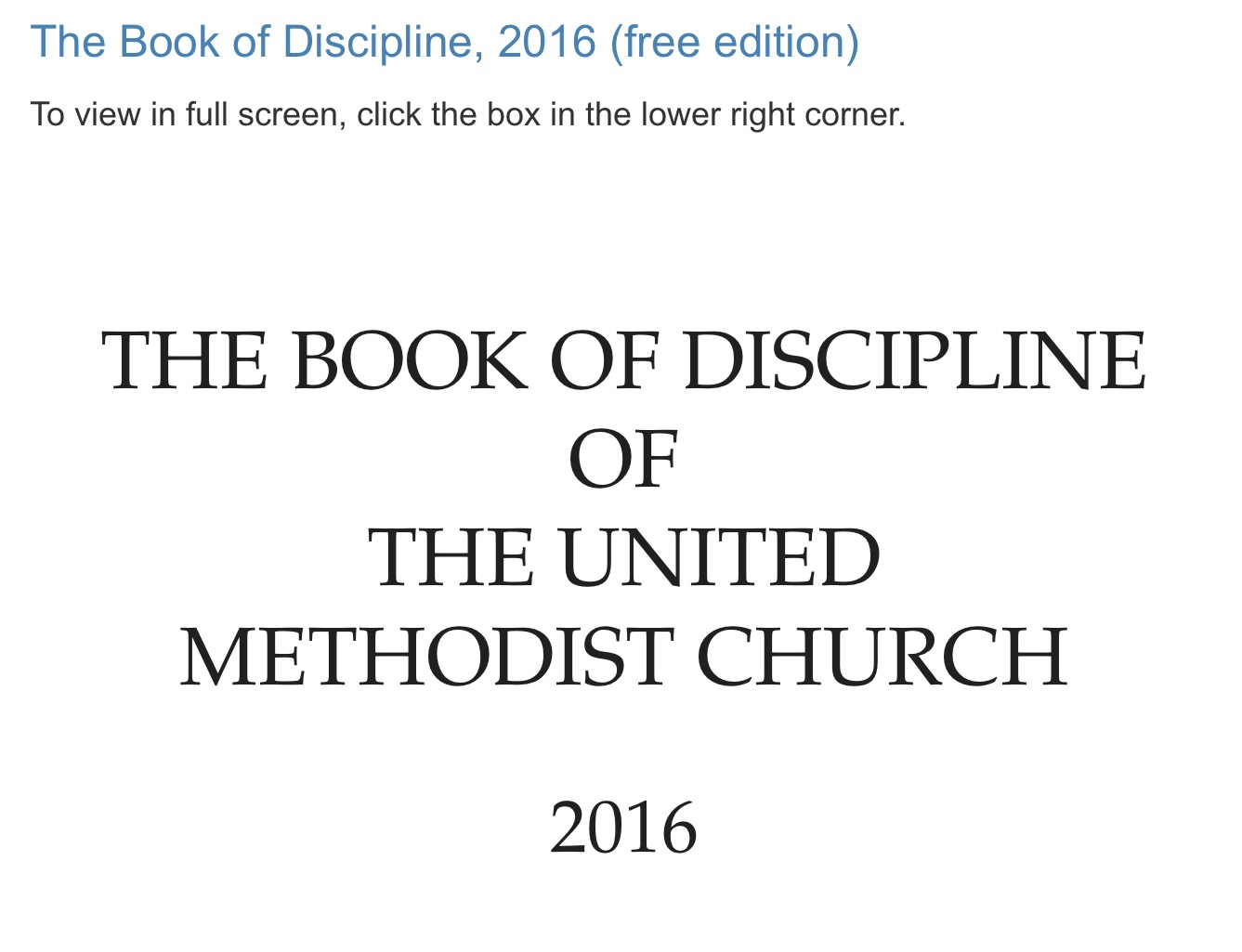 For six years, one of my projects in The United Methodist Church has been to free our doctrine, polity, and social statements from their paywalls. Recently, the project took two steps forward…and one step back. 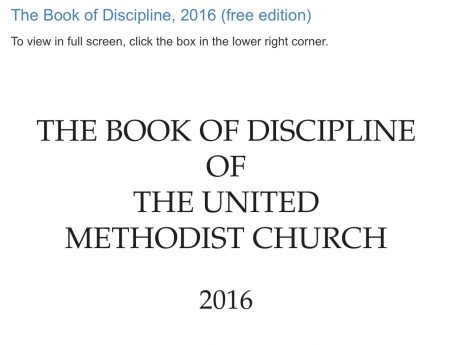 A bit under six years ago, I helped edit legislation to the 2012 General Conference which required the United Methodist Publishing House to offer digital versions of the Book of Discipline online for free. I believe our polity, beliefs, and our statements do more good when more people can read and distribute them.

The 2012 GC accepted the legislation, but struck out the single word “free.” So since ~2013, a digital version of the Book of Discipline has been available for eReaders…but at cost.

In 2015, the principal author of the 2012 legislation let me submit my own version instead. After a lot of discernment, I thought I happened on the perfect balance. Here’s what I proposed (underlined is the proposed addition):

So for 2 years, UMPH could sell the BoD and recoup the production cost. Then in the two years where free access to doctrine most mattered (the time when changing it would be proposed and debated), it would be freely available to everyone. Pretty decent, eh?

Well, it was voted down at GC 2016. You can read the floor conversation here , starting on page 2471 with the free Book of Discipline being referred (meaning defeated) and the free Book of Resolutions referred as well.

As usual with debates on the floor of General Conference, some facts get lost in the conversation. The entire conversation of both free editions was about the cost, but then the final comment by the incoming Publisher of both books was this:

The Book of Discipline already exists online in the first year, and the Book of Resolutions will be available online when published in 2017.

While kinda cool that a personal interest of mine made it to the floor of General Conference, I’m obviously disappointed that:

Sometime in 2017, Cokesbury began offering a free version of The Book of Discipline online at this page. It is in the ISSUU file format where web browsers can flip pages and zoom in, but cannot select text or copy it (it treats it like a picture, not text). It’s a very restricted file format that nowhere near satisfies the deferred legislation request of “keyword-searchable full-text digital format.”

But a joy was that they had not restricted the ability to download.

So for at least 48 hours, the download link was available so people could download the PDF version which was searchable and full-text. That was the case until some jerk posted this option to the Facebook group UMClergy, of which the Publisher and UMPH/GBHEM employees and directors are members.

Within 2 hours, the link was gone.

The Work of the People?

The work of thousands of common people, crafted not by experts but spur-of-the-moment edits and majority vote, has always been made into a product, placing the work of the people behind a paywall.

Yes, less than $15 for a 900 page book is a bargain. But the text is still stuck behind a paywall, so it isn’t free to use and quote online. That’s the crux of it: copyright and DRM keeps our polity and resolutions from being freely searchable and shareable for usage or inspiration. Even if it was $1, the paywall would apply.

Missions and ministry is digital now. When distant African towns get tablets instead of books, our doctrine must be digital and freely accessible. When digital text becomes searchable and exportable, it becomes translatable by free online tools, allowing local mission outreach and creative compilations of our work.

Leading up to the closing of Cokesbury storefronts, UMPH has repeatedly missed opportunities to embrace the digital age, and it is hampering our missions. Freeing our doctrine, polity, confessional statements, resolutions, and our common work from the paywall will go a long way to redeeming that backwards tradition.