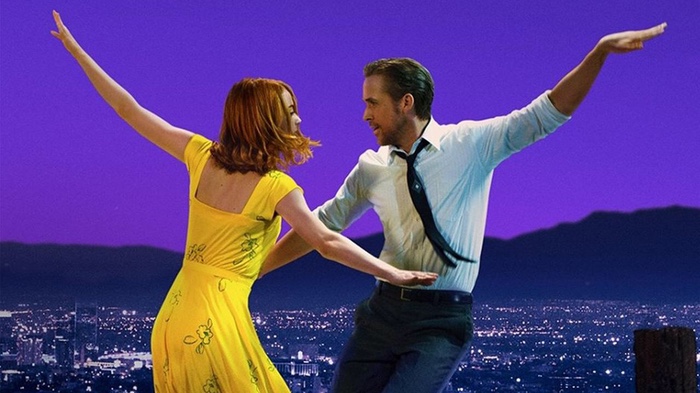 What La La Land teaches the church and justice work about conflict and compromise. 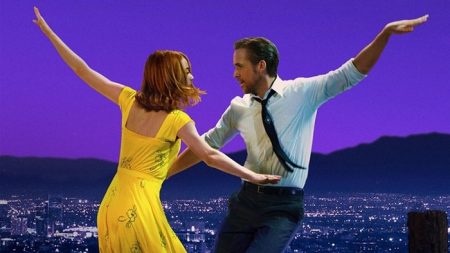 It’s a movie trope to have a seemingly mundane conversation early in the film become a critical hinge point for the plot later in the movie.

And the same applies to Lala Land, which is why an early conversation is so critical to understanding one message in the movie.

In the 2016 film La La Land, starring Emma Stone and Ryan Gosling, both characters are trying to find their way in Hollywood as an actress or a jazz musician. It’s a whimsical, escapist movie that nonetheless has a powerful image for relationships and the church.

In one of their first mutual scenes, Gosling and Stone are at a jazz club watching a jazz band play. Stone says she hates jazz music and Gosling explains why Jazz is so great:

Part of the problem is that you can’t hear [jazz], you have to see it. You have to see what’s at stake. I mean look at these guys… look at, look at the sax player right there, he just high-jacked the song! He’s on his own trip.

Everyone of these guys is composing and rearranging. They’re writing and they’re playing the melody. And it just, you know… there, now look the trumpet player! He’s got his own idea.

Gosling points out the band is still playing, but everyone so often one member takes initiative to riff and the rest play along.

This early conversation portents why Gosling and Stone break up later in the movie. They stopped trying to play jazz. When conflict arose, instead of riffing and compromising and playing together, they both fall back on solo acts as she moves to Paris and he continues his music in LA. The music they made stopped.

The final scene has Gosling playing their song while re-imagining what their life would have been if they kept the music playing. Jazz becomes a powerful metaphor for how relationships are called to navigate conflict and compromise.

Jazz and the Church

But too often we make church into a series of competing solo acts. We think the church has a finite set of attention and resources, so we fight for our niche area to always have the limelight. We complain when our niche area or our passion or our “this is what the church should be doing.” We aren’t making music together, we are competing solo acts.

La La Land shows that we can still engage conflict and compromise without losing our rhythm. That if one passion or interest rises up, the rest keep doing their work and maintaining the rhythm until just the right moment when the lead can change. And those passions or interest that have the limelight for a moment need to recognize that they can’t run the whole set but can relax to needed background and formation work.

The song ends when the whole band is ready, not when one solo act is done. And that’s the work of the church.

Justice is such a needed effort of the church, especially in this political climate. We are tempted to turn justice into a solo act, or a church into a one-issue congregation. Or worse: flail at every justice issue in the moment and never build a sustained presence or witness.

Filmmaker Michael Moore recently wrote something similar to La La Land’s take on jazz in this quote about music and protest:

This morning I have been pondering a nearly forgotten lesson I learned in high school music. Sometimes in band or choir, music requires players or singers to hold a note longer than they actually can hold a note. In those cases, we were taught to mindfully stagger when we took a breath so the sound appeared uninterrupted. Everyone got to breathe, and the music stayed strong and vibrant.

Yesterday, I read an article that suggested the administration’s litany of bad executive orders is a way of giving us “protest fatigue”—we will literally lose our will to continue the fight in the face of the onslaught of negative action.

Let’s remember MUSIC. Take a breath. The rest of the chorus will sing. The rest of the band will play. Rejoin so others can breathe. Together, we can sustain a very long, beautiful song for a very, very long time. You don’t have to do it all, but you must add your voice to the song.

Jazz, choral acts, and the church all intertwine with the same message: keep the music playing. Keep engaging in your area of passion. But work with others to keep the music going whether you have a freestyle solo or background legwork, and learn to navigate conflict and compromise well.

That’s the only way to be church, and the only way to seek justice in a world gone mad. And maybe when your song is played after this season is passed, you only imagine what you have now, and won’t have regrets about what solo act you might have been tried to be.