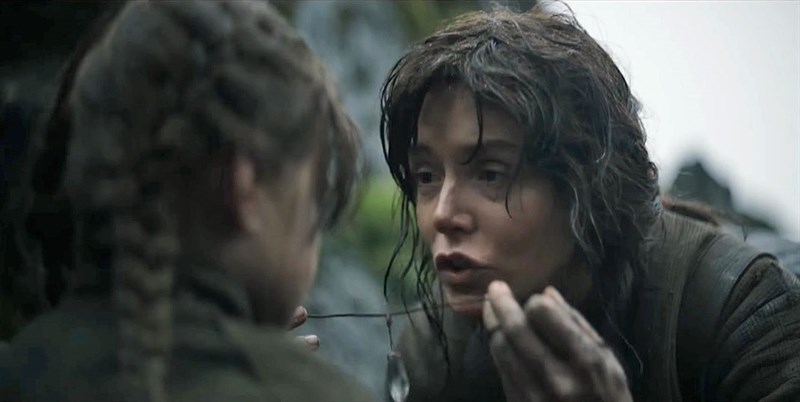 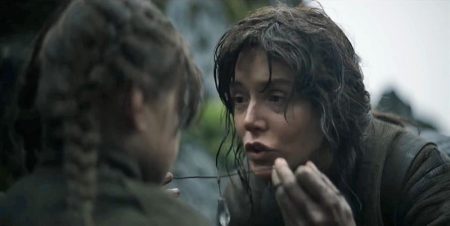 I finished the novel Catalyst: A Rogue One Novel before walking into the theater. It’s the backstory to Galen and Lyra Erso (Jyn’s parents) and their relationship to Admiral Krennic, the primary villain in Rogue One. It’s not the “novel version” of the movie, but a prequel, and I think it has an important element that moviegoers would really benefit from knowing.

Most of the novel is about how Krennic manipulated Lyra and Galen, both anti-war pacifists, into researching for the Empire. In the book, Krennic operates at a much more masterful level than the movie gives him credit for. He’s a smart and cunning foe, and turns every situation into manipulating Galen into turning his genius towards developing the Death Star super-laser.

But Lyra was a force as well, as a supportive spouse who made sense of her partner’s genius and transcribed his notes for other scientists’ review. But she was also the perceptive watcher who refused to let them be ground underfoot by the Empire. She was the one who saw through much of the Empire’s deception, albeit too late in most cases to change the course of their story.

Krennic and Lyra were suspicious of each other for a long time, and Galen wouldn’t have seen through Krennic’s manipulations if it wasn’t for Lyra. Galen himself was a mostly passive character, always reacting or responding to Krennic deceptions or Lyra’s revelations. The primary dance was between Krennic and Lyra, in my opinion.

The Empire appeared to have won. Galen resumed his work and the Death Star Super-laser, like any good epic movie, is just completed as the movie resumes the story. It looked like Galen was defeated and the Empire would win.

But it was too late for the Empire: Lyra’s spirit and death had altered Galen and Jyn in such a way that both became different people, and her loss didn’t silence her voice of protest.

Galen chose to support the Death Star Project like a defeated person, choosing to become indispensable to it so that he could sabotage it from the inside. He learned to lie in wait and to lie, something he was never good at, but saw the greater good from it. He chose to destroy this destabilizing force from the inside, and passed on this knowledge to his daughter Jyn to complete the work he begun.

In Scripture, the Book of Esther tells the story of a commoner woman named Esther who has been chosen to become Queen of a nation. While Queen, she stumbles upon a plot to kill her cousin Mordecai and enslave her people. She speaks up at the King’s side and stops the plot, at great risk to herself.

It wasn’t until seeing the movie that I understood the title of the book: the “catalyst” of the story of the Death Star wasn’t an event or a man–it was a woman named Lyra who spurred it forth from the rambling genius, whose actions delayed its development until “such a time as this,” and whose death galvanized two people to destroy their own family’s creation.

Worthy of the name Star Wars, and worthy of reflection for each of us who we are to be.