Dear Methodosia, what to say to you?
You have kind eyes. You have your mother church’s name.
When you came into my world, you were crying out for all people and it broke my heart.

I’m dedicating every day to you.
Secular life was never quite my style
When you thrive despite a world set against you, you knock me out, I fall apart. And I thought I was so smart.

Your struggles of age match our host nation
Our caucuses bleed and fight for you, each trying to make it right for you.
Each round of equality tries to lay a stronger foundation
We’ll pass it on to you, we’ll give the world to you
And you’ll blow us all away…

Someday, if schism is held at bay.
Yeah, you’ll blow us all away
Someday, someday

Oh Methodosia, when you save lives I am undone
UMCOR Buckets in the sun.
Look at our developmental missiology! Pride is not the word I’m looking for

There is so much more inside us now.
We outshone the oppressive ones,
Our diverse union.
When we exclude people, we fall apart,
When we thought we were so smart

Your struggles of age match our host nation
Oppressed people bleed and fight for you, hoping to be finally loved by you.

If we overcome (again) the culture of exclusion,
We’ll pass it on to you, we’ll give our wayward mission to you
And you’ll blow us all away…

Someday, if exclusion doesn’t rule the day,
Yeah, you’ll blow us all away
Someday, someday. 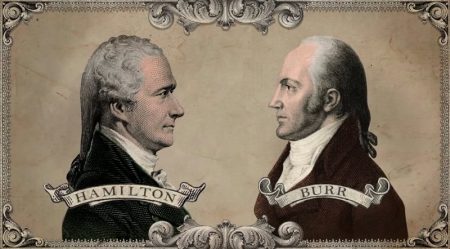 About the Original Song

The song “Dear Theodosia” is from the Broadway hit “Hamilton” which has the protagonist Hamilton and antagonist Burr singing to their newborn children after the Revolutionary War.

In the song, both commit to making the nation they fought for be better for their children than their parents had it. They succeeded in the long run, but not, sadly, for their own families. Hamilton’s son Philip dies defending his father in a duel, and Burr’s daughter Theodosia dies in a shipwreck on her way to see her father, who had just returned from four years of exile in Europe after killing Hamilton. Both men end up outliving their children.

I rewrote the song above to be one voice of lament to Methodosia, or The United Methodist Church, of which I am a pastor. Far from the boundless hope of a newborn child or nation, our >230 year old church tradition may be at the cusp of dissolution or fraction over LGBTQ inclusion.

My hope is that we endure…that we repeat our history of hard-fought but ever-widening circles of God’s love that overcame divisions over slavery, and came to fully include women and African-Americans, but now seems stalled or even regressive when it comes to fully including LGBTQ persons.

So I write to Methodosia, in badly butchered meter, in clumsy language, but with a hope that “someday” actually is in my day, so this conflict does not continue to when my young daughters come of age and inherit Methodosia as their own.

As Thomas Paine wrote in The American Crisis

“If there must be trouble, let it be in my day, that my child may have peace.”

So I trouble.
I protest.
I remind us of our common history and theology.
I endure being called “a conspiracy theorist, lacking intellectual virtue, an a**hole, and a manipulative liar” by fellow United Methodist clergy and laity.

And I hope you do too.

Because Methodosia is worth it.
Because rebirth to the limitless potential of a new life is possible for dinosaur institutions just as it is for infants brought to the baptismal waters.