Home/United Methodist Church/Catering to Culture: The Real Foundations of the WCA / 03: Creeping Orthodoxy 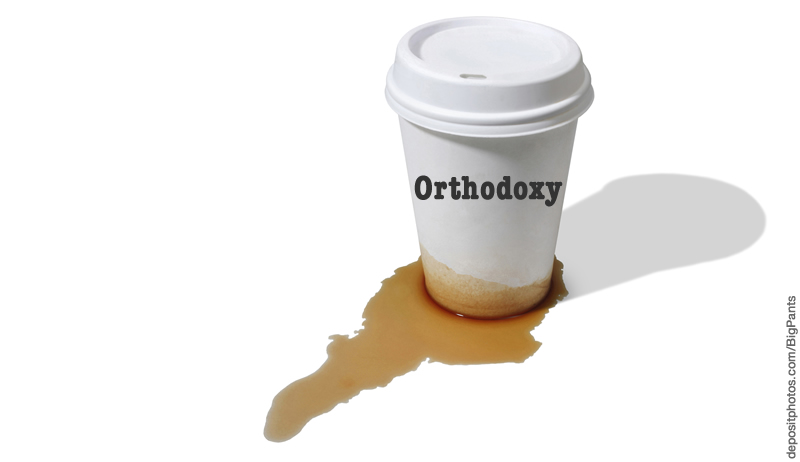 In Wesleyan theology, there’s an emphasis on both orthodoxy (right thinking) and orthopraxy (right practices). The newest umbrella caucus group in The United Methodist Church appears to be, by their beliefs, a version of orthodoxy, but controversy emerges when we look into their practices. By examining their literature, 2016 inaugural event presentations, and the makeup of their leadership, we can better understand that while their beliefs may be biblically-grounded, their practices are more deeply shaped by these negative trends in American culture: 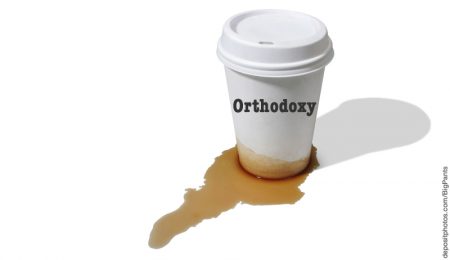 Christianity has wrestled for millennia about this question: “what’s the least someone has to believe to be a Christian?” Defining the boundaries of Christian belief has taken place since biblical times where New Testament writers carved out what to believe about Jesus.

Generally, historical and contemporary evangelical Christians have agreed upon the following three tiers of belief in their missionary work:

The sharpest line is between #2 and #3, with very clear definitions outlined in the Creeds and Councils weighed against the contextual and cultural considerations.

At least, it used to be the sharpest line.

…Creeping to the Culture Wars

The problem of today is that evangelical movements are creeping beyond the parameters of #2 to include social issues far beyond the scope of the Councils and the Creeds–and naming that as “orthodoxy.”

The best example of this creeping orthodoxy is when the President of Asbury Theological Seminary wrote about conflict between progressives and conservatives in christian traditions:

Since progressives and conservatives aren’t defining themselves by differing beliefs of the Trinity or Creedal affirmations, the distinguishing point (for President Tennent) is beliefs on social issues. His Revised Orthodoxy thus adds social beliefs alongside the previous affirmations–one cannot be orthodox and affirm LGBT inclusion, according to Tennent.

The problem is that the Councils and Creeds don’t make any statements about human sexuality or women’s ordination or other cultural hot spots of today. Even if you throw in the whole of the Patristics and Church Fathers, one only finds a handful of statements related to homosexuality, and yet “orthodoxy” is being claimed, by Tennent and others, to include beliefs on these hot-button social issues. This phenomenon is outlined succinctly by Roger E. Olson in his post “Orthodoxy and Fundamentalism.”

Today, “orthodoxy” has creeped outside of its long-held container beyond its proper scope to include “orthodox” folks’ particular beliefs on social issues.

…Creeping to Stain Rather than Define

As we see, when we add social issues to orthodoxy, we begin to weaponize Category #3: “Other Christian beliefs.” The technical terms are that Christian beliefs are no longer adiaphora but rather deemed to be anathema.

Today, revisionist orthodoxy takes what previously has been seen as adiaphora and stains it as anathema in order to cast people out of Christian conversations or bookstores.

The Wesleyan Covenant Association, influenced by other contemporary reactionary movements, has fully embraced this narrative of creeping orthodoxy by elevating LGBTQ exclusion to the level of catechetical profession.

Over and over, by supporters and Leadership Council members, the WCA is propped up as merely upholding historic Christian beliefs which are named to be “orthodoxy.” Their belief section, assent to which along with $100/year is the requirement for membership, names their beliefs in Scripture, the Creeds, the Councils, and beliefs on particular social issues, including this one:

We believe that marriage is the uniting of one man and one woman in a single, exclusive covenant.

The “historic, biblical, Apostolic Faith” claimed by the WCA is now no longer found only in Sola Scriptura, or in the Creeds, the Councils, the Early Church Fathers, or even in John Wesley himself. Rather, it firmly includes cultural prohibitions against same-gender marriage and requires that LGBTQ persons must divorce their spouses and become celibate to become clergy.

We truly are in an odd irony of President Tennent’s words from two years ago:

We are called to “orthodoxy.” This term refers to what is “true” or “straight” or “right.”…Words can’t just mean what we want them to mean.

Back to the Container?

The Wesleyan Covenant Association is actually now behind the times of Evangelical movements. A friend at a church planting organization, reflecting on prominent evangelical churches like GracePointe embracing LGBTQ inclusion, wrote to me:

In the new church start world, we’re certainly not seeing excluding women or LGBTQ people in leadership as growth strategies. This may have been true of a previous generation of new churches, but many of the fastest growing new churches that focus on young adults are very open. Even to the point that a “bait-and-switch” trend is growing in those new churches that come from anti-LGBTQ traditions.

For now, the room at the WCA inaugural event was full of middle-aged and senior white men who approve of excluding LGBTQ persons from full participation in the life of the church. But growing and prominent young and Gen-X evangelical churches outside our Methodist bubble are reaching LGBTQ-friendly Evangelicals and moderates and new Christians in ways that Creeping Orthodoxy restrict us from.

My hope is that we go back to the three categories and allow adiaphora to be adiaphora, and that orthodoxy can go back to being theological affirmations rather than cultural ones to better include the diversity of the Church Universal at the table.

I just hope that the stains left behind by this creeping orthodoxy wash out.

Some previous writings on the Creeping Orthodoxy Problem: