Home/Church Talk/Talk Less, Smile More? On Politics from the Pulpit 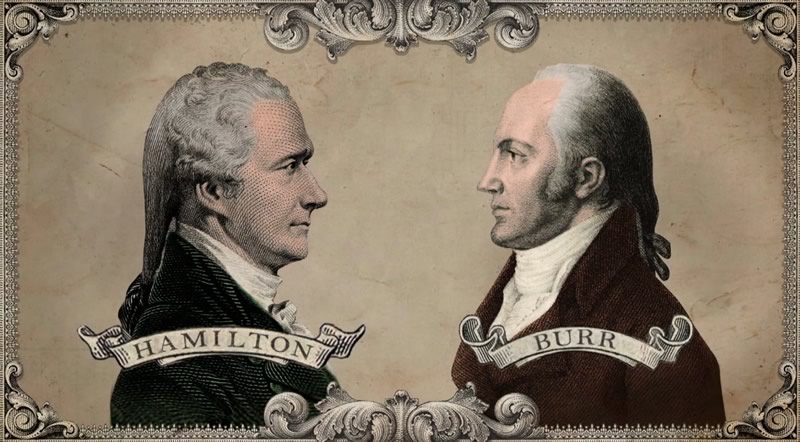 What Lin-Manuel’s Hamilton can teach us about Politics in the Church.

The quintessential conflict in Lin Manuel Miranda’s Broadway musical Hamilton is between Alexander Hamilton and Aaron Burr. Like oil and water, from the first scene to the last, they are polar opposites in personality and approach to life.

While there are many layers and many episodes of discontent, their depicted conflict is a simple one:

This same conflict between naming one’s convictions and not engaging in divisive statements, I would say, is also present in the Church.

No Politics in the Pulpit

“Talk Less, Smile More / Don’t let them know what you’re against or what you’re for” – Aaron Burr, Sir

I would call these churches Aaron Burr churches, as the mantra of Aaron Burr is to be political but not divisive. They do not like the idea of being lost in the tumult of business and ambition that does not enliven their spirits or keep people away from their worship services.

America’s largest churches often follow this strategy. Prosperity Gospel preacher Joel Osteen was interviewed about his beliefs against homosexuality and how that impacts his church, the largest in America. The interview ended up being about why he eschews politics from the pulpit:

Osteen: “I try to stay in my lane of what I feel called to do. [The topic] does come up in interviews and things … but that’s not my core message.”

Osteen explained that his core message is helping people let go of their pasts, reach their dreams, have a healthy self-image and raise good children. While homosexuality is part of addressing life issues, the pastor said he doesn’t want to be defined by his views on the issue.

“Everybody’s welcome, but my take on it is, you know, it’s easy to make one issue — to become known for that or to let it side track your message,” he said. “If you look at our congregation .. we all have issues, everybody’s on a journey.”

So naming convictions on controversial social issues is not part of these churches. And to be clear: this isn’t a slam on these Aaron Burr churches. Engagement in charity and poverty justice issues come easily to these types of churches, even if political activism does not, so they do good work even if they exempt themselves from some areas of human need.

Not Mincing Words from the Pulpit

“If you stand for nothing, Burr, what’ll you fall for?” – Aaron Burr, Sir

“If you’ve got skin in the game, you stay in the game.” – The Room Where It Happens

At the other end of the spectrum is the very clear political rhetoric of other churches, both conservative and progressive. Engagement in social issues comes easily to these Hamilton churches. These are the churches with lists of affirmations and beliefs on their websites, or who wear proudly the names of their minority movements in their denominations (like Reconciling churches within United Methodism that are open and affirming to LGBTQ persons).

While the content of the sermons are not mean-spirited or unnecessarily partisan, there’s no question of the pastor’s politics or the church leadership’s politics.

Hamilton Churches can feel isolating to folks who are not in the majority opinion. When a church is 60/40, minority perspectives feel able to speak up and be heard. When an issue is settled (for instance, my church would never rescind their 1993 vote to become Reconciling–and it was over 90% then), then there’s little use to even bring it up. I know what this feels like–both as a pastor and former laity in the pew–to have a minority perspective, and it can be frustrating to feel like you are so far in the minority that speaking up is just useless.

But Hamilton Churches do speak up, regardless of their placement in the majority or minority of their denomination or region, because speaking clearly with conviction is a value of theirs, and they are able to enter political conversations and social witness with effective well-trained voices to shape public opinion, at the cost of the enormity of membership (often).

“For once in your life, take a stand with pride / I don’t understand how you stand to the side” – Non-Stop

The final straw for Hamilton and Burr was the election of 1800 when Hamilton endorsed Burr’s opponent Thomas Jefferson even though Hamilton hated Jefferson, they weren’t in the same party, and they rarely found a single thing to agree on. The rationale for Hamilton’s surprising decision?

“I have never agreed with Jefferson once / We have fought on like seventy-five diff’rent fronts
But when all is said and all is done / Jefferson has beliefs. Burr has none.” The Election of 1800

I don’t make the same analogy here to Burr and Hamilton churches, as I’m focused more on the expression of their beliefs than the content of them. But I do wonder if there’s a sense that naming one’s convictions is more important than hiding them.

One of my convictions is to live out Cornel West’s line: “justice is love in public.” So when pastors say “I’m not political” as to why they won’t engage in controversial discussions, what I hear is “I don’t love you enough to publicly acknowledge violations of your well-being.” And that doesn’t feel right to me when it comes down to the choice of standing up for people or sitting down to be more accessible to people.

I’m on the side of being a Hamilton church, though I recognize the value of sitting in the middle. The conversations you are able to have with diversity of opinions are invaluable, but I believe that when people’s lives are at stake, one has a moral obligation to speak up.

Thanks for reading and for your shares on social media.