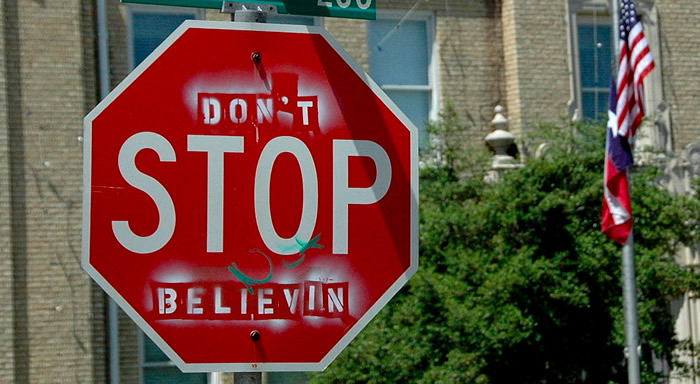 Even in denominational systems with defined boundaries to theological inquiry, we are called to do theology to better our faith tradition.

They Trusted Me To Do Theology

In September 2015, NPR interviewed Lutheran pastor Rev. Nadia Bolz-Weber to reflect on her ministry to the margins. They had this exchange:

TERRY GROSS: So when you start your own church, did the Lutheran Church – did the hierarchy of the church – have to endorse that idea? And do you need, like, a special license to start – like, what – how do you actually do it?

NADIA BOLZ-WEBER: So, like, I don’t have this story of, like, having to fight the man, you know, in order to be recognized. Like, basically, what – a Lutheran identity is a theological identity. And because my denomination trusts me as a theologian, they trusted me as a practitioner. So I’ve never been – I’ve never been questioned as a practitioner. So they understood that I was native to maybe a cultural context they didn’t understand. But they ensured I had a top-notch theological education. And then they trusted me with it. So they were eager to let me try this weird thing.

This brief exchange caused me to wonder if what Rev. Bolz-Weber said applied to all denominations:

And most haunting of all:

Because if they are not, then you have a call to build on them, not regurgitate them.

In Malcolm Gladwell’s excellent podcast Revisionist History, the seventh episode “Hallelujah” articulates two different types of genius: the types that are born geniuses and exhibit it early, and those who come to it slowly over time. Here’s the difference, using Gladwell’s language:

Conceptual Geniuses – These people get it right the first time and very early in life. Picasso was a great example. He electrified the art world in his 20s. Bob Dylan wrote “I and I” in 15 minutes. The first thought is the best thought for these people.

Experimental Geniuses – People who never have a clear, easily articulated idea and don’t work quickly. They work by trial and error, multiple drafts, and can take them a lifetime to express it. Cézanne is every bit as famous as Picasso, but his works came later in his life and over many revisions. It took Leonard Cohen five years to write “Hallelujah.” They take much longer to express and find the right format for their genius.

You can read more about conceptual and experimental geniuses in the referenced work Old Masters and Young Geniuses: The Two Life Cycles of Artistic Creativity by David Galenson.

A Tale of Two Church Johns

This distinction has powerful implications for the theological world. Sometimes theology comes from a single individual’s early work. But sometimes it comes through experimentation and a lifetime of ministry and work.

When you look at one of the premier theological conflicts of the Post-Reformation–John Wesley versus John Calvin–the difference in timeline couldn’t be more different.

The faith traditions spawned by both Calvin and Wesley exhibit this difference in genius. Calvinist denominations tend to be heavy on systematic theologies and airtight (to some) doctrines. Wesleyanism’s primary body of United Methodism has the standard sermons, commentaries, and writings as their foundations, but no systematic theology and no worries about discrepancies in Wesley’s writings. The difference between the two is lived out as Methodism has incredible theological diversity, whereas Calvinist denominations–and Neo-Calvinism (ie. Mark Driscoll) especially–have much narrower theological diversity.

You can read more about this conflict in Calvin versus Wesley by Don Thorsen.

Note for Pedantic Methodists: While Wesley’s preaching in the coal mines and the Oxford Holy Club were in his 20s and had tremendous impact, I started with Aldersgate due to the syncing of his heart and mind and noting that many of the “standard sermons” took place after Aldersgate (I can’t find all the dates–correct me if I’m wrong in the comments).

The fascinating thing about the second type of genius–experimental–is that it can continue after the originator is gone.

Gladwell concludes this podcast episode by examining the Leonard Cohen song “Hallelujah” and how it took five years to write it…and when it was published, it was terrible. But Cohen kept performing it and adapting it at his live shows, and one such performance inspired John Cale to do a version of it, whose tape then inspired Jeff Buckley to do the version that you hear on the radio today. It took three musicians working individually over 15 years to unlock the final genius version of the song. (source)

The first official version was not the best–it was the subsequent versions unlocked its potential for inspiration.

The Call to Participate

This causes me to wonder if folks attempt to participate in the genius of their founder by continuing to make theology better today.

In my tradition of United Methodism, there’s a tension between following Wesley alone (adhering to all his original statements) and being Wesleyan (allowing Wesley’s work to influence further inquiry and conclusions). The latter allows for theological inquiry and adaptation–the former does not.

So I wonder about your tradition:

Let me know in the comments if you feel empowered to do the same type of local theology–and participating in experimental genius of your tradition–or if you are to merely comply and apply.