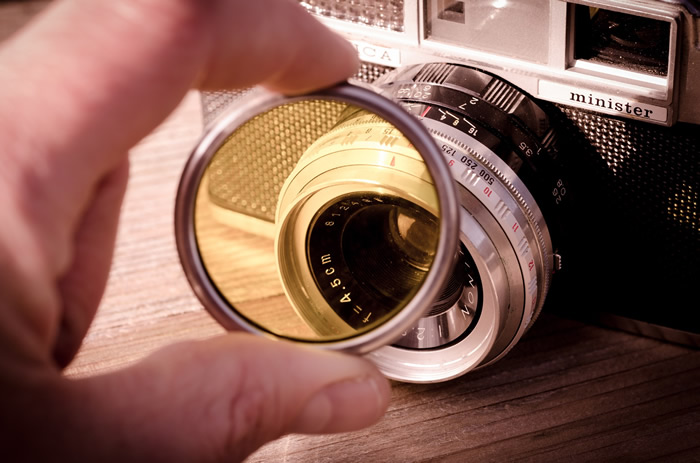 Adding a new lens to a church way of seeing things requires proficiency with the camera first.

I don’t often listen to audiobooks or podcasts. Auditory learning is a distant third to Visual and Kinesthetic learning in my brain. But I have gotten a lot out of author Malcolm Gladwell’s recent podcast Revisionist History, which challenges long-held notions about historical events and applies them to today’s news.

His episode on religion and gay marriage yielded the following concept of “Generous Orthodoxy”:

“The phrase ‘Generous Orthodoxy,’ coined by Hans Frei, is an oxymoron. To be orthodox is to be committed to tradition. To be generous is to be open to change.

Hans Frei thought the best way to live our lives was to find a middle ground. Because:

One of the hardest things to do is find that balance.”

For folks who give energy to reforming Christian denominations–be it Methodists seeking LGBTQ equality, Catholics seeking ordination of women, Baptists seeking gender equality–this balance is incredibly hard to find. Often, two polarized sides lay claim to one term and reject the other, instead of seeking to balance them both in polity and practice.

So what does it take for folks who value tradition to become open to change?

Gladwell’s primary claim is this: for people to find a place of flexibility within orthodoxy, or moments of incremental change (such as female pastors and LGBTQ inclusion), it requires that the powers-that-be know that those calling for reform have the best interests of the institution at heart.

While Gladwell in his podcast focuses mostly on a Mennonite seeking to reform his religion, he offers a powerful secular example: the early 2016 student-led protest and failed effort to change the name of Princeton’s Woodrow Wilson School of Public and International Affairs. The name change was sought due to the ex-President’s documented racism and racist policies he enacted both at Princeton and in the Federal Government.

The only way people listen to the protesters is if they know the protesters care about Princeton. Do they care about Princeton as it is? They can accept generosity only if it comes with some orthodoxy. They want some acknowledgement that the protesters appreciate what they’ve been given, some concession that the rich white guys who make them so uncomfortable also made it possible for them to attend a school that looks like Versailles…but instead they hear a [black] protester say “this university owes us everything. This university was built on the backs of my people, and we owe white people nothing.”

“If no one questions your loyalty, you can get away with subversion.”

One of my friends is an evangelical United Methodist pastor and he was speaking with fellow evangelical Methodist pastors about his own embrace of LGBTQ persons (The UMC denies equal marriage and ordination of partnered LGBTQ persons). No one in the room agreed with his claims, but they didn’t exclude him from their group, saying instead “Well, we know you love Jesus, so we know you are coming at this conclusion from a good place.” They were generous with their orthodoxy to someone who had proven to have the evangelical interests of Methodism at heart.

The strategy seems simple: the people who are most persuasive at reform are insiders and folks who have earned the respect of their more traditional brethren, often due to expressed conservative theology or evangelistic success. If a colleague has brought 200 people to Christ or advocated for a traditional understanding in other areas, then their peers are more generous with their unorthodox positions on other areas.

But it’s often not that simple because revelation of church brokenness comes from the margins: from the people whom the church has hurt, and those closest to the hurt people. It takes a long time for the pain of conviction to reach the powers-that-be, and often it takes folks who are otherwise traditional in beliefs and actions to give steam to the movement. Folks like Rachel Held Evans and Matthew Vines are evangelical examples of persons who do support LGBTQ inclusion within their evangelical worlds–and they are much more persuasive than folks like me who do not swim authentically in those circles.

So the disconnect–and the reason generous orthodoxy is so hard to find–is that the revelation of brokenness often originates with folks who have not “earned the respect” of the powers-that-be. So they are not seen as coming with the best interests of the institution at heart because they have not proven themselves on the only factor that matters: number of conversions. Like the protestors at Princeton, they have to do the work to show they have the institution’s best interests at heart, and that takes dedication to discipleship and evangelism beyond the justice movement.

You must respect a body you are trying to heal.”

The truth is that many of us who seek to reform our church institutions do come at it with the institution’s best interests at heart, even if we are not recognized as authentic by the powers-that-be.

My own conviction that excluding LGBTQ persons from ordination is wrong came from when my best friend in college–who was my superior in preaching, teaching, heart for evangelism, and most every other conceivable way–came out as gay and our Church would not ordain her, but would ordain a distant-second-best one like me. The “spirit drain” of qualified preachers (who went on to do great works in other traditions, even by evangelical standards) robs my denomination of talent and heart for reaching people for Christ. This has happened repeatedly in the past 14 years of being part of this movement, and each time it reminds me that I do have my church’s best interests at heart.

My hope is that those of you who are seeking reform in your own denomination, to include an excluded people group in the ever-widening circles of God’s grace, make it known that you come at this with the institution’s best interests at heart. That you lift up the ways how discipleship, evangelism, and tradition lead you to these convictions, not that you get there in spite of them.

It feels like playing a rigged game  (and in my denomination, the progressives are hamstrung the worst), but it’s really the balance to which all are called. And in following this calling, one often makes the strongest inroads to show you are all in this together and, ultimately, that your Church will continue to make disciples and reach people for Christ in ways recognizable to progressives and conservatives alike.

And that would be a generous orthodoxy indeed.