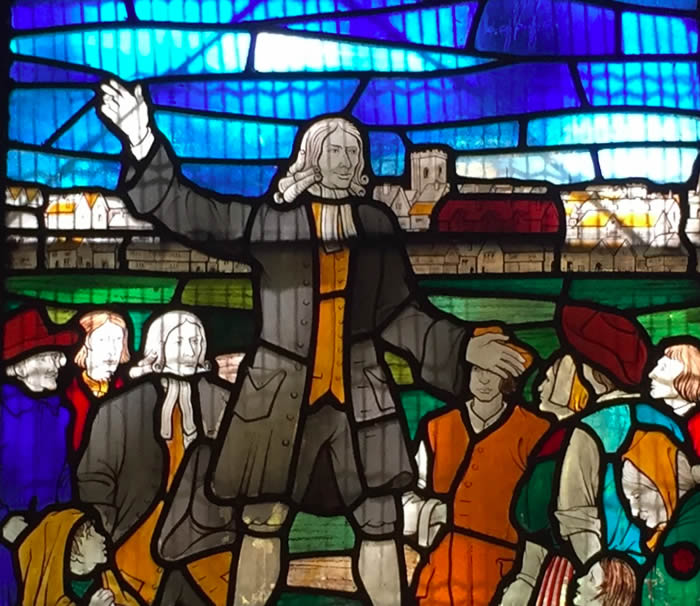 Should moderates and LGBTQ-affirming evangelicals attend the October kickoff of the WCA?

I’ve been in awe the past few weeks at how effectively the newest collective in The United Methodist Church has both neutralized critiques and encouraged speculation. It’s been done quite well and is instructive for folks in the future.

Let’s examine the timeline and the result.

First, the timeline: the outcry to the Bishops naming the Wesleyan Covenant Association as “fanning fears of schism” continued for weeks after their letter. Most recently, Dr. David Watson protested and Dr. Bill Arnold claimed that schism was not their goal or expectation. Repeated blog posts and press releases hammered the bishops and anyone who criticized the WCA because “we just don’t know what it is about yet” and “they haven’t done anything schismatic yet.”

All the while, however, that argument is not applied to the attendees who are coming with their own expectations for WCA’s plans of dissolution or for the WCA to become an open advocacy group:

The WCA hasn’t opposed these characterizations as “we don’t know what it is about yet,” nor do I expect them to. As we see clearly now, ambiguity of purpose is a convenient weapon against one’s opponents and a helpful lure to one’s affiliates.

A+ for the Expectations Game

Second, the result of the high-volume outcry against any criticism of the WCA is that their expectations for their first meeting in Chicago on October 7th are very easy to meet.

For the 24 hours of the event, the WCA can present themselves as simply a revival with the best and most diverse preachers and speakers they can find, which is a relief to people who feel they are in the minority of their worlds (but in the majority of the UMC). So long as they keep on message and refrain from any statements about schism or human sexuality, then they will have “proven” all the bloggers wrong and “that’s not what it is about.” Then folks can easily pay the minimum membership fees to be part of this movement.

I gotta hand it to them: it’s very savvy. Both the bishops and this blogger played right into their hands on this Expectation Game. By speaking the truth, we actually set very low bars for the event itself to jump over (“aw shucks, that’s not what we are about”), which is easy to do within the controlled experience of an event which will not be livestreamed for public scrutiny.

Should moderates attend to “rock the vote”?

But now to the key question: I’ve heard from some moderates and gay-affirming evangelicals that they are considering attending so that they could help “influence the policy votes” and encourage a different revival not built on the backs of exclusion of LGBTQ people.

This question has precedent as the WCA has already changed one of their founding statements. Their section on the Bible used to be high on inerrancy, but after an early August meeting, it was revised (I don’t have a copy of the original, so I can’t show side-by-side, sorry). Thus, there’s precedent for advocating for changes because apparently the WCA will change their statements on the Bible after only a few month’s discernment.

So since we know that democratic church systems are susceptible to internal manipulation (look at what the IRD has done to the Episcopal, Presbyterian, and our own Methodist church for decades), is it possible to turn the tables and have moderates and gay-affirming evangelicals rock the organizational vote? Or is it more plausible that these scenarios have already been anticipated by the WCA conveners?

The reality is that it is highly unlikely that anything coming from the Conveners will resemble anything remotely inclusive of LGBTQ people. We know this by their public affirmations to the contrary. Of the 55 conveners of the Wesleyan Covenant Association:

In total, 91% of the conveners of the Wesleyan Covenant Association have signed at least one other online petition calling for the continued exclusion of LGBTQ persons from full participation in the United Methodist Church. You can see the data here (any mistakes are human errors, not willful ones, so let me know).

As we see by the conveners’ own public affirmations, any movement to relax the statement on LGBTQ exclusion, or strengthen any opposition to schism and connectional property ownership, is highly unlikely to be given the time of day. If that’s your aim, don’t waste your time attending.

So, Jeremy, are you going?

I’ve been invited by participants—yes, honest invitations, not snarky ones—to attend the October 7 meeting in Chicago.

I will not be in attendance. Not only is the day before a regional evangelism and discipleship meeting that is critical for my ministry context, the 7th is my daughter’s fourth birthday and family gathering. But even without that schedule conflict, since I cannot affirm the “Statement of Moral Principles on Marriage and Sexuality” due to its exclusion of LGBTQ people, then I am not eligible for membership in the WCA, and I don’t feel a need to attend.

As indicated above, I don’t expect much to happen anyway to satisfy the very low threshold for success mentioned above–their purpose is gathering names, not divisive commentary, after all. After the event, once we’ve done away with their weapon of ambiguity, the “iron sharpening iron” online debate can begin.

After the event, a critical threshold will certainly be crossed: the event will have collected the names it needs so that the leadership can issue statements opposing LGBTQ inclusion and the Bishop’s Commission “on behalf of X thousand Methodists.”

That’s the critical difference between WCA membership and mailing list constituencies of Good News/Confessing/IRD: the leaders can speak on behalf of its membership, without having to do pesky individual petitions for consent and without the individual names published. So both the elements of accountability that this blog post referenced will disappear, replacing names with numbers. We’ll have turned a corner when it comes to this type of advocacy.

While I wonder what lies beyond for the people called Methodists, I know it won’t be good news for folks who seek a church that welcomes all to full participation in the life of the Church. In this way, the WCA Movement continues the same conflict in the UMC Institution. They become mirrors of each other, instead of windows envisioning something greater for us all.