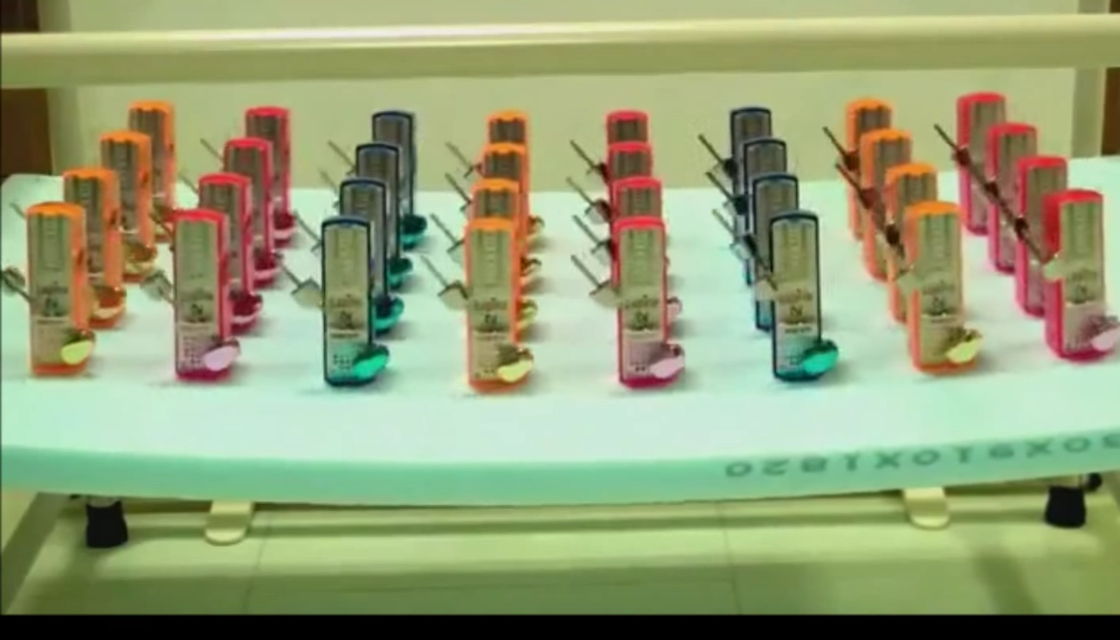 It is not a rigid underlying belief system that leads to unity, but rather our works lead to unity in a diverse belief structure. 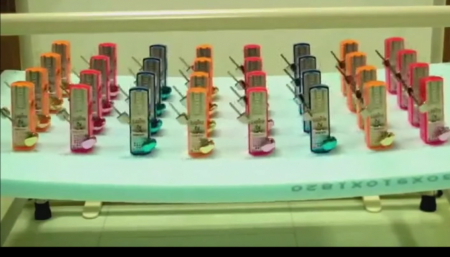 I saw this video on Kissing Fish, a Facebook page and book by United Methodist Minister Roger Wolsey. Here’s the original link and here’s the video.

Watch it, it is mesmerizing.

The 32 metronomes start out discordant and none in sync. But over the course of barely over 2 minutes, they all find their way together–even the last offbeat guy on the right column around 2:30.

How did it work?

How did this work? The science is that the surface holding the metronomes is not solid but moves with the metronomes. The tiny transfers of force between the moving metronomes and the wobbly surface eventually even out all the metronomes–even the right column rebel.

If the 32 metronomes were placed on a solid, unyielding surface, unity would be much harder to accomplish.

I share this video because I think the analogy is helpful for conversations about Christian Unity in a world full of differing and discordant theologies.

Let’s run with an analogy. If the metronome beats are the actions taken by Christians in the world, then the surface must be the beliefs held by those Christians. If the beliefs are rigid and unyielding, then they cannot transfer the energy to bring our works into alignment and more beautiful to the Creator.

Metronomes marching to their own beat may never find unity on an inflexible surface. Given the diversity of the Christian Church today, broken mostly by differences of belief, and it is clear that unity built on belief will not be likely found.

If that’s all that “historic Christian teaching” means, then that would be fine because none of the Councils or Creeds make any statements about human sexuality or women’s ordination. Even if you throw in the whole of the Patristics and Church Fathers, one only finds a handful of statements related to homosexuality and women’s equality.

Instead, what we’ve seen over the years is a creeping set of social values that are fused with orthodoxy, making the surface area even more rigid than before on areas of human sexuality and gender that previously were not part of the Creeds, Desert Fathers, or the Ecumenical Council.

What the 20th/21st centuries have given theology is a wonderful cornucopia of lived, contextual theologies. We have black theology, feminist theology, womanist theology, asian theology, queer theology, liberation theology (and all its forms), and other theologies that are born from a people group’s experience.

Their beliefs are flexible, and some critique the rest (like feminist critical lenses), but they lead to a unity in diversity that is better grounded and relevant to those people groups than centuries of orthodoxy that white-washes over lived experience.

The great gift of theology in the 20th/21st century is that theology is contextual: it has a people group, it has a face, and it has a lived experience that shapes theology more than 1300 years of faux rigidity.

And yet we are united in our efforts to accomplish what Matthew lines out: feed the hungry, clothe the naked, visit the accused in prison, and–elsewhere–to stand with the migrant, the orphan, and the widow. Those common actions unify us when they are done in concert with flexible belief systems, leading to a synchronicity impossible otherwise.

Our call today is to draw out the historic Christian teachings of hospitality, charity, love for God and neighbor, and the ever-widening circle of God’s love for people of all genders, identities, orientations, ethnicities, and other markers of the human condition. That is the real Christian tradition, sometimes forgotten, sometimes outright violated, but a tradition worthy of Christ nonetheless. We find our unity in the harmony of loving God and Neighbor, in acts of mercy and justice, and allow some variety in beliefs to accomplish this good work.