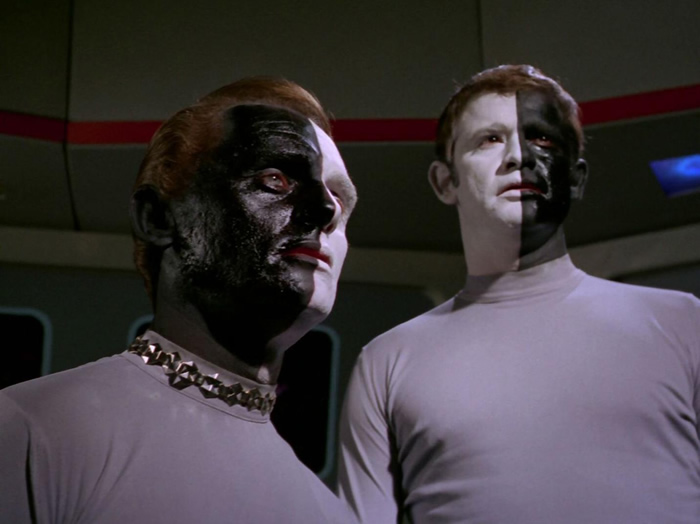 As American conservatives tighten their grip on The United Methodist Church, will Progressives continue to be seen as “less-than” Methodists?

All They Have Left

In 1969, the third season of the Star Trek television series, the Enterprise happened upon two wayward spaceships that had two strikingly similar aliens on them. The aliens had distinctive faces that were half black and half white, but the two aliens had the contrasts on different sides of their faces (see picture above – note: I got a comment about “blackface” which I apologize for the visual association but the context critiques that very practice).

For the entire trip back to their home planet, the aliens fought and fought because of this difference. When they arrived, they saw their planet had been completely destroyed by the war between the two 99.999% similar people. They were the only two left of their race (or as they saw it, races).

Instead of the last of their kind seeking reconciliation, they continued to quarrel, and the Enterprise had to beam them to the planet to settle it alone. In the final scene, Lieutenant Uhura asks if their hate is all they ever had. Captain Kirk replies:

Science Fiction makes it easy to depict what it looks like to see people who are so similar to one’s self as completely “other.”

While hatred is not any sentiment I have felt by brothers and sisters in Christ, the act of seeing people you disagree with as completely “other” and “not part of your people” is an increasingly lived experience for progressives in The United Methodist Church.

Here’s three General Conference 2016 experiences told first-hand to me that depict this experience:

The othering of Progressives continued after General Conference with a long treatise by Dr. Billy Abraham, who makes denigrating the intellectual ability of progressives a yearly effort. Here’s how he described progressives in his post-GC article:

They have already set themselves apart as the true church in the councils of the denomination by donning their own dress code as a badge of a new identity. Many of them display all the hallmarks of the sects of old in zeal and bigotry but do not have the courage to leave the church from which they are radically alienated.

Like a nature scene commentator describing an animal on foreign soil, progressives are depicted like an aboriginal tribe with quaint customs, while using warm “us” language to describe one’s in-group. Abraham is now one of the principal thought leaders of the Wesleyan Covenant Association. 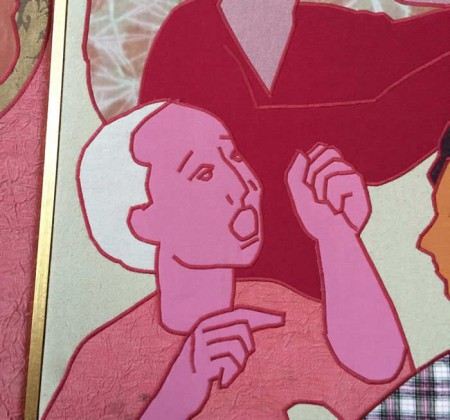 Othering in History and Scripture

To clarify, “Othering” is a practice to view a person as intrinsically different than you:

By “othering” we mean any action by which an individual or group becomes mentally classified in somebody’s mind as “not one of us.” Rather than always remembering that every person is a complex bundle of emotions, ideas, motivations, reflexes, priorities, and many other subtle aspects, it’s sometimes easier to dismiss them as being in some way less human, and less worthy of respect and dignity, than we are.

It’s essentially tribal thinking, where the out-group threatens the in-group whether they are 99% identical or 50% different–and it is present in the Bible.

This psychological tactic may have had its uses in our tribal past. Group cohesion was crucially important in the early days of human civilisation, and required strong demarcation between our allies and our enemies…there’s a powerful evolutionary drive to identify in some way with a tribe of people who are “like you”, and to feel a stronger connection and allegiance to them than to anyone else.

Othering began in Scripture with Genesis 11 where Babel scattered the people who sought to build an affront to God, but was wiped away with the vision of the Kingdom at Pentecost in Acts 2 where all heard the same language, which finally culminated in Revelation 7 when every nation, tribe, people and language gathered before God together.

Othering is no more in the Kingdom of God…and it shouldn’t be on earth either.

The reality is that very very little separates average moderates, progressives, and conservatives in United Methodism.  It may be that the online community are the outliers: the extremes of left and right that more personify the Star Trek conflict with one another than the average Methodist. Entirely possible. But I fear this type of “othering” being done may be more a matter of “Do unto others what was done unto Us” in United Methodism.

Until their takeover of United Methodism in the late 1980s, American Conservative Evangelicals complained of similar othering behavior towards them by the mainline leadership. While I cannot verify individual anecdotes or have data to quantify it, I’m certain it happened as we all share this human tendency.

So the responsibility now is on the conservative evangelicals as they continue to govern our denomination:

Time will tell if the new guard is the same as the old guard, and if progressives have more “othering” to endure going forward.

My hope is that we are not driven by our lesser angels to the point of division over tiny deviations in our Wesleyan makeup.

The American President Abraham Lincoln ended his First Inaugural Address with these words:

We are not enemies, but friends. We must not be enemies. Though passion may have strained it must not break our bonds of affection. The mystic chords of memory, stretching from every battlefield and patriot grave to every living heart and hearthstone all over this broad land, will yet swell the chorus of the Union, when again touched, as surely they will be, by the better angels of our nature.

As journalist Dan Rather put it on Facebook: “It was the eve of the Civil War and sadly Lincoln’s call for sanity, cohesion and peace was met with horrific violence that almost left our precious Union asunder. We cannot let that happen again.”

My hope is that it does not happen again either for my church just as we may be on the cusp of finding new ways to live together.