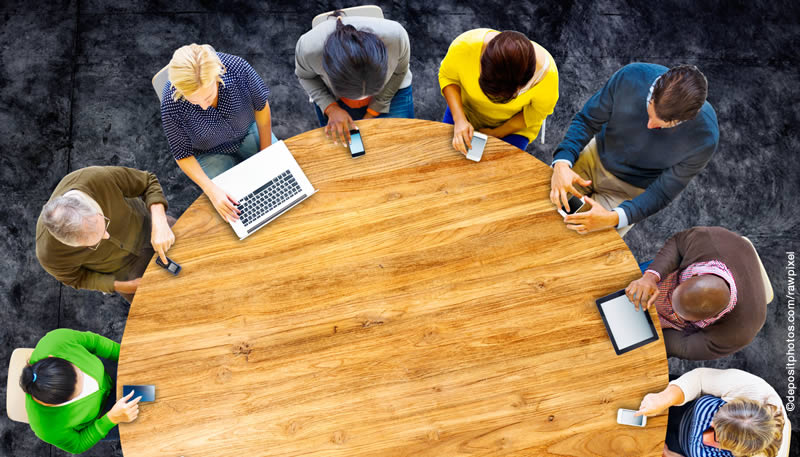 Methodism has been crowdsourcing theology, social justice, accountability, and listening to the Holy Spirit since before it was cool. 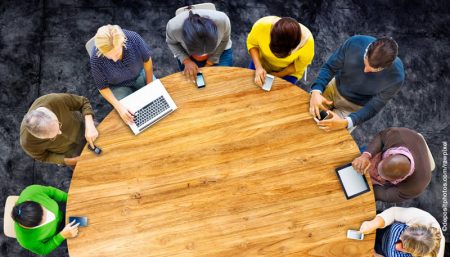 Bad: A Vote By the People?

If I want to find a good place to eat, a dry cleaner, a gay-friendly church in a far-off town for a friend, or an esoteric United Methodist fact, I don’t Google for recommendations anymore. I don’t rely on the professional Zagat rating, the Better Business Bureau, or that a church has “we welcome everyone” on their website.

Instead, I post an update to Facebook with the title “Crowdsourcing” and the question.  It’s not objective search results that matter to me: what matters more to me are the recommendations and evaluations by my close friends and online contacts.

I thought of this practice today as I was forwarded a tweet by a fellow United Methodist clergyperson that said:

“We disdain orthodoxy b/c we think our votes count moreso than the Bible, the saints, apostles, & martyrs of the church.” (source)

As I read it, I thought “What’s the problem? Methodists do believe that, because we’ve been crowdsourcing for the Holy Spirit’s lead since our beginning.”

Methodists have been crowdsourcing theology since before it was cool.

In May 2016, I was invited to speak at a gathering of progressive Methodists in Houston, Texas. The morning before, I had the pleasure of hearing Dr. Darryl Stephens present a speech on his new book Methodist Morals. During the speech, he shared a fascinating line:

In Methodism, we don’t have a magisterium of Christian teaching. We just have each other.

In the Roman Catholic Church, their magisterium is the church’s office that establishes its own teachings, with the approval of the Pope. This central source allows for every decision and doctrine to be weighed against this central authority.

United Methodists, on the other hand, have no magisterium. We don’t have an office that creates “correct” doctrine. Instead, we create and vote on our doctrine at our every-four-years General Conference. Some doctrine is “higher” than others because of how difficult it is to change (simple majority, super-majority, insane super-majority, etc). But the vast majority of doctrine, while informed by the Bible, saints, apostles, martyrs, reason, tradition, and collective experience, is up to a vote. You mischaracterize Methodism if you deny this reality.

As I’ve shown in a systematic series below, authority to crowdsource theology comes from Jesus himself, and it is given to the Church to determine how to live out the Biblical record. Read more here:

As well, Methodists have been crowdsourcing accountability since before it was cool.

Early Methodists were formed into class meetings and Wesleyan bands that “watched over one another in love.” This meant that they met together on a weekly basis in small groups and asked each other a set of questions. They didn’t do a scripted Bible Study, no Beth Moore, or memorize Wesley’s sermons. They talked to one another and asked “how is it with your soul” and other questions.

Accountability for Methodists was face-to-face and peer-based, not the system of disconnected complaints and vertical appeals to centralized authorities that we venerate as “The Covenant” today. Indeed, crowdsourcing accountability even today leads to creative and helpful solutions to Methodist problems.

Finally, Methodists have been crowdsourcing social justice since before it was cool.

Theology Everywhere, a weekly blog by the Methodist Church (UK), addresses this subject in an article by Roger Walton:

It is clear from the work of David Field that Wesley considered the outward expression and the sure sign of holiness to be ‘justice, mercy and truth’ and that ‘works of mercy’ were a means of grace.  Summing up his careful analysis of Wesley’s writing on the relationship between justice and holiness, he states:

‘Works of mercy are a means through which God encounters and transforms people’s characters; they manifest a transformed character and through this manifestation they lead to further transformation. They are an expression of holiness and a means to become more holy.’

In other words, participating in the missio dei, including the struggle for a just society, takes us to many and various sites of social holiness where grace is readily available.  It is in our participation, whether gathering for praise or campaigning against injustice, that we are formed by grace.

We see that social holiness leads to social justice. Watching over one another in love, seeking to love your neighbor, includes seeking to advocate against injustice they describe in their life. Social Justice–what Cornell West calls “love in public”–is a required component of social holiness, crowdsourced in small groups and large movements.

We must stop this Crowdsourcing!

We may not be crowdsourcing much longer.

The Pendulum has swung the other direction these days as segments of United Methodism seek to take authority away from the people and cement authority into faceless entities and lists of laws and creeds to be lived out in rote.

The movement to centralize authority in The United Methodist Church is seen clearly in increased appeals to orthodoxy, the formation of the Wesleyan Covenant Association, and the constant drumbeat of schism. They point fingers at actions of LGBTQ inclusion as evidence that some people don’t deserve this crowdsourcing authority anymore, and that their votes, bishops, money, and churches should be taken from them or cast out into the outer darkness.

I get it. The Holy Spirit is unpredictable. Humans are messy. The different regions of Methodism yield different interpretations of Bible and Discipline, and our different mission fields have their own zones of accountability. And so it makes sense to want to replace Holy Spirit crowdsourcing with lists of laws and doctrinal litmus test Creeds which are predictable and can fill a page with so much text that the Holy Spirit cannot find a pixel to lay her head.

But we are Methodists. We do this crowdsourcing because of a powerful belief in the Holy Spirit. The entirety of the Wesleyan family tree of theology does. From Pentecostalism’s emphasis on the Spirit in worship, to the stuffy United Methodist system for corporate discernment, the Spirit reigns. And we must live into this tension rather than dismiss the people’s voice in favor of narrow interpretations of Christian tradition.

My hope for my beloved United Methodism is that we do not cede our God-given authority away from messy human engagement of the Holy Spirit (which well describes the entirety of the Biblical narrative) and give that authority to the same type of lists, doctrines, practices, and purity codes that Jesus encountered from the Pharisees. The problem wasn’t the content of the doctrines: it was the enforcement and application of them devoid of compassion and without channels to challenge abuses of authority.

May we be better.

Thanks for reading and your shares on social media. They are appreciated.