Home/Theology/Chiming In on the Wesleyan Quadrilateral 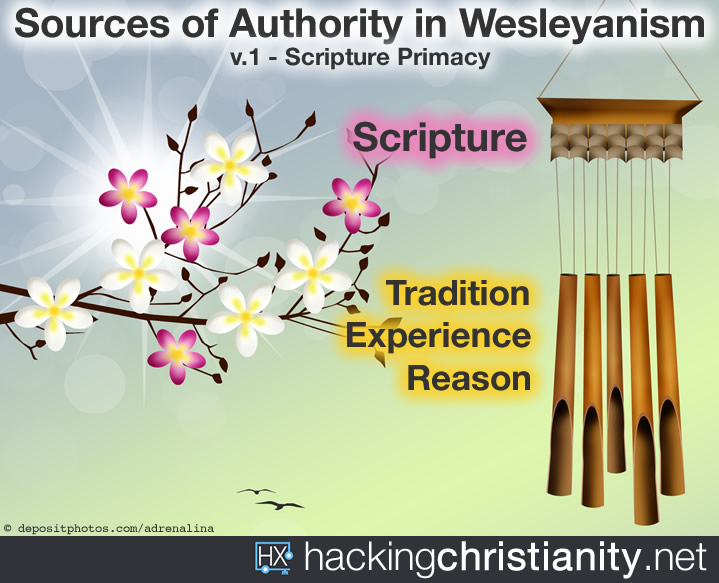 Engaging a novel model for the sources of authority yields the diversity of interpretations around “The Wesleyan Quadrilateral”–and one that seems the most right. 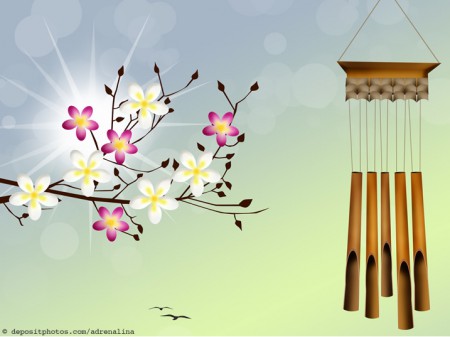 While internet groups are usually wretched hives of scum and villainy–even Christian ones–sometimes they happen upon fascinating theological discussion. This past week, a post in a United Methodist Facebook group caught my eye as it debated a particular image for the four sources of authority in United Methodism–commonly called the Wesleyan Quadrilateral. Here’s the thread and the leading quote:

I think what is lost is the primacy of scripture in the quadrilateral. I like [the image of a] wind chime…Tradition, reason, and experience are important pieces, but they must be filtered through scripture. Most of the arguments you see come down to how that filter works and differing exegesis.

I resonated with that image as it gave movement to a weird polygon shape. Rather than running circles around an exegetical box, it instead named the sources of authority.

If we were to overlay that theology onto an image of a wind chime, it would look like this: 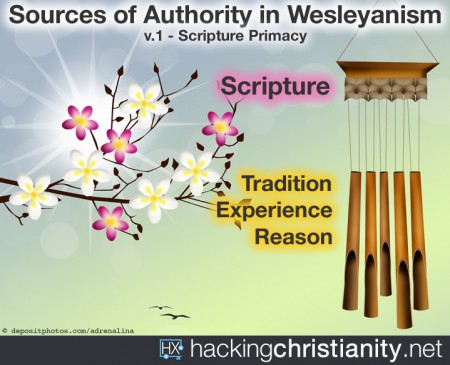 Using this model, when the Spirit blows, Tradition, Experience, and Reason make music out of the Spirit, but it is all held together with Scripture as primary. Without Scripture, the other sources are just noisy gongs or clanging symbols.

As a primer, the four sources of authority in Wesleyanism are defined as such: (from UMC.org)

John Wesley did not formulate the succinct statement now commonly referred to as the Wesley Quadrilateral. Building on the Anglican theological tradition, Wesley added a fourth emphasis, experience. The resulting four components or “sides” of the quadrilateral are (1) Scripture, (2) tradition, (3) reason, and (4) experience.

These four elements taken together bring the individual Christian to a mature and fulfilling understanding of the Christian faith and the required response of worship and service.

So the internet discussion poster harmonizes with the official beliefs of The United Methodist Church whose polity currently reflects this primacy of Scripture (see v.1 above).

…But in what order?

However, Wesleyan theology has not been static over the decades, and there’s many different models within Wesleyanism.

Before 1988, scripture was not primary for United Methodists and the Wesleyan Quadrilateral was more on even level as it looked like this: 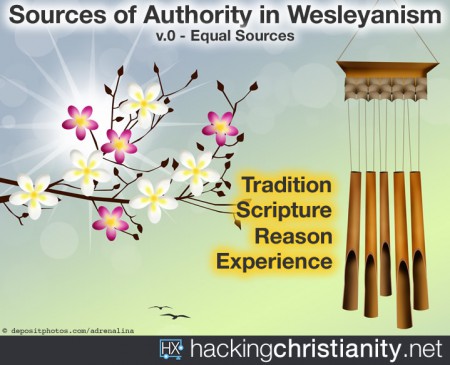 Additionally, in the internet discussion thread, the poster did not go unchallenged. Several commenters chimed in (yuk yuk) with their own interpretations.

My polity professor in seminary, a retired Bishop, said that while scripture has spiritual primacy, we need history, science, studies of languages and culture, as well as other disciplines to be able to read it well and truly. He said that the seeking of truth much more often begins with experience…either an experience of God or an experience of life…which we then go to Scripture to help us understand…which we then look to other scholars and writers and commentators and historians to help us understand…and reason to help us balance it all, to toss out what conclusions or interpretations don’t fit as untruth, and claim the rest. 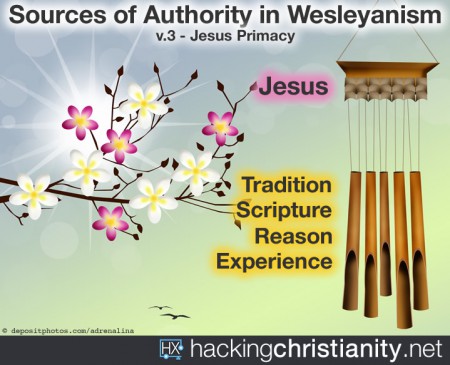 For these perspectives, when the Spirit blows, their chimes ring in a different way, and we can argue round and round over which chime should be on top.

Chiming In As the Body of Christ

For me, I resonate most with this commenter’s take on it: 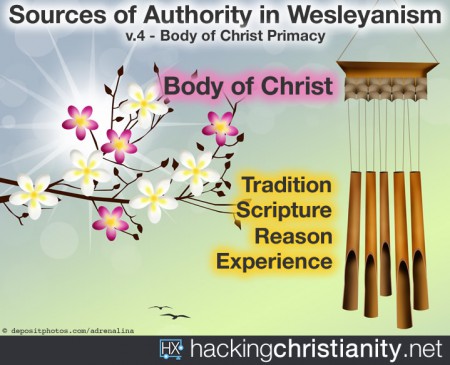 Previously, I’ve written about the ability of the Church to determine how to interpret their sources of authority: an ability given by Jesus Christ himself. Briefly:

For more, read in order:

So in my case, my chimes look like the above (Version 4), which I don’t believe is in conflict with the official United Methodist four sources theology. The Body is so important, and while flawed at times, I believe it is in the various bodies of the Body of Christ that the diversity of binding and loosing lives out most effectively. Ecclesiology truly matters.

What chimes best reflect your beliefs?

Sound off in the comments, and thank you for your shares on social media.