Home/United Methodist Church/The #UMC is a Train Wreck, but who are really the Conductors?

GC2016 was not a “takeover” but rather exposed the continued governing disfunction of decades of conservative control.

It happened first in the receiving line at my local church.

It was the first Sunday after General Conference of The United Methodist Church had ended in my host city of Portland, Oregon. I preached the sermon (adapted for popular reading here). In the receiving line, there were the usual conversations. I welcomed visitors–30 missionaries visited that day–and took a selfie with someone I knew on social media and finally met in real life.

But then there was the gentleman in the hat.

He walked up to me, looked me in the eye and said “You’re angry.” Discerning a stock answer would not satisfy, I said “It’s more pity than anger.” The wrinkles in his face reconstituted into a smirk. “Yes, it is, isn’t it? Who would want this racehorse now that’s he’s been wounded?”

He walked on, and I did the rest of the conversations on auto-pilot, my mind swirling over what he had said. And me: why did I say I pitied the Church?

Turning the Tide or More of the Same?

I do pity the people who believe the story they’ve been told.

After General Conference, blog after blog after tweet after tweet declared the winners and losers in post-GC United Methodism. They all had a common theme: the conservatives had won. We had been forced out of the Religious Coalition for Reproductive Choice. We did not divest from Palestine or Fossil Fuels. We did not loosen LGBTQ restrictions. All the caucus group fundraising appeals pointed to these victories and celebrated like Red Sox fans after they beat the dang Yankees.

I’m not good with sports metaphors. But the reason why the Red Sox celebrate is because the Yankees are the better-funded baseball team, and beating them is an underdog David v. Goliath victory.

However, that’s just not the case in The United Methodist Church. Since the 1980s, The UMC has consistently become more conservative in polity and practice:

In 1988, the General Conference successfully removed pluralism as an official tenant of our faith, declared scripture to be primary, and re-wrote the theological task section of the BoD (which made it more in line with evangelical thought)…In the past 40 years, we have seen the emergence of Good News, the Confessing Movement, the Mission Society, Bristol House Books, Renew, the IRD and UMAction, Transforming congregations AND Lifewatch.

Simply put, counter to the narrative of evangelical oppression in the UMC over the last 40 years that has finally found victory, what we actually see is continual ownership. The church has not overthrown its progressive overlords at last–no, this is more of the same.

I’m not sure what they were expecting when progressives have been and continue to be a minority perspective within United Methodism. Progressives knew the likely outcome–how is this a surprise to the majority culture?

The reality is that what those more conservative in United Methodism achieved was making The United Methodist Church even more ungovernable than it already was.

As you can see, both the legislative and executive branches of United Methodism have become more ineffective and toothless under decades of conservative control. Like in American politics over the same time frame, conservatives are able to protest but not to govern–even when they are in the majority.

The question remains whether the majority is ready to claim responsibility. Conservative Evangelicals are quick to point to the errors of The UMC, and have done well the past 30 years of pointing fingers and railing against the institution. But this General Conference confirms that narrative is not true: Methodism has been a majority Conservative church, and Progressives are in the minority at every level of the Church.

There’s no one left to point fingers at.

When I meet conservative Methodists who honestly believe they have saved the Church, I admit I do look at them with pity–pity at the way how they’ve been had:

I believe Conservatives thought they would be saving the church by voting in lockstep with those caucus groups dedicated to keeping LGBTQ Inclusion from the UMC.

They’ve been had, because what these caucus groups have wanted all along was to dismantle The UMC as they know it and reform it in their image. Even at this General Conference where they were in the majority in every aspect, the same caucus groups still want to be able to split away and take as many churches with them, recognizing their prize racehorse is not worth it to them anymore. 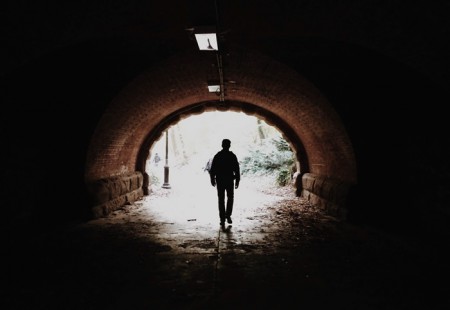 “The Christians that Wesley envisioned can still be found here, but the denomination itself is more reflective of the violently exclusive church Wesley tried to fix in his day.”

I am a member of the progressive minority in The United Methodist Church. And I still want this Church. This broken, battered, dinosaur of a Church that denies full participation by its members, disempowers women, and has legislated itself into an ungovernable corner…I still want this Church to be the best example of God’s kingdom here on Earth.

And either way, progressives will still be here, working for, tithing to, and still living out Wesleyan Methodism. I just hope it isn’t too late when the conservative majority realizes they need a left and right wing to fly.