Home/Church Talk/Sowing Seeds Upon Thorny Ground in The #UMC 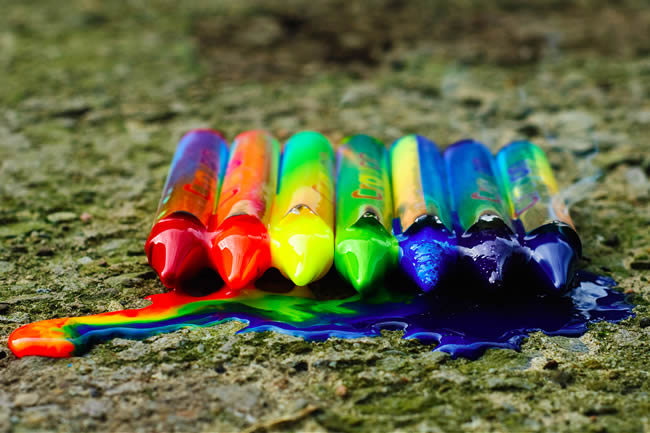 A guest essay by my seminary friend Dr. Grenfell-Muir explores the root of anti-LGBTQ sentiment and applies a feminist critique to The United Methodist Church. Read on!

This past weekend, my region of The United Methodist Church gathered to meet at its annual conference. Here in New England, our conference tends to be comparatively quite progressive on issues of same sex marriage and ordination, and I’m glad the conference has decided to dedicate more focus than usual to the issue of overcoming homophobia. I totally support their efforts. I wept with joy when I found out that our conference had voted to disobey the homophobic parts of our discipline. I cheered aloud when I read that the Desert Southwest and California Pacific conferences had followed suit. I am absolutely thrilled that large swaths of my church have taken steps to try to end homophobia forever.

I’m not saying it’s wasted effort. On the contrary, we must absolutely engage in advocacy for LGBTQ equality at all levels and work to dismantle homophobia through changes in policy as well as culture. I passionately applaud the brave and beautiful prophetic work of LGBTQ persons and allies over the decades, and I believe we must all join in a multi-pronged strategy to help these efforts succeed. These latest steps are enormous accomplishments that result from decades of painful, persistent labor by courageous, inspiring saints. I am humbled and awed by their dedication.

But I’m afraid it will not be enough.

The way my church has been tackling homophobia has been almost entirely superficial and symptom based. It’s as though someone breaks her arm, which causes terrible pain in three fingers. Rather than setting and casting the broken bone, we are applying a numbing cream to the sore fingers. It’s as though a burning fuel line keeps igniting a certain house, and we keep pouring water on that house rather than battling the source fire itself. We are ignoring and perpetuating the root causes of homophobia, even as we lament and fight the violent fruits of our own diseased labor.

The ax at the root of the tree

The root of homophobia is patriarchy. Homophobia arises from toxic masculinity, the sexist idea that maleness must be superior to femaleness and must involve physical strength and domination, aggressiveness, coercion, and violence. Toxic masculinity forbids men to have traits deemed feminine – to be weak or vulnerable, to need help, or to feel their authentic emotions (other than anger and some pleasure). Within the framework of patriarchy, a male God sits at the top of the hierarchy, followed by men, women and children, animals, plants, and finally inanimate objects. For a man to be penetrated by a man upsets this hierarchy and threatens this social order in which men dominate. For a woman to choose another woman and not to be penetrated/dominated by any man defies her proper submissive place in the hierarchy. Homophobia is indeed fear: fear that these disruptions of the social order will allow chaos to destroy the community.

Until we dismantle and heal patriarchy, homophobia will always fester.

As sociologist Lisa Wade has pointed out, the recent mass slaughter in Orlando, the lenient sentence given to rapist Brock Turner, and a spate of other misogynist crimes all arise from the same toxic masculinity. I cannot be surprised by the rise of openly racist, misogynistic, chest-thumping politicians in a society such as ours – they are the natural result of a society that structures itself according to patriarchy.

Now, my progressive church hardly condones homophobic attacks, rape, or extremist politicians. We sing hymns about accepting each other, hear sermons about inclusivity, fly rainbow flags, march in Pride, ordain women, –we even have a large number of clergy and congregations who openly defy our denomination’s rules against same sex marriage. And week after week after week, we steep ourselves in the patriarchy to which we are blind.

Our scriptures and hymns are full of patriarchal symbols and language – Lord, King, Master, Ruler, Governor, Kingdom, Father, He, Him, His. We are taught submission to the male Ruler: you are the potter, I am the clay, have thine own way, feudal Lord. Hymns about winning battles remind us that we have aligned ourselves with the King of kings, the biggest Goliath on the block.

The structure of our worship services promotes subservience to the King and His representative priests, as we sit down below the exalted, robed figurehead while he/she tells us what to think and what to do. Gold colored crosses and candlesticks, and sometimes other displays of incredible opulence, reinforce the palatial and regal power of the King. Magic tricks during ceremonies are only efficacious when done by royally vetted court magicians. Every movement is carefully orchestrated to express proper deference and humility to the Mighty Oz, whom we fear and laud. We worship money, status, and authority.

Rather than setting up a critique to the nationalistic patriarchy of the state, we embrace and mimic it, in a pathetic attempt to safeguard our King’s power with state power. We put American flags in the front of sanctuaries, sing nationalistic hymns, and include militaristic holidays in our worship. It reminds me of Tolkien’s Saruman imitating Sauron’s enormous Barad-dûr with his little Orthanc tower. Far from a prophetic alternative, we reinforce patriarchal nationalism and its values of coercive power, worldly loyalty, and physical violence. We worship the neighborhood bully.

Our structures are based on disconnected power imbalances, in which strangers far away make decisions and impose their rule on communities. Legal systems have nothing to do with consensus and everything to do with coercion. Congregations can abuse their pastors with impunity or be abused by pastors or parishioners without recourse. The very nature of our system of bishops, councils, and assemblies, rather than the providing a “connectional” community, perpetuates hierarchical power imbalances and divisions.

And feminism is a dirty word, even in progressive circles. It makes sense that within a deeply patriarchal system, the naming of the root disease will cause unease. Many, many progressive pastors speak out against homophobia. (How heartening that so many congregations across the country cheered aloud at finding out about our ecclesial disobedience!) Very few clergy use only inclusive language in worship. (How many congregations would cheer if our conference voted to have gender-balanced worship liturgies? Yet, who among us would consent to hymns and prayers of “Dear White God” or “Dear Straight God”?) Still fewer clergy throw off their status as “King’s representative” and empower laity in consensus-based and egalitarian worship and church structure. It feels good for clergy to stand in front of a congregation and sense their respect. It feels good for laity to see their charismatic and powerful leaders exalted above the common folk, spreading the lofty umbrella of Kingly protection and approval. We worship the mighty Y chromosome.

Therefore do not be anxious

We are terrified of change, and we are terrified to let go of the illusion of safety we get when we dangle from the coattails of patriarchy. We want to be safe. We want our King to protect us. We want the safety of being right, being superior, and being protected from harm. But safety is an illusion. We can never be safe. We can only ever be free.

We follow a Savior who does not make us safe. Jesus went to the cross in defiance of diseased, oppressed power imbalances. We should not worship the coercive power of the crucifiers, but rather, the freedom of crucified. Only when we empty ourselves of the need to be safe, will we find the powerful freedom we need to liberate ourselves, our communities, and our world.

Our faith tradition contains many stories about how our communities got this wrong, over and over. But over and over, our stories show how our faith keeps us trying. It’s time for another try. In addition to our crucial LGBTQ advocacy, it is time we took an honest look at how our fear traps us in structures that reward imbalanced power, traps us in worship and systems that destroy community and oppress us all. It is time we allowed the last to be first, and then threw away the hierarchies altogether. It is time our leaders were our servants, and then we all were servants together. It is time to stop crucifying Jesus on our crosses of fear, and to start displaying the bold faith of Pentecost.

For all are one

Finally, we must resist the temptation to let our egos divide us up into smug factions of self-righteousness. Sure, it’s easy for most progressives to see how homophobic ideas cause incredible harm, and we must absolutely create and preserve safe spaces for oppressed groups, free from the violence of homophobia. But we all have logs in our eyes of one kind or another.

We will never achieve the perfect church/human community, just as we will never achieve a static state of personal perfection. The effort to find a flawless church (or secular community) is just another kind of fear-based divisiveness, an attempt to build a ladder and climb above other people.

The kin-dom is a connected kindred of all creation, wherein our illusions of separateness vanish. Whatever is done to the “least of these” is done to us all. In fact, there can be no “least of these” in the kin-dom. Let us embrace a radical redemption of our church. Let us have clergy who are neither abused nor exalted, simply trained as beloved, empowering mentors. Let us have worship that creates connectedness and egalitarian sharing of the unchained Pentecost Spirit. Let us have justice systems based on consensus and respectful community. Let us co-create the kin-dom of JustPeace in which the very idea of homophobia is simply laughable. We are all one, all equal, all beloved and blessed. We are all free. Together. 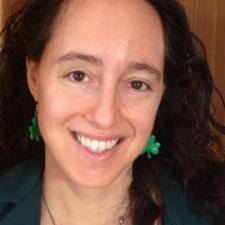 Trelawney Grenfell-Muir is an adjunct professor in the Department of Conflict Resolution, Human Security, and Global Governance with a specialization in Cross-Cultural Conflict at the University of Massachusetts, Boston. She holds an M.Div. from the Boston University School of Theology with a concentration in Religion and Conflict, and a Ph.D. in Conflict Studies and Religion with the University Professors Program at Boston University. She was a fellow at the Institute of Culture, Religion, and World Affairs and at the Earhart Foundation. Grenfell-Muir has conducted field research in situations of ongoing conflict in Syria, Lebanon, and Northern Ireland. Her dissertation explores the methodology, constraints, and effectiveness of clergy peacebuilders in Northern Ireland. She has been an invited speaker in community settings and at Harvard, MIT, Boston University, Tufts, and Boston College on topics of gender violence, economic injustice, and religious or ethnic conflicts and has also moderated panels on genetic engineering, cloning, and other bioethics issues.