Home/Reviews/While we are trying to run the world, Jesus saves it from us. [Review] 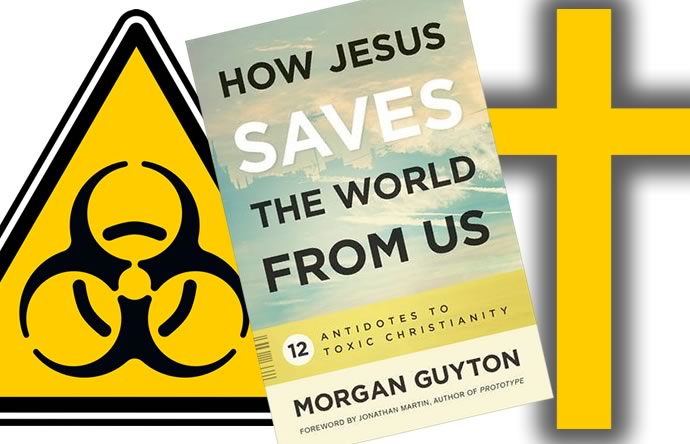 Many blogs use a hermeneutic (lens) for how they depict and often critique Christianity. Some see it as a battle to be won as they defend the Faith. Some see it like a computer system that needs to be hacked to be open to more people. And some critique common Christian concepts to make them better.

For Rev. Morgan Guyton, a pastor in Louisiana, there’s a toxic form of faith that is prevalent both online and that needs antidotes to keep the toxicity from spreading. 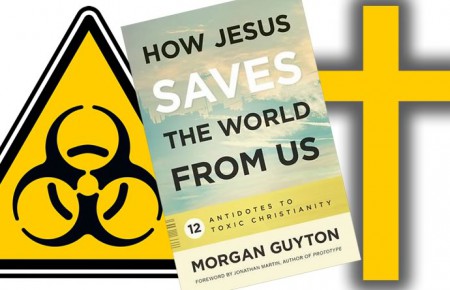 Morgan Guyton knows a lot about toxic Christianity in ways that I don’t. Guyton is an evangelical (or perhaps post-evangelical like Rachel Held Evans), and though I grew up in the Bible Belt, I didn’t absorb evangelicalism’s excesses and sins as “my people” like Guyton did. He’s also the target of a sludge of trolls online that follow him around, ridicule him, and even make fake accounts to pester him. Even in the midst of my high level of online engagement, I’m not subject to that level of harassment.

But gracefully, and instead of targeting people, Guyton in his book How Jesus Saves the World From Us takes a more diagnostic view of how some Christian practices and attitudes have lost its way, either by completely losing sight of a biblical principles, or calcifying morals it in such a way that only Pharisee applaud.

The twelve topics are:

My favorite chapter was “Solidarity, not Sanctimony” where Guyton discusses the Christian tendency to be obsessed with following the rules–in making others follow the rules. That’s the version of Sin that Guyton critiques by reminding readers that sin is also seen as a failure to love one another. Sin is thus both defined as a violation of the rules for a community, and also a failure to love one another. That dissonance makes the Christian life both self-reflective and other-reflective, even though this dissonance is only evident to some Christians, unfortunately.

The way to better deal with sin is solidarity: to stand with people and guide them back on the narrow path, which sometimes means noticing that we are not on the path either. Jesus has multiple instances when he chose the solidarity approach rather than the sanctimony he was expected to give. I like Guyton’s line:

“The goal of Jesus’ solidarity with all sinners and victims of their sin is to dismantle our divisions so that all humanity can be reconciled together.” (page 117)

Sin is used so often to divide right from wrong, in-group from out-group. Entire denominations were cleaved by differences of opinion on what is sin. And traditions like The United Methodist Church differ internally over LGBTQ inclusion and whether it is homosexuality that is a sin, or the exclusion of the homosexual that is a sin. So I ended his chapter wanting more practical suggestions for how to be in solidarity better, but perhaps the start of the conversation is what is most important in a 12-chapter 160-page book!

I found it to be an accessible book, and the 12 chapter breakdown makes it good for short study or serial book study for a local church. Pick it up here at Amazon (Kindle and Paperback): “How Jesus Saves the World From Us.”

(Disclosure: I received a review copy to offer an unbiased review, and book links are referral links)