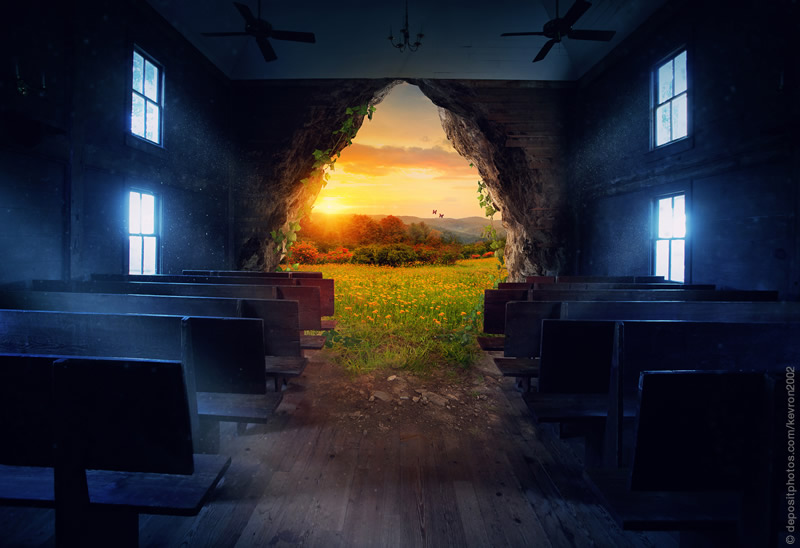 The UMC is dead. Long live the UMC.

Things can be incredibly volatile in this interim time, and we see that reflected in The United Methodist Church right now: our best qualities become used as weapons against one another.

At all levels of the UMC…

At all the concentric circles in The United Methodist Church, we see the old is dying and the new cannot yet be born.

The truth is that we know that life in The United Methodist Church is going to look different. We know. The only question is how powerful the reactions will be.

In at least two areas, the powers-that-be are invested heavily in “morbid systems” that seek to prop-up the dying church instead of embracing the new.

Authority is important in The United Methodist Church. Our three sources of authority (Experience, Tradition, and Reason) that reflect on our ultimate authority (Scripture) distinguish us from other churches who venerate one over the other and provide a balanced, reasonable approach. We live out these authorities, at our best, in The UMC’s concentric circles of authority that keep peers accountable to one another.

However, in the interregnum, authority steps in front of its legitimacy and becomes authoritarianism to stop the progress into the new way of being.

Folks may respond that “yes, we are afraid…for apostasy” and that’s probably true. But it is also true that authoritarian actions are keeping the new UMC from rising–many of which have been documented on this blog over the past 8 years.

The other problem with the interregnum is that the morbid system of uniformity is being propped up: the sentiment that the doctrine and polity of The United Methodist Church needs to be the same everywhere. While we’ve had diversity in our polity since the 1968 merger allowed regions outside the USA to make limited changes to their regions’ polity, it has rarely been acknowledged.

And yet for a quadrennia, we have had Methodism 2.0 where entire regions of United Methodism have lived into a New UMC where prohibitions against LGBT persons do not exist. Most recently, New York and Baltimore/Washington DC areas have said they will ordain clergy in spite of the restrictions. And the Central Conferences are more living into this regional diversity as Liberia excludes divorced clergy from becoming bishops (see UM Insight article here).

The Old UMC of uniformity and rigidity is dying, and the new one of unity and diversity is waiting to be legitimized and become fully present. But the bitter resistance continues. The drumbeat of schism as a reaction to every violation leads bloggers say The UMC will be “shattered” by unity without uniformity, failing to acknowledge we’ve always been this way. The old UMC is dying, but the morbid systems that feed off the dead are quite loud.

We know The United Methodist Church will endure, even unto death. We’ve overcome debates over clergywomen and the full inclusion of ethnic minorities. We’ve split in pieces, in half, and come back together. And each time, Methodists stood between a dying institution’s present and its successor institution’s resurrection or reincarnation. And we are again.

Let us enter fully into the interregnum and come out the other side in a church of more just relationships than before, full of the authority of Christ, and the unity that is more powerful than uniformity.