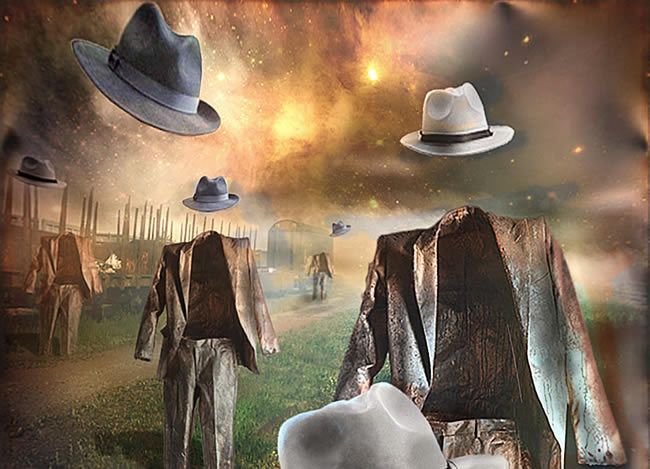 Faceless accountability is not the way to “save” the UMC clergy covenant–indeed, it may do more damage to it than anything involving gay people.

The United Methodist Church is big on accountability. Drawn from our founder John Wesley’s obsessiveness with circles of accountability and circuits of connection, Methodists are connected in intimate ways. We have a whole Book of Discipline that outlines the proper polity and practices of the people called Methodists, and what to do when those processes are not followed. When local church laity do not follow practices, the local church holds them accountable. When a pastor does not follow the practices, the annual conference holds them accountable. And so on.

As we get closer to General Conference in May 2016, there are concerted efforts for this type of accountability to replace our established system of accountability in The United Methodist Church. Whenever violations of LGBT exclusive policies take place and and it doesn’t end in defrocking, then the call for “more” accountability is made, even when the Discipline was followed to the letter. The argument is that because a disconnected party or a wider circle didn’t have a say, that must be why the resolution ended up not being the highest punishment possible.

The following is an examination of this troubling phenomenon in one exemplary case study, and one scary proposal for General Conference in May 2016. In short, faceless accountability is not the way to “save” the UMC clergy covenant–indeed, it may do more damage to it than anything involving gay people.

Last year, we considered the case of Ginny Mikita, a United Methodist laywoman who was on the ordination track in West Michigan. What brought her to national scrutiny was her presiding over the wedding of Benjamin Hutchison, a gay clergyman who was forced out of ministry a few days before his wedding. She was able to preside as a laywoman by receiving marriage credentials through the Universal Life Church, an online credentialing service.

What happened next stretched the bounds of accountability by any reasonable definition. A trio of clergy from outside West Michigan region (the region charged with accountability for their regions’ clergy and laity) wrote a demand letter (PDF) that not only was Mikita to be removed from the ordination process, but reasoned that she had already removed herself from church membership as well. The resulting uproar by the online disclosure of that letter (see our coverage here) led to many warring narratives as to what had actually happened and should happen–and whether the ULC is even a church.

Now, six months later, a thorough review of the facts and followups by UM Insight yielded clarity on the process, showing how after the demand letter and a subsequent error by Mikita’s District Superintendent, Mikita has remained in the ordination process. What happened is that the actual people charged with evaluating Mikita’s ordination and membership status followed The United Methodist Church’s prescribed processes, and came to a different conclusion than the disaffiliated letter-writers.

After an initial violation of process by the district superintendent, the Discipline was followed, the people charged with accountability were included and participated, and the result is that Ginny Mikita is still a candidate for ministry, despite the outcry by people outside the circle of accountability.

What would cause three clergy from outside Mikita’s sphere of accountability to write a demand letter? Simply put: a lack of trust that the West Michigan leadership would “uphold the Covenant” in the way the trio thought was right without their input.

A lack of trust, combined with a perceived need to “defend the faith,” leads to efforts to escalate accountability beyond its defined boundaries to give power to those ever more distant than the current practices.

And unfortunately, there’s one popular proposal for General Conference that supports these escalations--and indeed, takes them further than anyone may suspect. 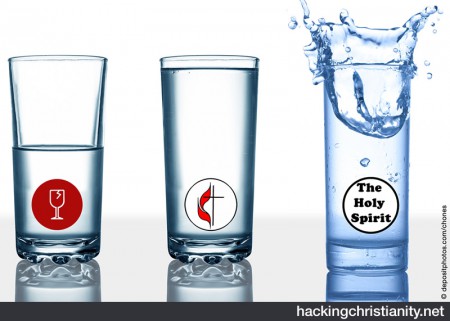 A CUP of Faceless Accountability

Faceless accountability is part and parcel of a major proposal before General Conference in May, and could very well become part of our polity unless more reasonable heads prevail.

Little wonder the supporters of the clergy trio support the CUP plan–it fits their narrative that accountability must be achieved by any means necessary. But do we want in our church?

When the powers are scared of losing control, the morbid systems arise.